J.J. Watt offers to pay for the funerals of the Santa Fe school shooting victims 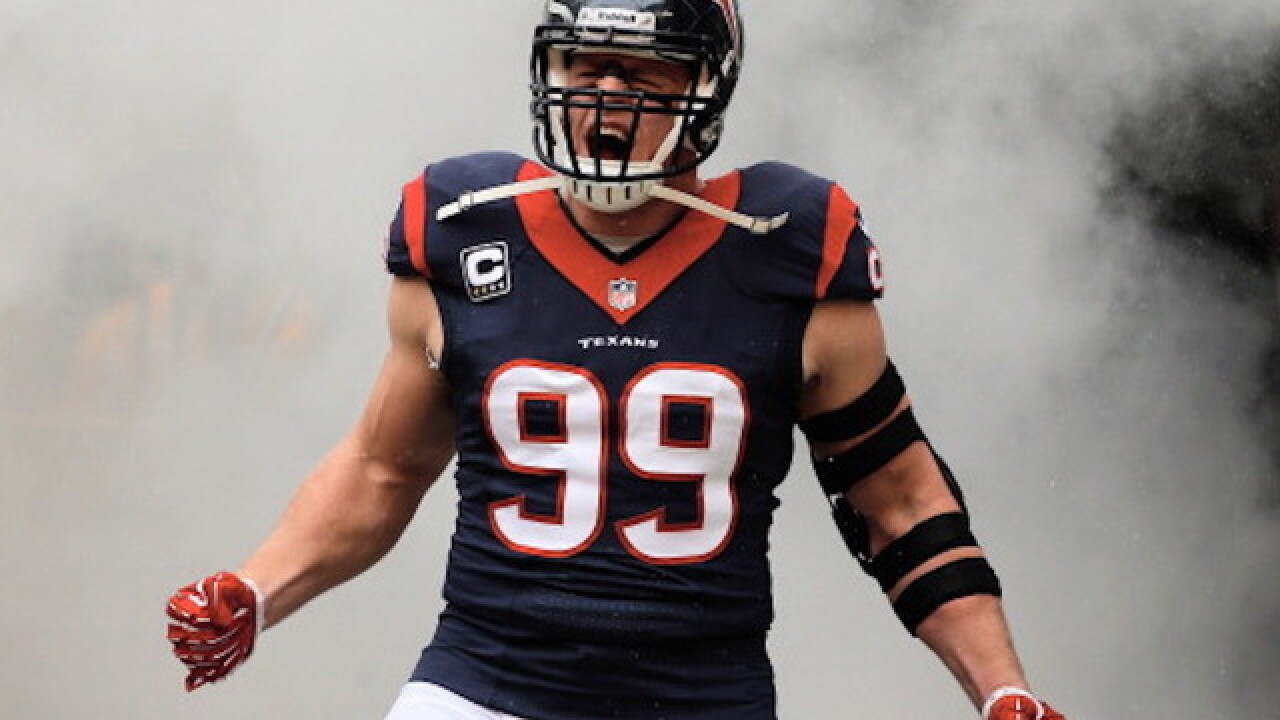 Image copyright 2018 Getty Images. All rights reserved. This material may not be published, broadcast, rewritten, or redistributed.
Scott Halleran
<p>HOUSTON, TX - DECEMBER 01: J.J. Watt #99 of Houston Texans enters the field before the game against the New England Patriots at Reliant Stadium on December 1, 2013 in Houston, Texas. (Photo by Scott Halleran/Getty Images)</p>

J.J. Watt, a star defensive end for the Houston Texans, has offered to pay for the funerals of the victims of Friday's school shooting at Santa Fe High School, NFL.com reports.

Ten people were killed in the shooting on Friday morning, and another 10 were injured. A suspect is in custody and has reportedly confessed to the shooting. He's being held without bond on capital murder charges.

This wouldn't be the first time Watt has stepped up for the greater Houston community in the face of tragedy. When Hurricane Harvey devastated the region in 2017, Watt helped raise $37 million in relief funds in just weeks.

Watt was awarded the NFL's Walter Payton Award for his efforts, which is awarded to one player each year for excellence off the field.