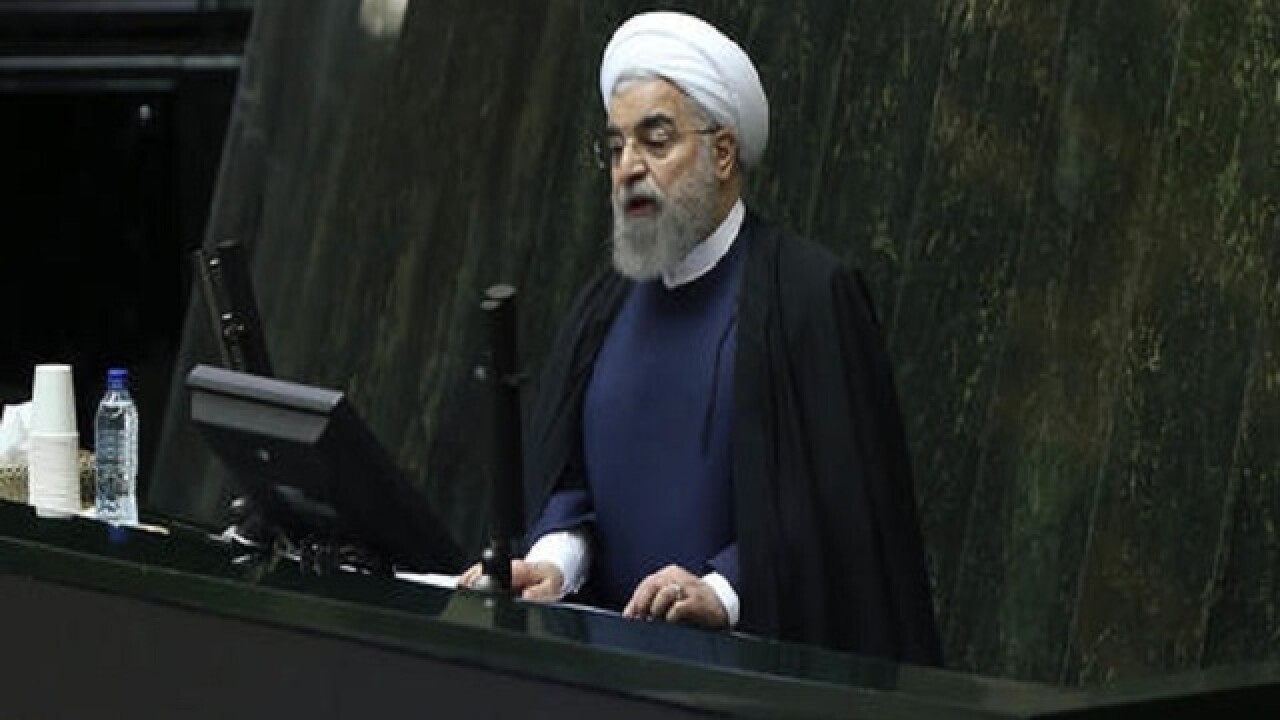 Vahid Salemi
<p>Iranian President Hassan Rouhani speaks while submitting his next year's budget bill in an open session of parliament in Tehran, Iran, Sunday, Dec. 4, 2016. Rouhani demanded Sunday that U.S. President Barack Obama not sign an extension of U.S. sanctions, saying the bill is a violation of a landmark nuclear deal between Iran and world powers. (AP Photo/Vahid Salemi)</p>

(CNN) -- Iran says it will ban all US citizens from entering the country in response to President Donald Trump's executive order limiting immigration from seven Muslim-majority countries, according to an Iranian Foreign Ministry statement published on state media Saturday.

Iran is among seven countries whose nationals are barred from entering the United States for 90 days under Trump's order.

"The US decision to restrict travel for Muslims to the US, even if for a temporary period of three months, is an obvious insult to the Islamic world and in particular to the great nation of Iran," the statement said.

"Despite the claims of combating terrorism and keeping American people safe, it will be recorded in history as a big gift to extremists and their supporters."

Iran's ban will remain in place until Trump's order is lifted, the statement said.

The other six countries listed in the executive order are Iraq, Syria, Libya, Somalia, Sudan and Yemen. Other nations may be added. The order exempts diplomats and members of international organizations from the ban.

The executive order also stops the admission of all refugees to the United States for four months.