How did Trump come up with the term 'Make America great again?' 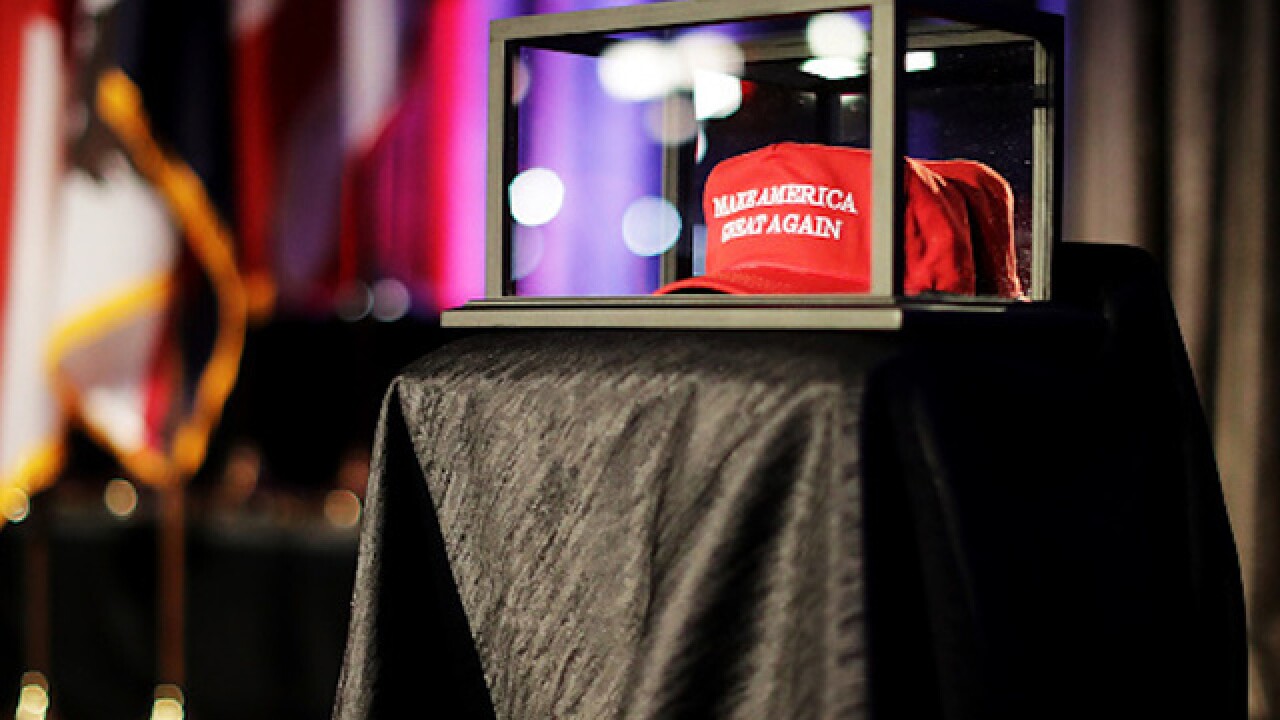 Copyright 2017 Scripps Media, Inc. All rights reserved. This material may not be published, broadcast, rewritten, or redistributed.
Chip Somodevilla
<p>NEW YORK, NY - NOVEMBER 08: A "Make America Great Again" hat sits in a glass case during Republican presidential nominee Donald Trump's election night party at the New York Hilton Midtown on November 8, 2016 in New York City. Americans today will choose between Republican presidential nominee Donald Trump and Democratic presidential nominee Hillary Clinton as they go to the polls to vote for the next president of the United States. (Photo by Chip Somodevilla/Getty Images)</p>

(CNN) -- In an interview published Wednesday with the Washington Post, President-elect Donald Trump explained how he thought up and ultimately settled on his now famous campaign slogan, "Make America Great Again."

The phrase, Trump told the Post, came to him the day after 2012 Republican nominee Mitt Romney lost the election, while he was sitting in Trump tower mulling a presidential bid of his own. Trump liked the phrase so much, he instructed his lawyers to trademark it.

Trump did indeed seek trademark rights to the term less than a week later, but Trump's history with the phrase goes back much further than the days following the 2012 election.

In December of 2011, Trump bowed out of moderating a Republican presidential forum sponsored by Newsmax, saying in a statement he was not ready to rule out running as an independent candidate after The Apprentice ended in May 2012.

His choice of words? "I must leave all of my options open because, above all else, we must make America great again," Trump said.

The next month, on New Year's Day 2012, reports surfaced of a group of Trump's supporters who had filed for an independent party to appear on the Texas ballot -- laying the groundwork for a potential Trump presidential bid.

Trump then took to the airwaves, appearing on Fox News three times over two days. In the interviews, he acknowledged how much he liked the name.

During an appearance on Jan. 2, 2012 on Fox and Friends, Trump was asked what he knew about the 'Make America Great Again' Party.

"Well I just heard about it, in fact, I heard about it on your show, and frankly I think it's a great name 'Make America Great,' because that's what it is all about, making America great," Trump replied.

A day later, on On the Record, host Greta Van Susteren again asked him about the "Make America Great Again" Party.

"Well, I do love the name, I think the name of party is fantastic, because that really is what it is all about. America soon will not be great," said Trump. "A lot of people would say right now it is not great.'

That same day, speaking with Neil Cavuto on Fox Business, Trump once again expressed how much he liked the party name.