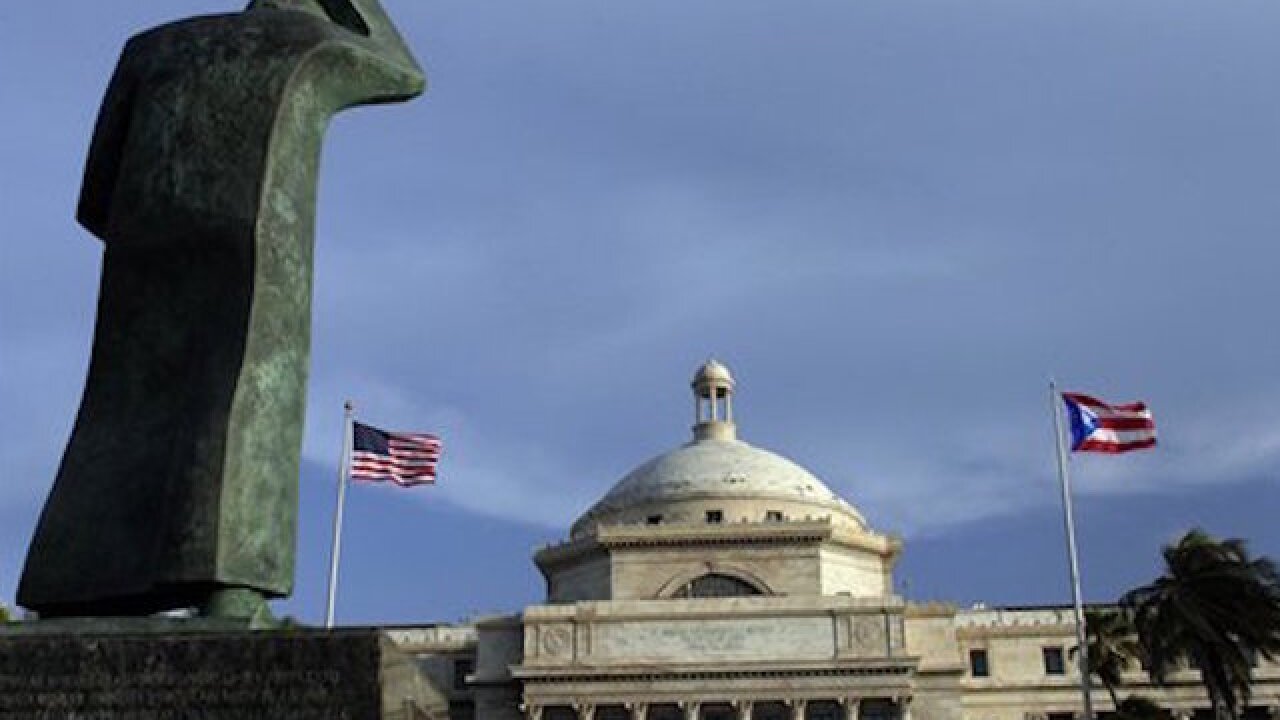 WASHINGTON (AP) — Puerto Rico can't use a local law to restructure the debt of its financially ailing public utilities as it tries to overcome a decade-long economic crisis, the Supreme Court ruled Monday.

The 5-2 ruling said that federal bankruptcy law bars Puerto Rico from enacting its own law to restructure about $20 billion in debt. The decision means the U.S. territory must wait for Congress to pass debt-relief legislation that would address its fiscal woes.

Puerto Rico lawmakers passed the law in 2014 to help cash-strapped utilities meet obligations to bondholders and creditors. Puerto Rico argued that it could enact its own measures since the island is precluded from using bankruptcy law. But lower courts struck down the law.

The commonwealth is mired in recession and cannot pay $72 billion in public debt.

Writing for the court, Justice Clarence Thomas said the plain text of the law bars Puerto Rico from enacting its own municipal bankruptcy schemes. He said Congress "would have said so" if it didn't want the exclusion to apply to the island.

The case has diminished in importance since Congress began considering legislation that would create a new control board to manage the territory's finances and allow the board to supervise some court-ordered debt restructuring. Help for the debt-stricken territory may be just weeks after the strong House voted Friday to approve the measure.

The new legislation contains language that would prevent Puerto Rico from using its own laws to restructure public debt.

Lawmakers had hoped to pass the legislation before May 1, when Puerto Rico defaulted on $370 million in bond payments. GOP leaders are now focusing on a July 1 deadline, when around $2 billion in principle and interest payments come due.

Earlier versions of a House bill came under fire from conservatives worried it would set a precedent for financially ailing states. Democrats worried the control board would be too powerful.

The island has been under a state of emergency and many businesses have closed, schools have lacked sufficient resources like electricity and some hospitals are limiting treatment. Puerto Rico's governor says the island can't pay the bonds without cutting essential services.

The issue before the high court was how to interpret a 1984 amendment to the nation's federal bankruptcy laws. The law allows states to let their cities and utilities seek bankruptcy relief, but it specifically excludes Puerto Rico — a territory — from doing so.

Puerto Rico lawmakers passed their own version of bankruptcy laws in 2014 to help the island's utilities meet obligations to bondholders and creditors. But a federal district court agreed with creditors — including OppenheimerFunds Inc. and Franklin Advisers Inc. — in ruling that the local measure is not allowed under federal bankruptcy law. The 1st U.S. Circuit Court of Appeals agreed.

Only seven justices heard the case. Justice Antonin Scalia died in February and Justice Samuel Alito recused himself. Alito owns shares in a tax-free fund that invests in Puerto Rican bonds and is involved in the case.