Granny surprises armed robber with gun of her own 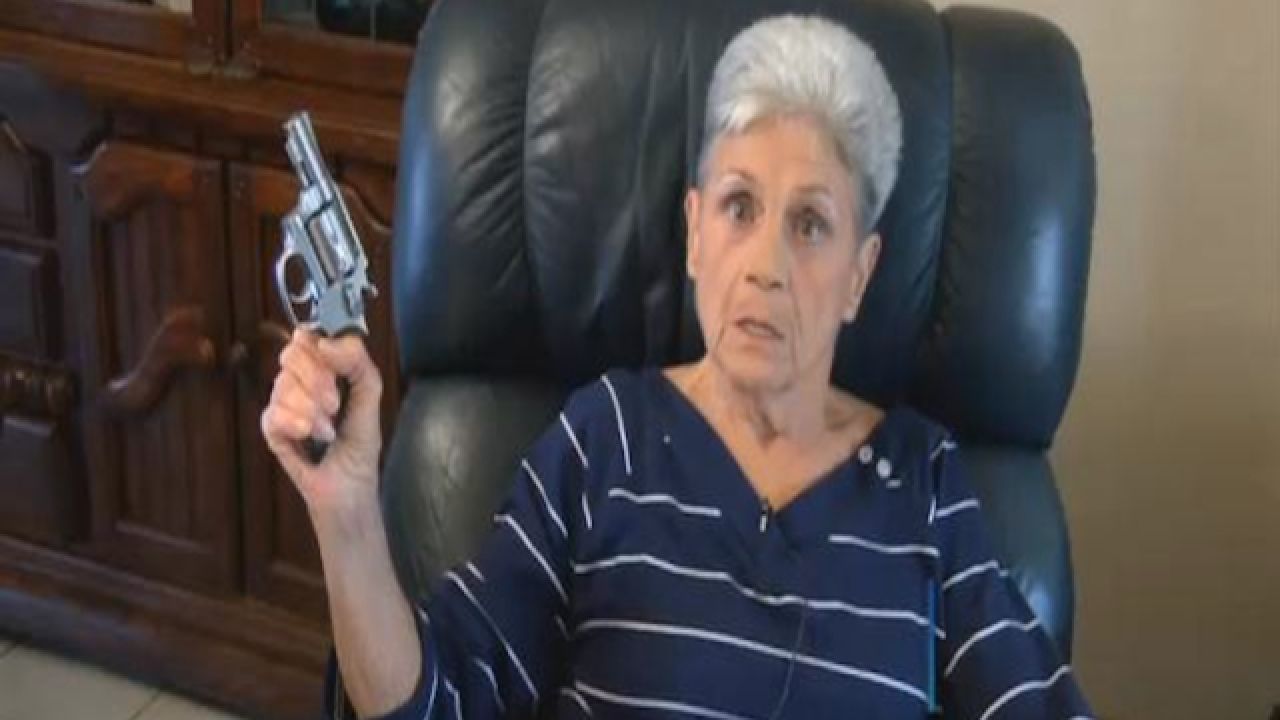 CNN//KSLA
<p>74-year-old Robbie Roberson of Bowie County, TX shows off the gun she used to scare away a would-be robber who broke into her home on Sunday, Jan. 1.</p>

Rebbie Roberson is a grandma you don't want to mess with.

The 74-year-old woman from Bowie County, Texas came face-to-face with an armed man who broke into her home on Sunday night, according to Shreveport, Louisiana-based KSLA.

Roberson took the would-be robber by surprise by pulling her own .38-caliber pistol off a nearby table.

"I reached over there and grabbed this gun," she told KSLA. "And when I swerved around, I pointed it at him and he ran."

Roberson told KSLA she followed the man as he ran, firing her gun along the way.

Watch the rest of Roberson's interview in this CNN video to see her walk through exactly what happened at her home, with gun in hand.