Goats on the loose in Northern Kentucky town 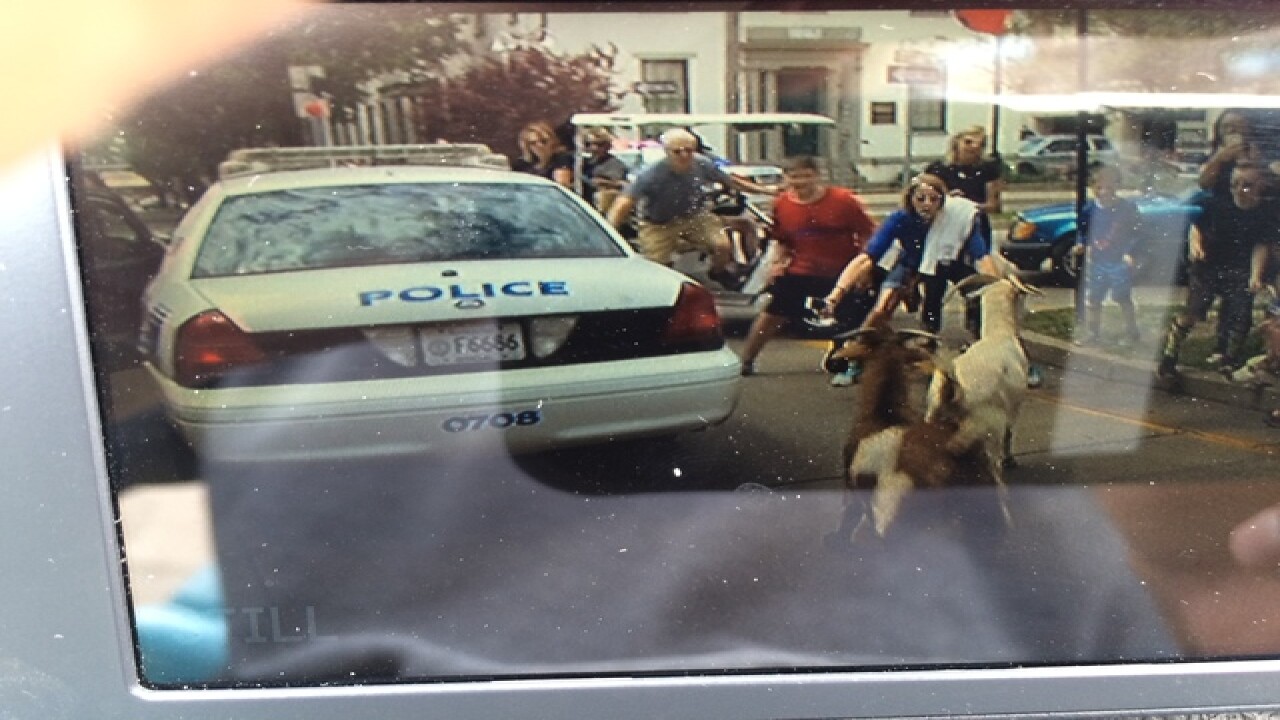 COVINGTON, Kentucky -- A few goats were a little too anxious for Covington, Kentucky's first annual Running of the Goats; they decided to throw caution to the wind and take off without their humans.

At around 1:15 p.m. Saturday, a group of five goats escaped and began running free through the Cincinnati suburb. They passed the Farmer's Market and crossed several streets, our photographer on the scene said.

The goats were preparing to walk in a parade when they took their detour. Ten goats total were supposed to trot through Covington, starting at the Farmers Market to Goebel Park.

The goats were identified as the Goebel Goats, who "work" seasonally to clean up Goebel park.

WANTED: @TheGoebelGoats for Escape and Fleeing! ???

Three goats were captured in woods near a local park, one was captured in a fenced-in yard near one of the town's main business districts.

Goat 4 now in custody! Only 1 #scapegoat remains at large! ?

WCPO has a photographer live at the scene. We'll keep you updated on the goat pursuit as we learn more information.

You can't stop @TheGoebelGoats ! You can only hope to contain them! ???

Streets of @covingtonkygov looking but like Pamplona at the moment... only with goats running instead of bulls! ???