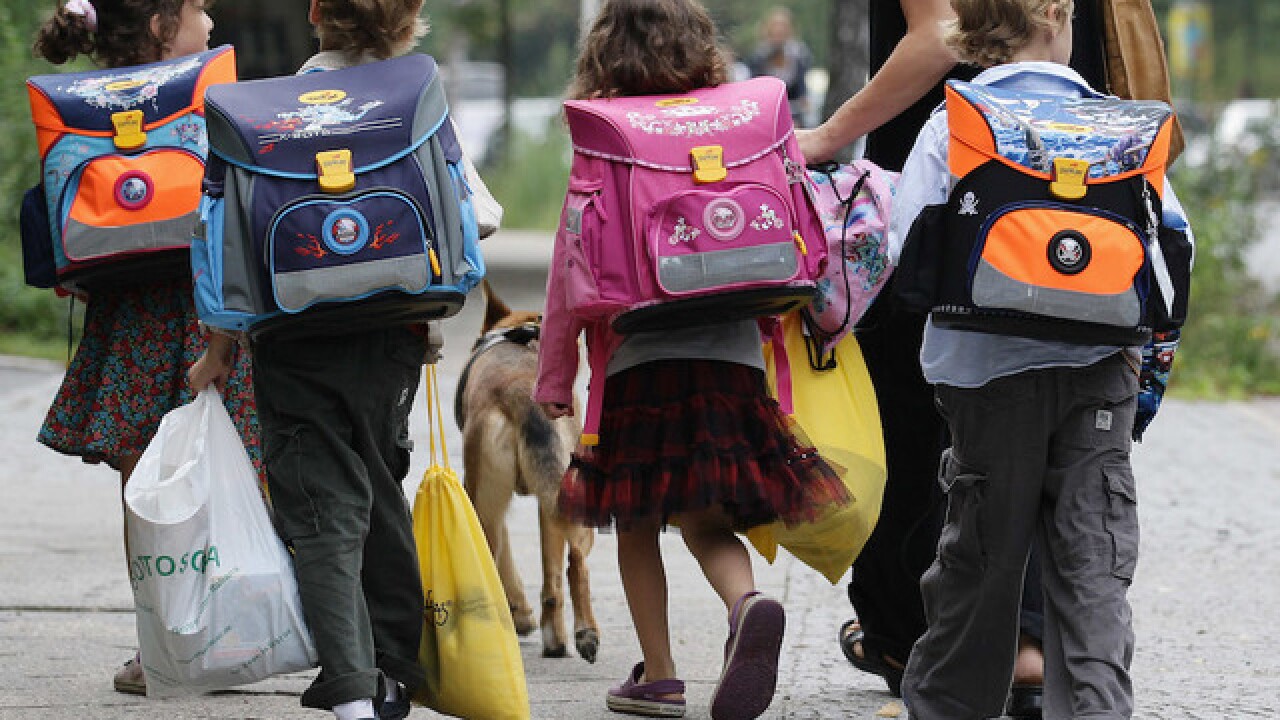 (CNN) -- By the age of 6, girls already consider boys more likely to show brilliance and more suited to "really, really smart" activities than their own gender, according to a new study.

The US-based researchers found that at the age of 5, girls viewed themselves as being just as capable as their male counterparts in terms of brilliance. But by age 6, they were already perceiving their own gender differently.

The report, published Thursday in the journal Science, is based on results from a range of experiments on 400 children.

In one test, researchers told the children a story about a person who was "really, really smart."

"We were very careful to leave out any clues as to the person's gender," said researcher Lin Bian, a psychologist at the University of Illinois.

The children were then asked to guess who the protagonist of the story was. At age 5, both boys and girls picked out characters of their own gender.

But within a year, that had changed.

Boys still picked boys, she said -- but girls were picking boys, too.

"Suddenly, at age 6, girls became less likely than boys to do this," Bian said.

In another scenario, the children were tasked with an activity that was labeled as being for "really, really smart kids." At age 5, both boys and girls were enjoying these activities equally, said Bian. But by 6 and 7, the girls had lost interest.

However, in another task, the children were asked to choose who would get the best grades in school from four children, two girls and two boys. No difference was seen between the younger and older girls' likelihood of choosing their own gender.

The researchers believe the overall results imply that from a young age, children are already absorbing the stereotypes of their gender, such as what kinds of activities girls and boys "should" be interested in.

"When they enter school around 5 or 6 years of age, they get to have much more exposure to the cultural message, and that's when they learn a great deal of the information about the social world," Bian said. "It seems to lead girls away from the types of activities that are for really smart kids."

Young girls are learning these stereotypes from multiple sources: media, peers, teachers and parents, she adds.

But Madeleine Portwood, a child psychologist in the UK, believes it's due to developmental difference at that age. She was unsurprised by the findings. "Gender stereotyping is evident at age 6. ... Boys are more likely prone to telling everyone 'I am smart' or 'I am strong' and constantly require reassurance," she said. "Girls are more conciliatory and look at someone else's point of view."

Portwood, who is also director of the Witherslack Group of special educational schools, said this is what she hears regularly in the classroom and playground. Although society today, and teachers in the classroom, are addressing the balance, the matter still needs to be prioritized, she said. "This study raises awareness not to be complacent that we're raising equality," she said.

Portwood was also unsurprised that no difference was seen when the young children were asked about who would achieve the best grades. "There wouldn't be a difference, because girls are generally empowered to achieve academically," she said.

The study itself surmises that these stereotypes become entrenched at a very young age and ultimately discourage adult women from entering professions that require special mental abilities. It goes on to argue that women are "underrepresented" in fields in which members cherish brilliance, such as physics and philosophy.

Bian said social stereotypes are absorbed so early on that by the time girls are young women and in a position to make a decision about their careers, their minds are made up.

"They probably don't consider themselves as brilliant," she said. "And when they reach adulthood, it will be very hard to convince them otherwise. We need to do something from early on."

Portwood added that universities and higher education establishments have done a lot to address gender differences and equalize the ratios of boys and girls in typically biased subjects, such as science, but that more should be done to achieve the same improvement in the workplace. "We still have a way to go to encourage companies to appoint more female directors."

Bian said more research is required to determine exactly how teachers and parents can tackle this "cultural phenomenon," and she believes the answers won't be simple.

However, researchers say there are steps that can be taken now. For instance, a strong female role model has shown in some instances to "inoculate" girls from this social stereotype.

Above all, Bian said, parents and teachers should advertise the importance of hard work and effort, as opposed to the idea of brilliance. "Everyone does better when hard work is perceived as the key to success."