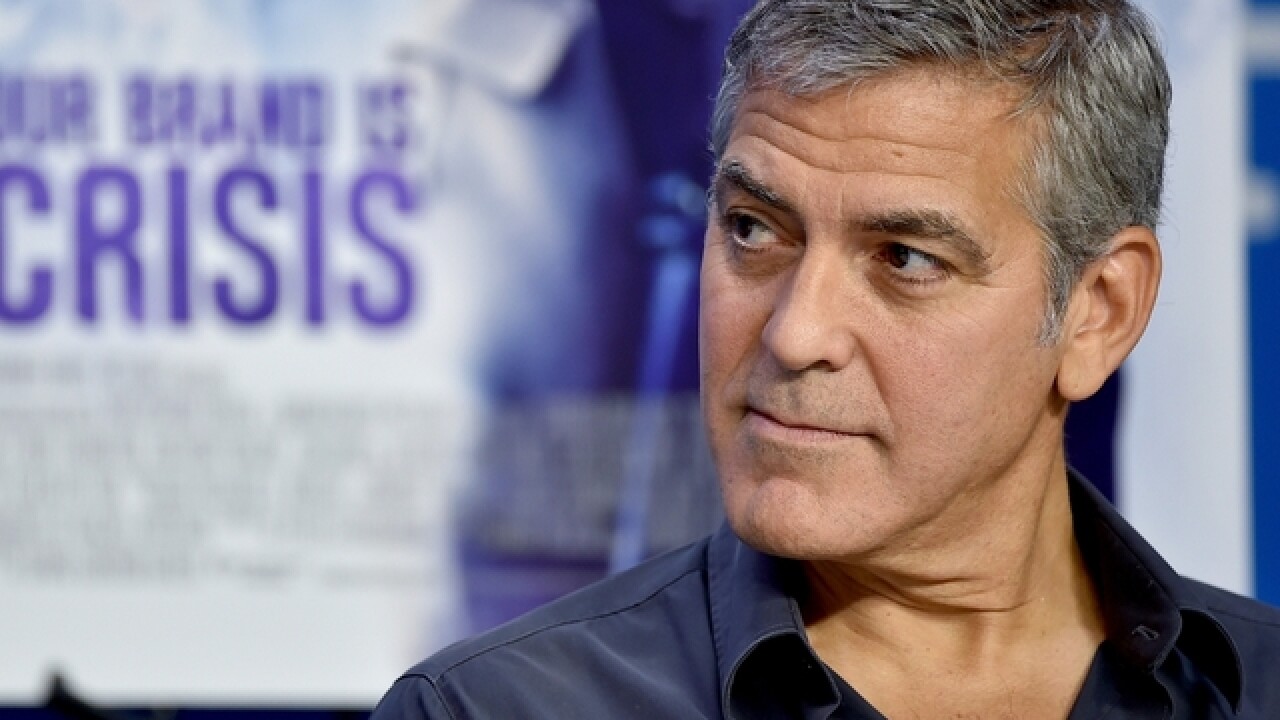 By: Mina Abgoon
Posted at 1:51 AM, Jan 12, 2017
Actor George Clooney had a tongue-in-cheek response to President-elect Donald Trump’s remarks about his “The Fantastic Mr. Fox” co-star, Meryl Streep.
Clooney doesn’t seem amused by Trump’s post-Golden Globes tweet, in which he referred to Streep – one of the most respected actresses in Hollywood – as “overrated.”

Meryl Streep, one of the most over-rated actresses in Hollywood, doesn't know me but attacked last night at the Golden Globes. She is a.....

Trump’s tweet came after Streep criticized him during her widely-circulated Golden Globes acceptance speech.
“I’ve always said that about Meryl,” Clooney sarcastically told People. “She’s maybe the most overrated actress of all-time. She and I worked together on Fantastic Mr. Fox as husband and wife, and I will tell you even as a fox, a female fox, she’s overrated,” he added.
Clooney continued by mockingly asking, “Aren’t you supposed to be running the country?”
Time notes that Clooney, like Streep, publicly supported Democratic candidate Hillary Clinton during the 2016 campaign.
Copyright 2017 Scripps Media, Inc. All rights reserved. This material may not be published, broadcast, rewritten, or redistributed.