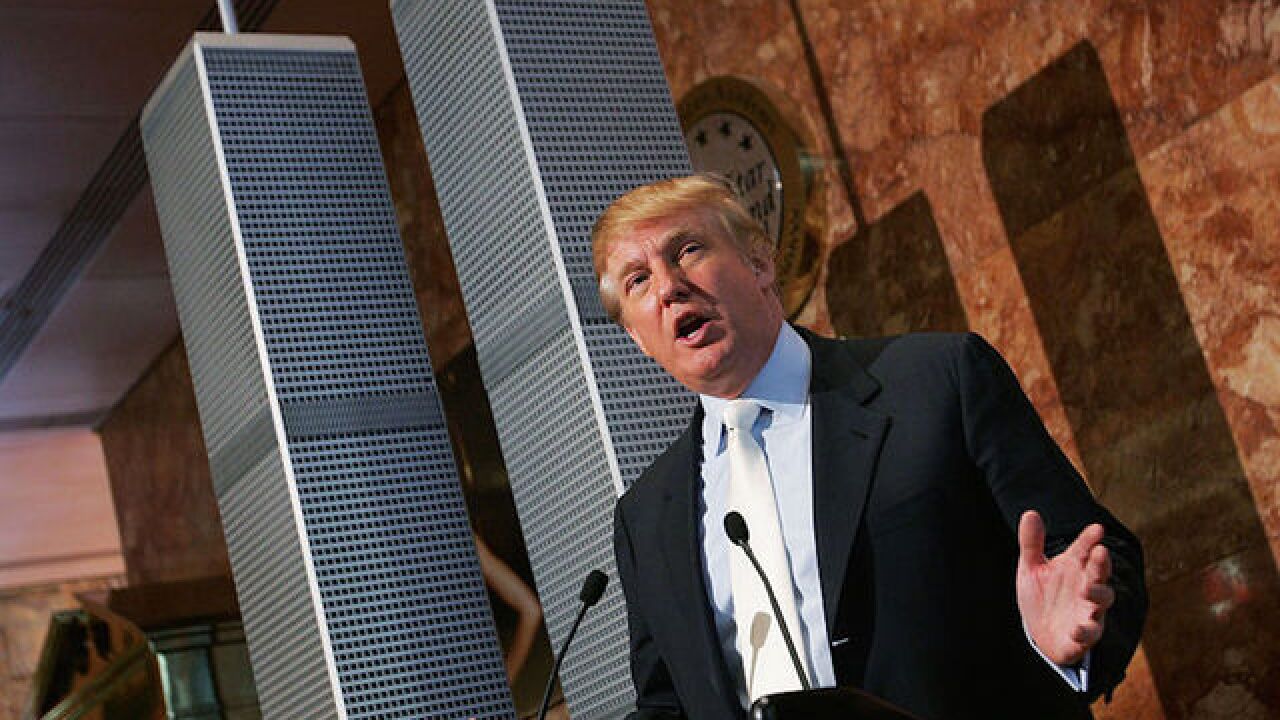 Copyright Getty Images
Chris Hondros
<p>NEW YORK - MAY 18: Real estate developer Donald Trump speaks during a news conference presenting a model of a proposed design for the rebuilding of the World Trade Center site May 18, 2005 in New York City. Trump proposed a modified rebuilding of the World Trade Center complex, with an updated and taller design and a memorial to those killed in the 9/11 terrorist attacks at the base of the new towers. (Photo by Chris Hondros/Getty Images)</p>

In the years following the attacks of New York on Sept. 11, 2001, Donald Trump pushed a proposal that would have rebuilt the World Trade Center's iconic twin towers, with the only difference being the tower's being five stories taller.

Instead of going with Trump's plans, New York City officials opted to build the 1776-foot-tall Freedom Tower at the site of the World Trade Center. The 94 story building opened in July 2013 after seven years on construction.

In an interview on MSNBC in 2005, a decade before starting his run for president, Trump called the Freedom Tower "disgusting" and a "junk yard."

"I would rather have nothing than what they're building," Trump said. "It was a terrible design; it was designed by an egghead architect who doesn't have a lot of experience designing something like this."

"What I want to see built is the World Trade Center stronger and maybe a story taller," Trump said before construction of the Freedom Tower. "That is what everyone wants."

The New York real estate mogul claimed that rebuilding a taller version of the twin towers, which were destroyed by terrorists who flew planes into the buildings on Sept. 11, 2001, would not allow the terrorists to win.

"If rebuild the World Trade Center stronger and a story taller, we win," Trump said. "I don't want to have the terrorists win, and that's what will happen if we build this pile of junk."

Trump's proposal essentially died in 2006 as officials called for the groundbreaking of the Freedom Tower.