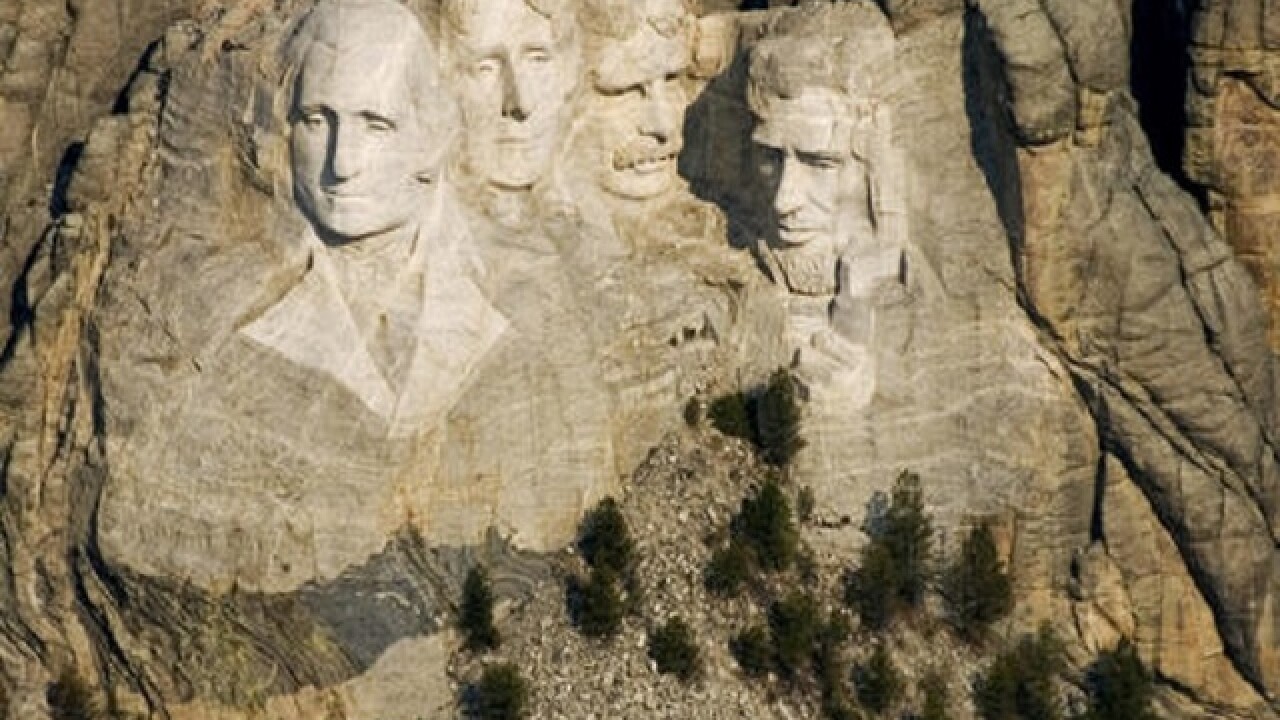 Mike Stewart
<p>FILE - This April 22, 2008 file photo shows the Mount Rushmore National Memorial in the Black Hills of South Dakota. A U.S. Geological Survey report announced Monday, May 2, 2016, concluded that past fireworks displays at Mount Rushmore are the likely source of a pollutant found in water within the site in western South Dakota. (AP Photo/Mike Stewart, File)</p>

SIOUX FALLS, S.D. (AP) — Past fireworks displays at Mount Rushmore National Memorial are the likely source of a pollutant found in water within the site in western South Dakota, according to a government report released Monday.
The U.S. Geological Survey findings show the contaminant perchlorate was found in groundwater and surface water within the park. The agency and the National Park Service studied perchlorate and metals associated with fireworks in 106 water and 11 soil samples taken between 2011 and 2015.
Perchlorate is used in fireworks and is a common component of rocket fuels, explosives and some fertilizers.
"The lack of alternative perchlorate sources in the area, such as a military site or agricultural land with applied fertilizers, and the presence of firework debris suggest that past fireworks are the perchlorate source," Galen Hoogestraat, a USGS scientist and the lead author of the report said in a statement. "Our results can help park managers protect water quality at this iconic national landmark."
USGS, however, said the drinking water at Mount Rushmore is safe for public consumption.
Aerial fireworks displays were a staple of the memorial during Independence Days between 1998 and 2009. The fireworks exploding above the faces of U.S. presidents George Washington, Thomas Jefferson, Abraham Lincoln and Theodore Roosevelt carved into a mountain were shown on national television. But the spectacle ended over concerns that it could spark a wildfire.
The report shows that the highest concentrations of perchlorate were found in samples collected from the northeast side of the memorial. The pollutant also was found in soil where the fireworks were launched and where debris landed.
Data from the report show that a maximum perchlorate concentration of 54 micrograms per liter was measured in a stream sample, which is about 270 times higher than that in samples collected from sites outside the memorial.
High concentrations of perchlorate in drinking water can affect the human thyroid gland, but Dr. Sonali Khachikian said long-term studies as far back as 2005 have shown that people who have been exposed to a concentration of perchlorate as high as 114 to 200 micrograms per liter didn't experience adverse effects.
"There is no reason to panic," said Khachikian, an endocrinologist with Regional Health in Rapid City who was not part of the USGS study. "I want people to be assured that those people who visit South Dakota for one day and visit this great monument are not putting themselves at any kind of increased risk."
The park provides drinking water to about 3 million visitors and personnel every year. Its superintendent, Cheryl Schreier, said Monday that the park will continue to strive to provide drinking water that "meets and exceeds current standards."
"The park is committed to ensuring the safety of the public and all of our employees, and preserving and protecting the natural and cultural resources with which we are entrusted," Schreier said.
Associated Press 2015