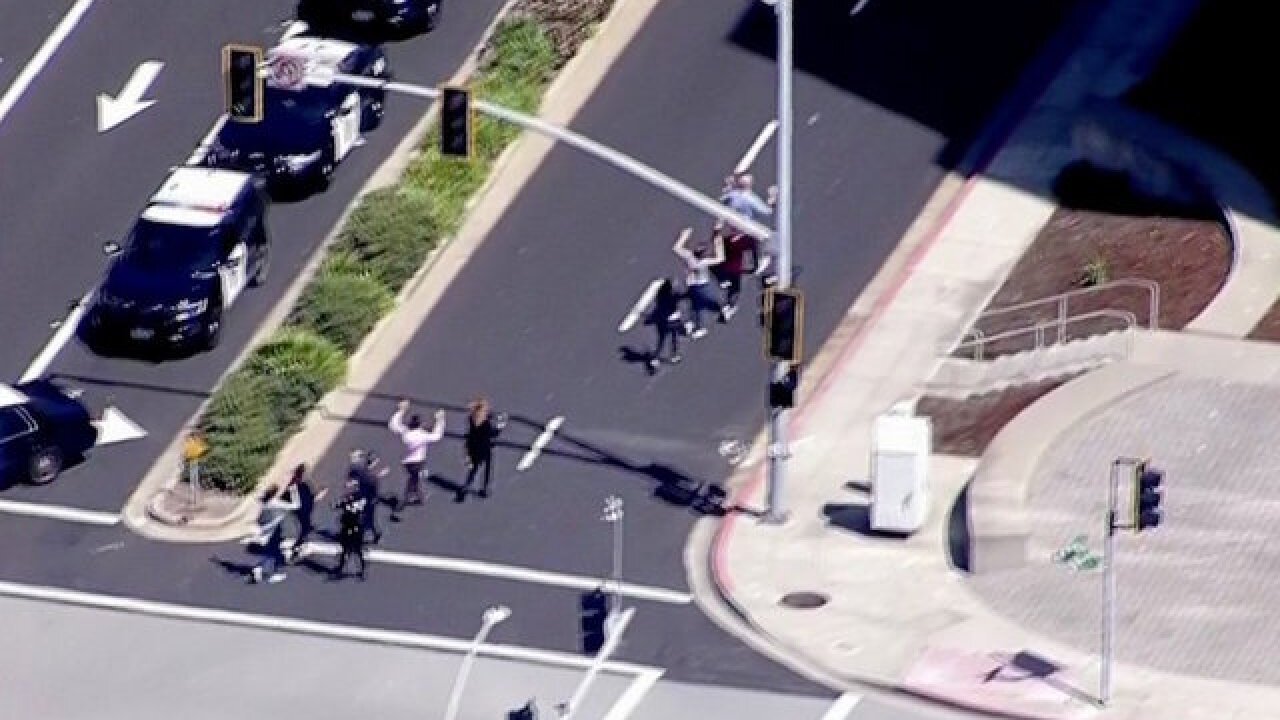 As the investigation continues into why a female shooter opened fire at YouTube headquarters, data show that it's rare for women to carry out such shootings -- making Tuesday's incident unusual.

The shooting unfolded at the San Bruno, California, company premises when a woman shot and injured three people, and then apparently took her own life, officials said.

She appeared to have killed herself with a handgun, San Bruno Police Chief Ed Barberini said. The woman has been identified as Nasim Najafi Aghdam, a 39-year-old from San Diego, California.

Women are rarely behind active shooting incidents, according to data from an FBI study.

The FBI examined active shooter incidents, defined as "an individual engaging in killing or attempting to kill people in a confined and populated area" in the US. Nine of the 220 incidents (about 4%) had female shooters, according to the FBI list from 2000 to 2016.

The women in those shootings were usually armed with handguns and opened fire inside colleges, businesses, their current or former workplaces, according to the list.

The latest incident at YouTube may not qualify as a mass shooting or murder as three of the victims are hospitalized with injuries.

But in general, there are less female shooters when it comes to firearm homicides, said Adam Lankford, criminal justice professor at the University of Alabama.

"Research shows that basically males commit more homicides than females, regardless of the subtype of homicide," Lankford said.

But in those incidents, female mass shooters are rare.

None of the perpetrators behind the 28 mass attacks in 2017 were female, according to a report by the US Secret Service.

Lankford's study looked at 292 public mass shooters worldwide found that only one of those was female.

But there have been cases where women have carried out deadly mass shootings.

A married couple, Syed Rizwan Farook, and his wife, Tashfeen Malik massacred 14 people at a holiday party in 2015 in San Bernardino, California. Farook had worked with the San Bernardino County health department, which was hosting the party when the attack took place. They were both killed in a shootout with police.

On January 30, 2006, Jennifer San Marco visited her former place of employment, a postal distribution center in Goleta, California, and fatally shot six employees after killing a one-time neighbor. She then killed herself.