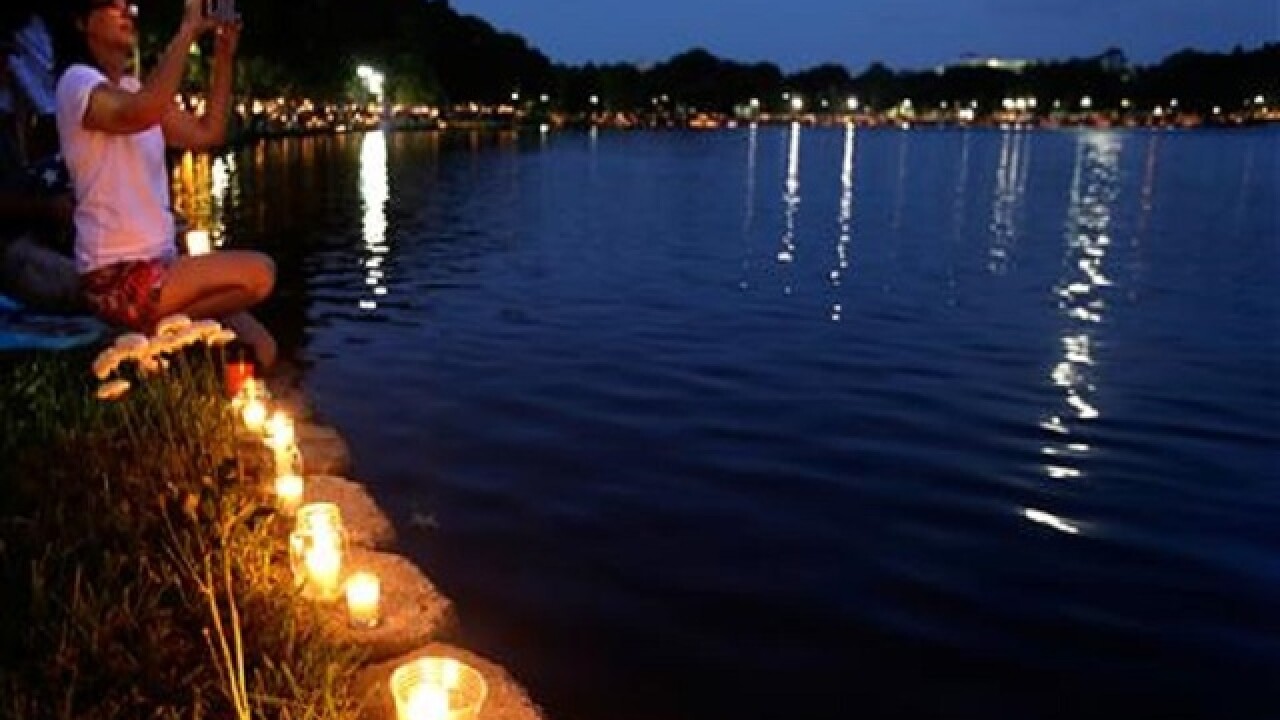 ORLANDO, Fla. (AP) — The Department of Justice released a full transcript of the 911 call made by the shooter during the Pulse nightclub massacre in Orlando, hours after receiving criticism for publishing a heavily-redacted version.

The new version confirms suspect Omar Mateen as the shooter, and confirms that he pledged allegiance to the Islamic State as previously speculated.

The full transcript of the call is listed below.

2:35 a.m.: Shooter contacted a 911 operator from inside Pulse.  The call lasted approximately 50 seconds, the details of which are set out below:

OM:     In the name of God the Merciful, the beneficent [Arabic]

OM:     Praise be to God, and prayers as well as peace be upon the prophet of God [Arabic]. I wanna let you know, I’m in Orlando and I did the shootings.

OM:     My name is I pledge of allegiance to Abu Bakr al-Baghdadi of the Islamic State.

OM:     I pledge allegiance to Abu Bakr al-Baghdadi may God protect him [Arabic], on behalf of the Islamic State.

Those communications, along with Facebook posts Mateen made before and after the shooting, add to the public understanding of the final hours of Mateen's life.

The first call came more than a half hour after shots rang out, when Mateen told a 911 operator, "Praise be to God, and prayers as well as peace be upon the prophet of God," he told the dispatcher, referring to God in Arabic.

"I let you know, I'm in Orlando and I did the shootings."

The #FBI provided an investigative update regarding the #PulseShooting https://t.co/a33RvciHSn

During the 50-second call with a dispatcher, Mateen "made murderous statements in a "chilling, calm and deliberate manner," Ronald Hopper, FBI assistant special agent in charge in Orlando, said during a news conference.

However, there is no evidence Mateen was directed by a foreign terrorist group, and he was radicalized on his own, Hopper said.

Shortly after the call, Mateen had three conversations with crisis negotiators in which he identified himself as an Islamic soldier and told a negotiator to tell America to stop bombing Syria and Iraq. He said that was why he was "out here right now," according to the excerpt.

City officials have refused to provide hundreds of 911 calls to The Associated Press and a coalition of news organizations, citing confidentiality under Florida law, and arguing that an ongoing investigation kept the tapes secret. Hopper also said Monday that the tapes would not be released out of respect for the victims.

"Yes, the audio was compelling, but to expose that now would be excruciatingly painful to exploit them in this way," Hopper said.

Hopper previously said officials are "not going to propagate violent rhetoric" by giving full transcripts with no redactions.

The AP and others requested the 911 tapes and related data, a common practice after such major events. The recordings could offer insight into how law enforcement responded.

Meanwhile, hospital officials said four people remained in critical condition Monday morning, more than a week after they were wounded in the attack.

Orlando Regional Medical Center said 18 victims from the shooting were still at the hospital and three more surgeries were scheduled for Monday. The other 14 patients are listed in stable condition.

Armed with a semi-automatic weapon, Mateen went on a bloody rampage at the Pulse nightclub June 12. He died in a hail of gunfire after police stormed the venue.

U.S. Attorney General Loretta Lynch will travel to Orlando on Tuesday to meet with investigators. She said that a key goal of the investigation was to determine why Mateen targeted the gay community. The victims were predominantly gay and Hispanic since it was "Latin night" at Pulse.

Around Orlando, people left balloons, flowers, pictures and posters at a makeshift memorial in front of the city's new performing arts center and at Orlando Regional Medical Center where 49 white crosses were emblazoned with red hearts and the names of the victims.

The crosses were built by a Chicago carpenter with a history of constructing crosses for victims of mass shootings. Greg Zanis drove from Illinois to Orlando last week and installed the crosses at the medical center, where many of the 53 shooting victims who survived were taken for treatment.

Dr. Khurshid Ahmed was part of a group of Muslim-Americans at a Sunday vigil attended by tens of thousands who held signs reading, "Muslims Condemn Extremism." A letter from the chairman of the Senate Homeland Security Committee, Republican Ron Johnson of Wisconsin, said Mateen wrote on Facebook that "real Muslims will never accept the filthy ways of the West."