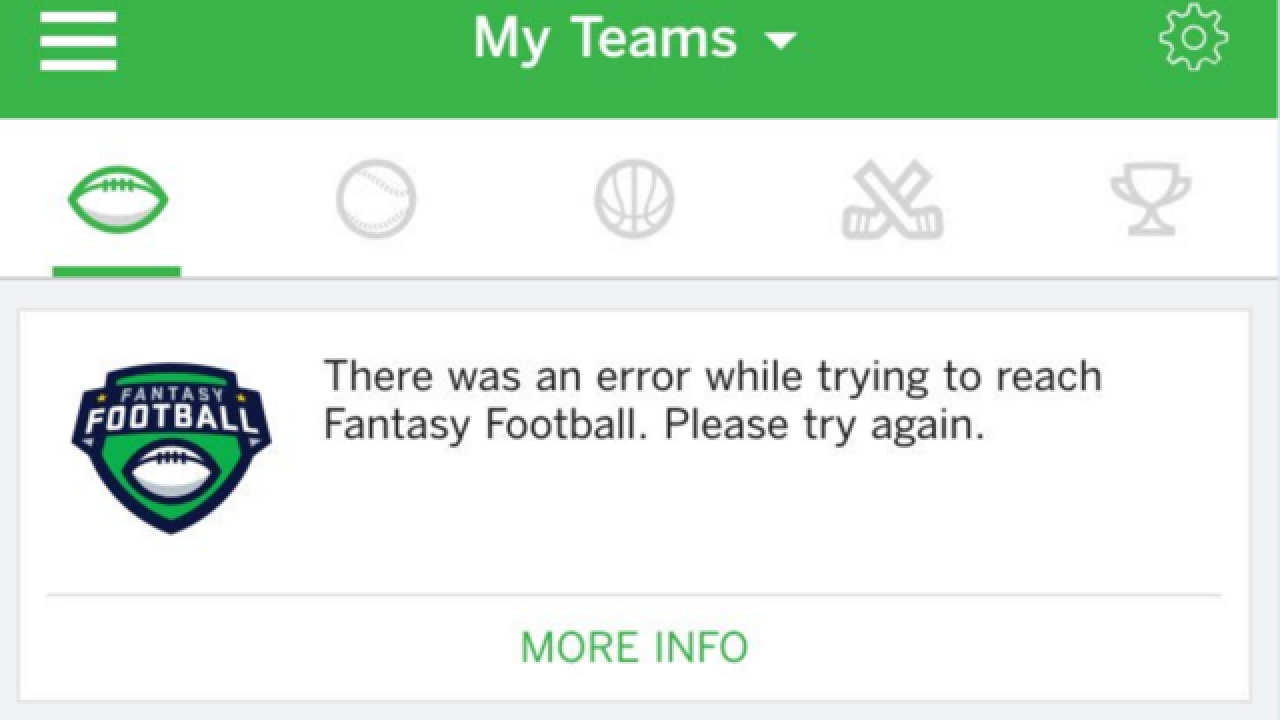 Many football fans were annoyed Sunday afternoon as ESPN's fantasy football site experienced an outage as games got underway during Week 1 of the NFL regular season.

Fantasy football users experienced an error when trying to access the webpage.

"We are aware of the current technical difficulties. We apologize for the inconvenience & are working to resolve the issue ASAP," ESPN said in a statement.

Using stats from real players, fantasy football is a game where managers select real NFL players to be on their teams.

When it's the 1st full day of @NFL games & all you wanna do is check your #FantasyFootball score like everyone else pic.twitter.com/8SNcopCKDM