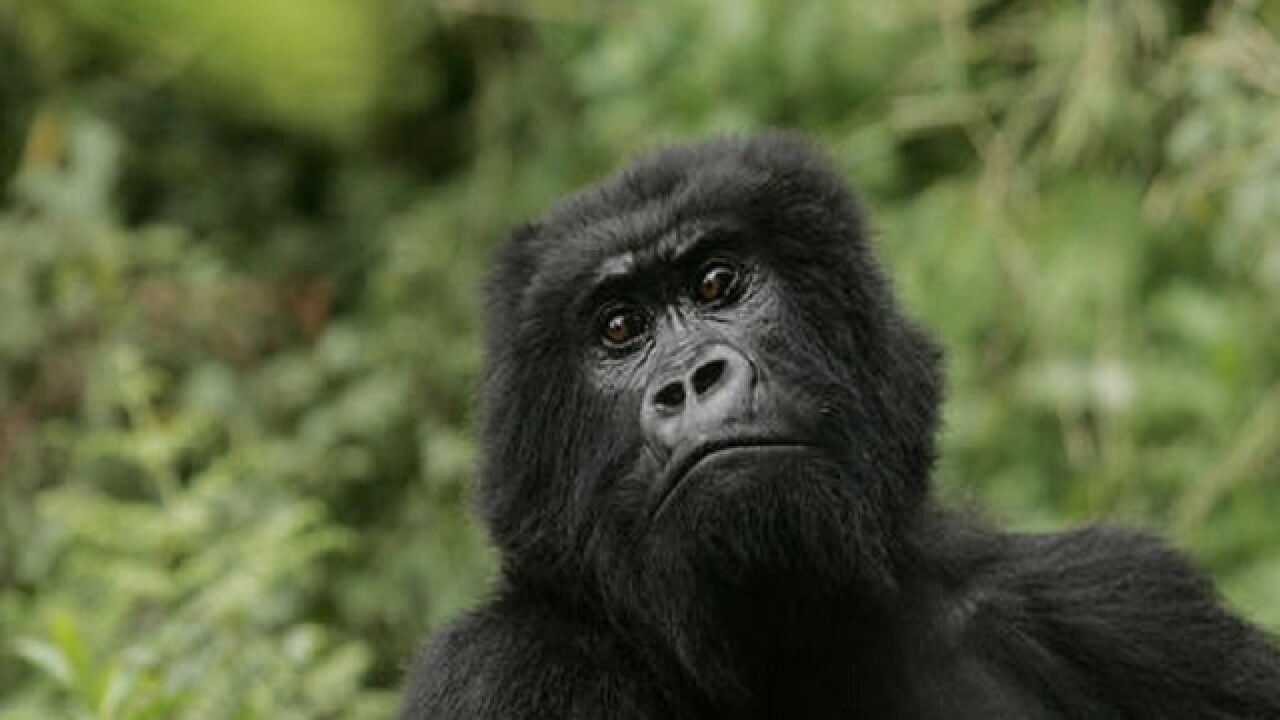 Themba Hadebe
<p>FILE - In this Nov. 30, 2007 file photo, a gorilla looks on at Volcanoes National Park in Ruhengeri, Rwanda. The eastern gorilla has been listed as critically endangered, making four of the six great ape species only one step away from extinction, according to the International Union for the Conservation of Nature's Red List of Endangered Species, released Sunday Sept. 4, 2016. (AP Photo/Themba Hadebe, File)</p>

By: Associated Press
Posted at 3:33 PM, Sep 04, 2016
HONOLULU (AP) — A report released at the World Conservation Congress in Hawaii says the world's largest living primate has been listed as critically endangered, making four of the six great ape species only one step away from extinction.
The International Union for the Conservation of Nature cited illegal hunting in downgrading the status of the eastern gorilla to critically endangered on its Red List of Endangered Species on Sunday.
The list contains 24,000 species that are threatened with extinction. The organization says an estimated 5,000 eastern gorillas remain in the wild, a decline of about 70 percent over the past 20 years.
Of all the great ape species, which include the eastern gorilla, western gorilla, Bornean orangutan, Sumatran orangutan, chimpanzee and bonobo, only the chimpanzee and bonobo aren't considered critically endangered.
Copyright 2016 The Associated Press. All rights reserved. This material may not be published, broadcast, rewritten or redistributed.