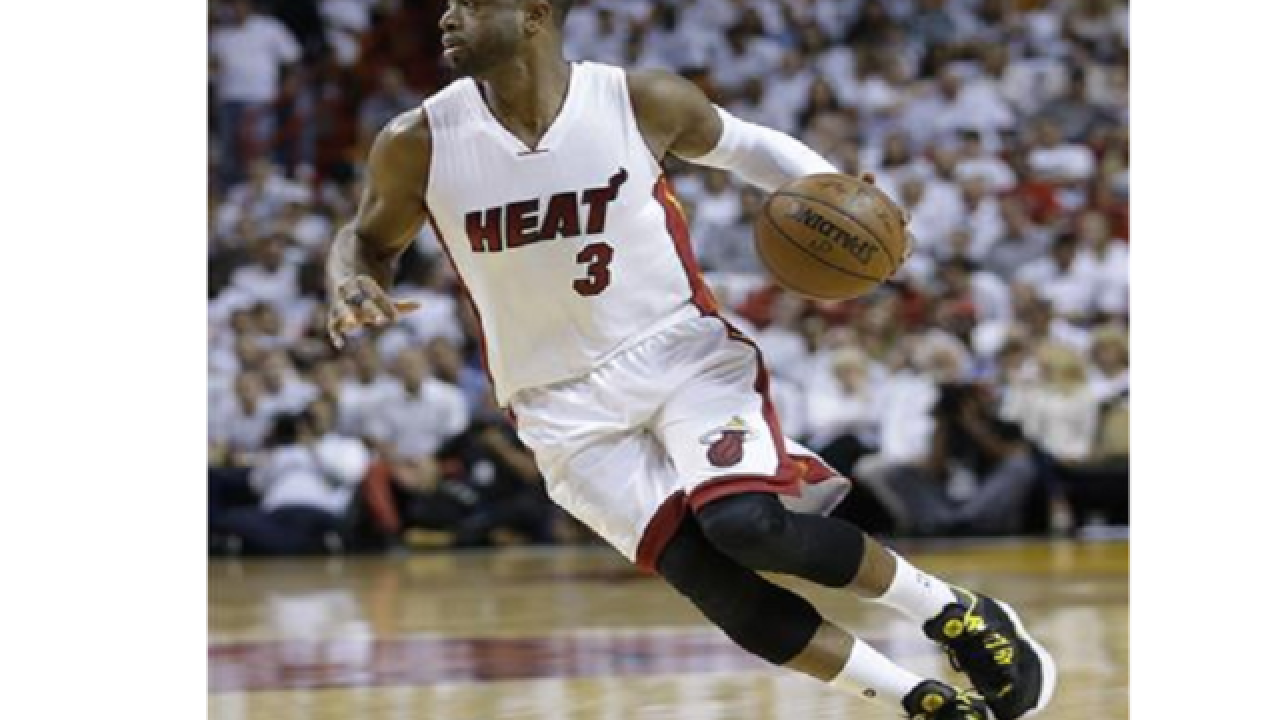 MIAMI (AP) — Dwyane Wade is going home, making what he called "an extremely emotional and tough decision" on Wednesday night to leave the Miami Heat after 13 seasons and sign with the Chicago Bulls.

Wade will sign a two-year deal with the Bulls, one that will pay him about $47 million. Miami offered $40 million over two years for Wade to stay in the uniform that he's worn his entire career, the one in which he was an All-Star 12 times, a champion three times and the NBA Finals MVP in 2006 when his rise to superstardom was just truly beginning.

And he's taken that uniform off now for the final time.

"This was not an easy decision, but I feel I have made the right choice for myself and my family," Wade wrote in a letter to Miami, released to The Associated Press.

It ends a second consecutive summer of will-he-or-won't-he talk and worry in Miami, which was able to keep him last summer after contentious negotiations led to a $20 million, one-year deal. The Heat spoke with him on Wednesday in New York in an effort to keep him, the same day that Wade also took meetings with the Milwaukee Bucks and the Denver Nuggets.

Whether Chicago ever got into the same room with Wade was unclear on Wednesday night. What was clear was that the lure of home — just as it was for Wade's close friend LeBron James two years ago, when he left Miami to go back to northeast Ohio and rejoin the Cleveland Cavaliers — was too strong this time to ignore.

"Watching the Bulls growing up inspired me at an early age to pursue my dream of becoming a basketball player," Wade wrote in the letter. "My most treasured memories were watching my dad play basketball on the courts of Fermi Elementary School and developing my game at the Blue Island Recreation Center. I have never forgotten where I came from and I am thankful to have an opportunity to play for the team that first fueled my love of the game."