Correction: Though rare, hand sanitizer could ignite in extreme heat 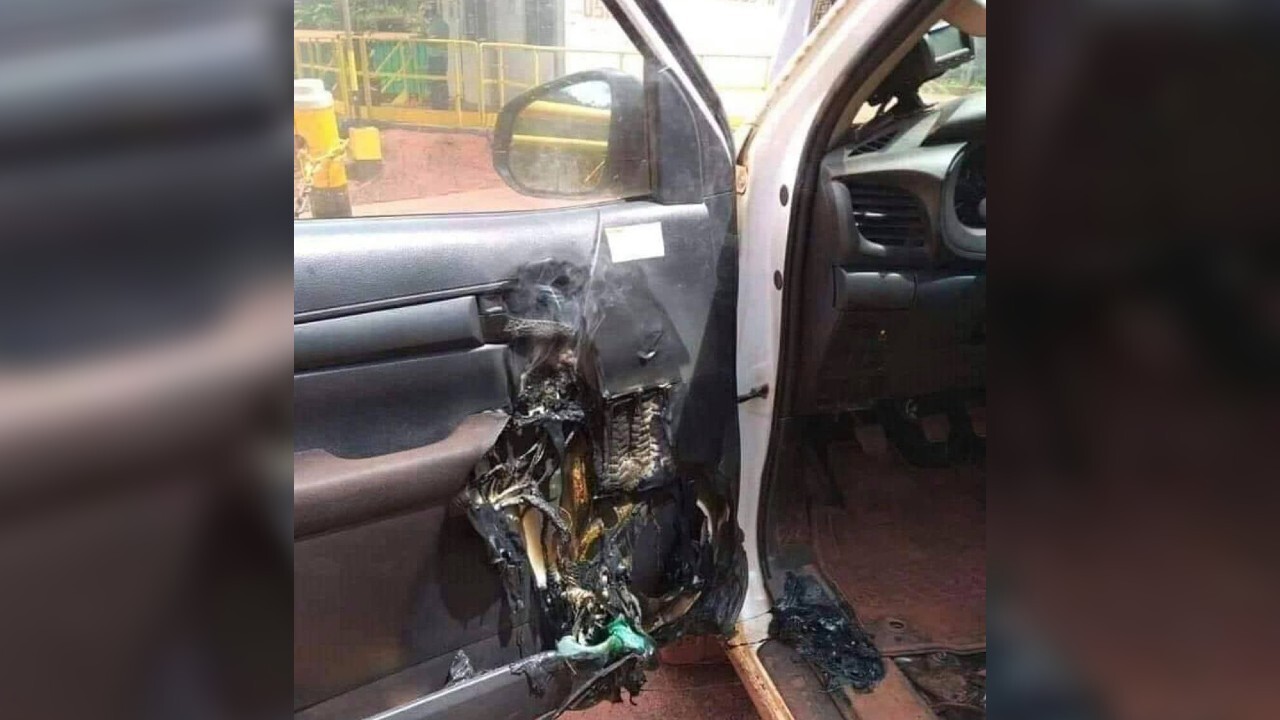 Correction: A previous version of this story suggested the photo of the damaged car door was from a fire that happened in Wisconsin. It appears to have actually originated in Brazil. Additionally, while it may be rare but possible to ignite a fire via hand sanitizer using focused light, for the material to combust on its own, internal temperatures in the vehicle would need to reach at least 600 degrees Fahrenheit.

OCONOMOWOC, Wis. -- Firefighters in Wisconsin sent out a reminder to everyone that it can be potentially dangerous to leave clear plastic water bottles or hand sanitizer in your car if they're exposed to direct sunlight during hot temperatures.

"By its nature, most hand sanitizer is alcohol-based and therefore flammable. Keeping it in your car during hot weather, exposing it to sun causing magnification of light through the bottle, and particularly being next to open flame while smoking in vehicles or grilling while enjoying this weekend can lead to disaster," wrote the Western Lakes Fire District on Facebook.

A picture shared by the department shows a smoldering driver's side door. It's a message of caution that these sorts of accidents can happen, and a reminder as summer approaches to be careful of these sorts of things.

More insight about the possibilities of fires starting in your car during warm weather can be found at this link from the National Fire Protection Association.

This story was originally published by James Groh at WTMJ.