Donald Trump to call into 'March for Life' Friday 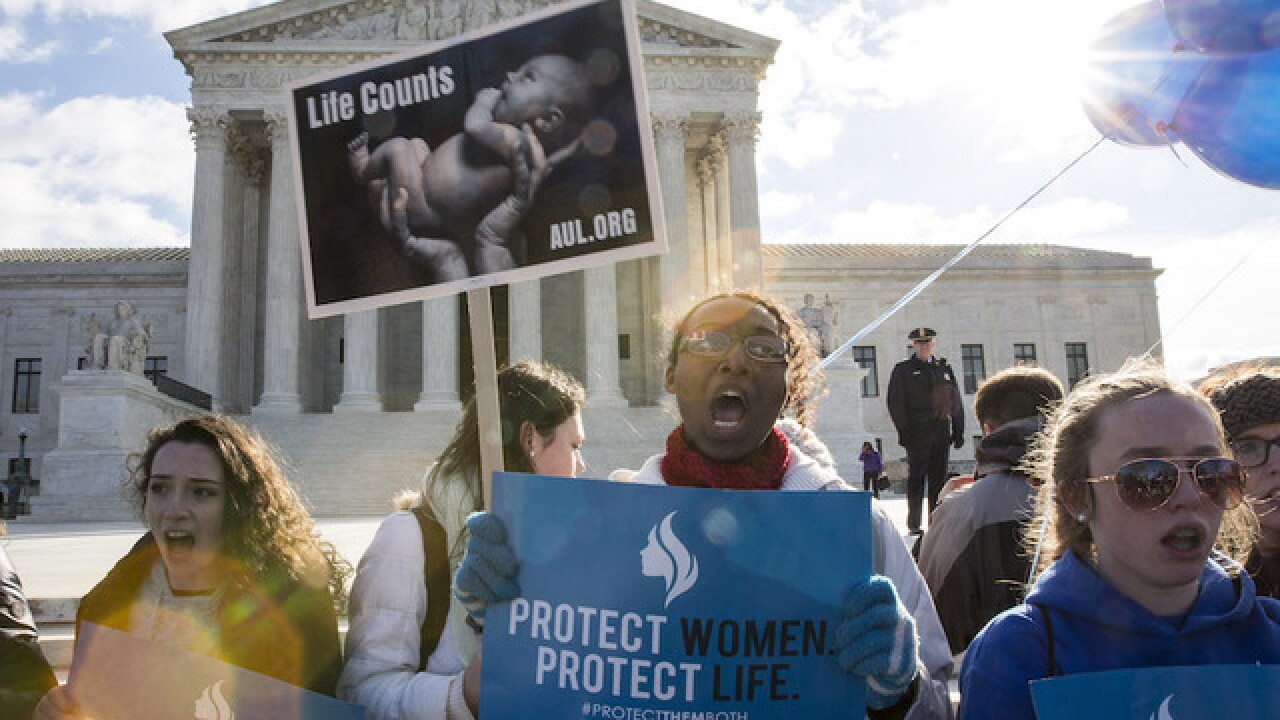 Copyright Getty Images
Drew Angerer
<p>WASHINGTON, DC - MARCH 2: Anti-abortion advocates rally outside of the Supreme Court, March 2, 2016 in Washington, DC. On Wednesday morning, the Supreme Court will hear oral arguments in the Whole Woman's Health v. Hellerstedt case, where the justices will consider a Texas law requiring that clinic doctors have admitting privileges at local hospitals and that clinics upgrade their facilities to standards similar to hospitals. (Drew Angerer/Getty Images)</p>

(CNN) -- President Donald Trump plans to call into the March for Life Friday to spotlight the large gathering of anti-abortion rights advocates.

The President mentioned the march Thursday while meeting with GOP leaders at the Republican retreat in Philadelphia and Vice President Mike Pence announced on Twitter Thursday that he will address the attendees in person.

"The March for Life began in Washington, DC, as a small demonstration and rapidly grew to be the largest pro-life event in the world," according to the march's website.

At past events, Presidents Ronald Reagan and George W. Bush addressed the event via telephone as well.

Several Republican lawmakers and activists hope to use the event to "unite and strategize around a common message," according to the group's mission statement.

More than 60% of Republicans said abortion should be illegal in all or most cases, according to a Pew Research Center poll.

Trump often campaigned on promising to nominate a Supreme Court justice with conservative views on abortion and pledged to back anti-abortion rights justices who would overturn Roe v. Wade as well as send the issue back to the states, in an interview with "60 Minutes."

Nearly seven-in-ten Americans say Roe v. Wade should not be completely overturned, according to a Pew Research Center poll.