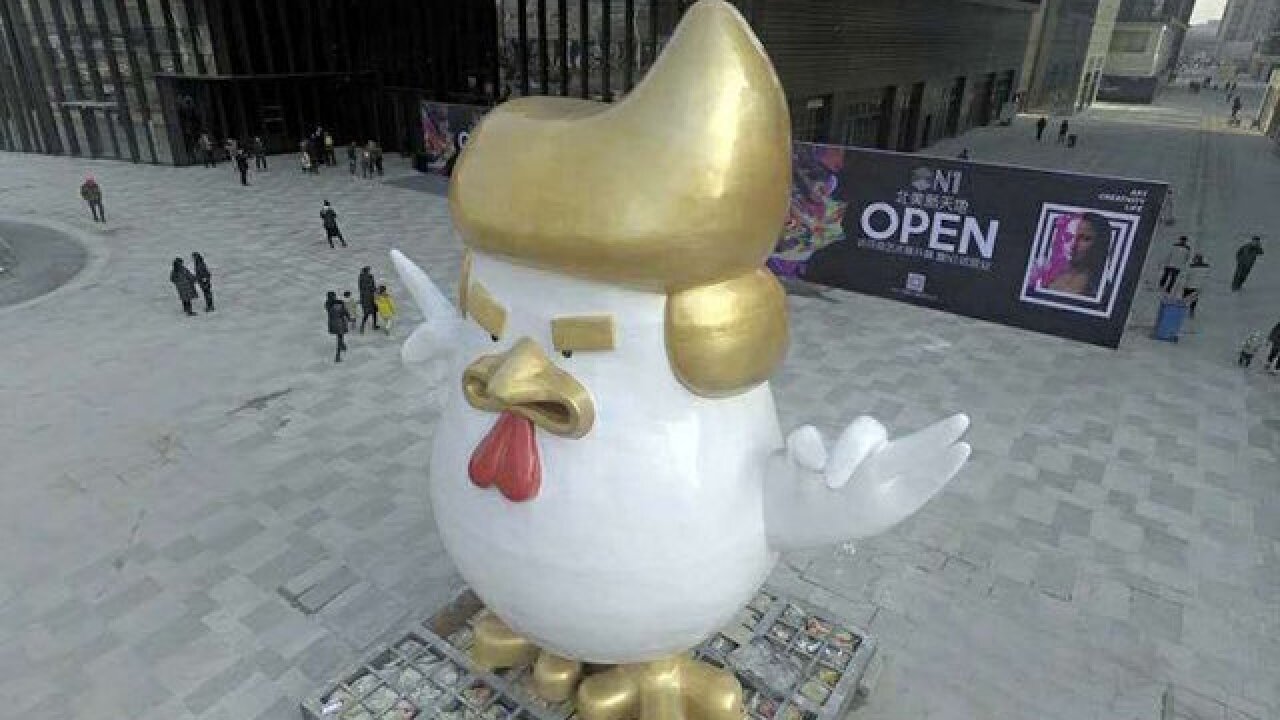 BEIJING (CNN) -- What do you get when you cross the year of the rooster with the year of Trump?

A giant rooster sculpture, sporting the President-elect's signature hairdo and hand gestures, has been erected outside a shopping mall in Taiyuan, in China's northern Shanxi Province.

The sculpture was commissioned by the company that owns the mall and will be its mascot, Cao Mingliang, the deputy director of planning department from N1 ArtWalk Mall, told CNN.

Cao said a series of products and smaller replicas will be available for sale in the future, though some are already being sold on Taobao, the Chinese e-commerce giant owned by Alibaba.

"I think the rooster is very cute and funny, the hairstyle and eyebrows look very much like Donald Trump. I'm sure it will attract a lot of customers," he said.

At least four stores are selling the Trump rooster, with prices starting from $57 to a whopping $1,739 for a statue that's 32 feet tall.

This isn't even the first avian doppleganger Trump has had in China this year.

State-run People's Daily tweeted out an image of a bird sporting a similar hairdo to the President-elect last month.

Trump-related products and gag gifts have proliferated since the real estate mogul announced his candidacy for president.

The most iconic -- the "Make America Great Again" hat -- would eventually go on sale on the Trump campaign website.