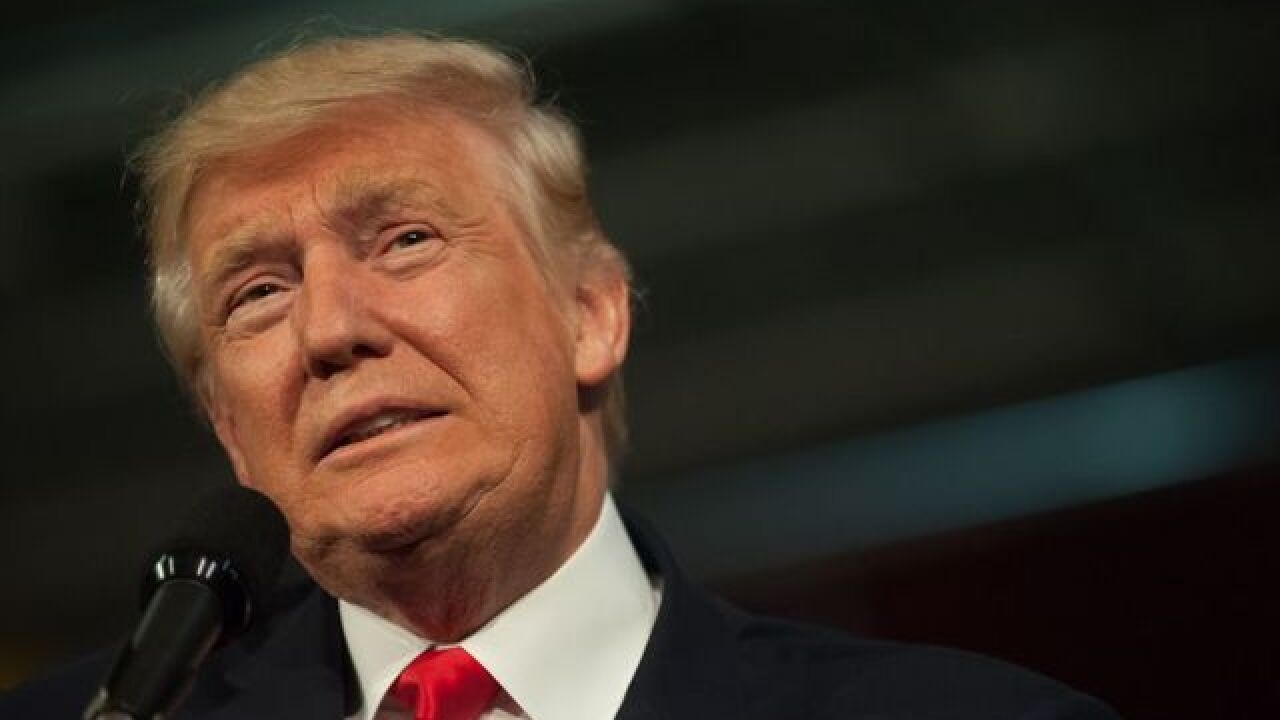 WASHINGTON (AP) — President-elect Donald Trump on Tuesday received only his third top-secret intelligence briefing since his election four weeks ago.

The relatively few briefings stand in contrast with Vice President-elect Mike Pence, who is getting nearly daily briefings. That suggests that Trump is looking to Pence to have a key role in handling critical national security issues once the two are in office. It could also reflect some discomfort between Trump and the intelligence community.

Most modern day presidents-elect have intelligence officials brief them nearly every day on the contents of the President's Daily Brief, the highest-level intelligence document produced in the United States. It covers hot spots around the globe, U.S. covert operations and intelligence about world leaders.

A close Trump adviser, Kellyanne Conway, has insisted that Trump is engaged and utilizing information from multiple sources, including the briefings. Trump is not the first president-elect to have a slow start in receiving briefings.

But Trump's decision to have infrequent briefings could raise eyebrows. He has little to no experience in foreign policy or national security matters and briefings could ease tensions with the intelligence community.

During the campaign, Trump said he doesn't trust the intelligence community because "they've made such bad decisions." Intelligence officials, meanwhile, may be unsettled by Trump's consideration of former CIA Director David Petraeus for a Cabinet position. Petraeus pleaded guilty last year to mishandling classified information relating to documents he provided to his biographer, with whom he was having an affair. Protecting classified information is considered a solemn obligation by intelligence professionals.

Trump has named a former intelligence official, retired Gen. Michael Flynn, as his national security adviser. But Flynn, the former director of the Defense Intelligence Agency, has received only one briefing since the election, according to a person familiar with the briefings schedule. The person spoke on condition of anonymity because the person was not authorized to publicly discuss the briefings.

Leaving most briefings in the hands of the vice president-elect is unusual. Pence is not a foreign policy specialist, though as a congressman, he served on the House Foreign Affairs Committee. Trump has already shown a willingness to depend on Pence, naming him to head his transition team.

"Maybe Trump is busy with his appointments, or maybe he thinks he's getting enough stuff from Pence and others. We don't know what his other meetings are," said David Priess, author of "The President's Book of Secrets," a history of the President's Daily Brief. "We don't know if Pence is talking to Trump about these (intelligence) issues, or if they are on completely different islands and not connecting on this at all."

Republican leaders in Congress, including California Rep. Devin Nunes, chairman of the House Intelligence Committee, have defended Trump, saying he's taking his job very seriously, is meeting with some world leaders and talking to others on the phone. Trump has spoken with more than three dozen foreign leaders since the election.

Briefings for incoming leaders started under President Harry Truman, who was upset that he didn't learn about the U.S. effort to develop an atomic bomb until 12 days into his presidency.

After he became president-elect, Bill Clinton regularly received in-person briefings. One day, Clinton was in a hurry and asked his briefer to give him the highlights. But Clinton decided the subject matter was too interesting to dismiss and plopped down and read the entire brief before leaving.

George W. Bush was the first presidential candidate in history to see the President's Daily Brief before becoming the official president-elect. Bush and Democrat Al Gore were in a hotly contested ballot recount. As vice president, Gore was already getting top-secret briefings, but Bush was not. As the recount lingered on, the Clinton administration thought it was important that Bush start getting up to speed on intelligence matters.

As president-elect, Barack Obama routinely read the more detailed President's Daily Brief, and eventually had in-person briefings that included some of his advisers once they had received security clearances. In the Oval Office, Obama has turned to reading the briefing document on an iPad.

While Trump is getting fewer briefings than what's been traditional, he's gotten more during the transition than President Richard Nixon. Nixon, who had vast knowledge about foreign policy, didn't receive any face-to-face intelligence briefings between his election and inauguration.

Priess said intelligence agents did the next best thing. They put the President's Daily Brief in sealed envelopes and dropped them off with Nixon's secretary, Rose Mary Woods. That didn't work either. Woods put the unopened envelopes in a safe and at the end of the transition, the envelopes — unopened — were returned to intelligence agencies.