Trump: VP list is down to 'five or six' 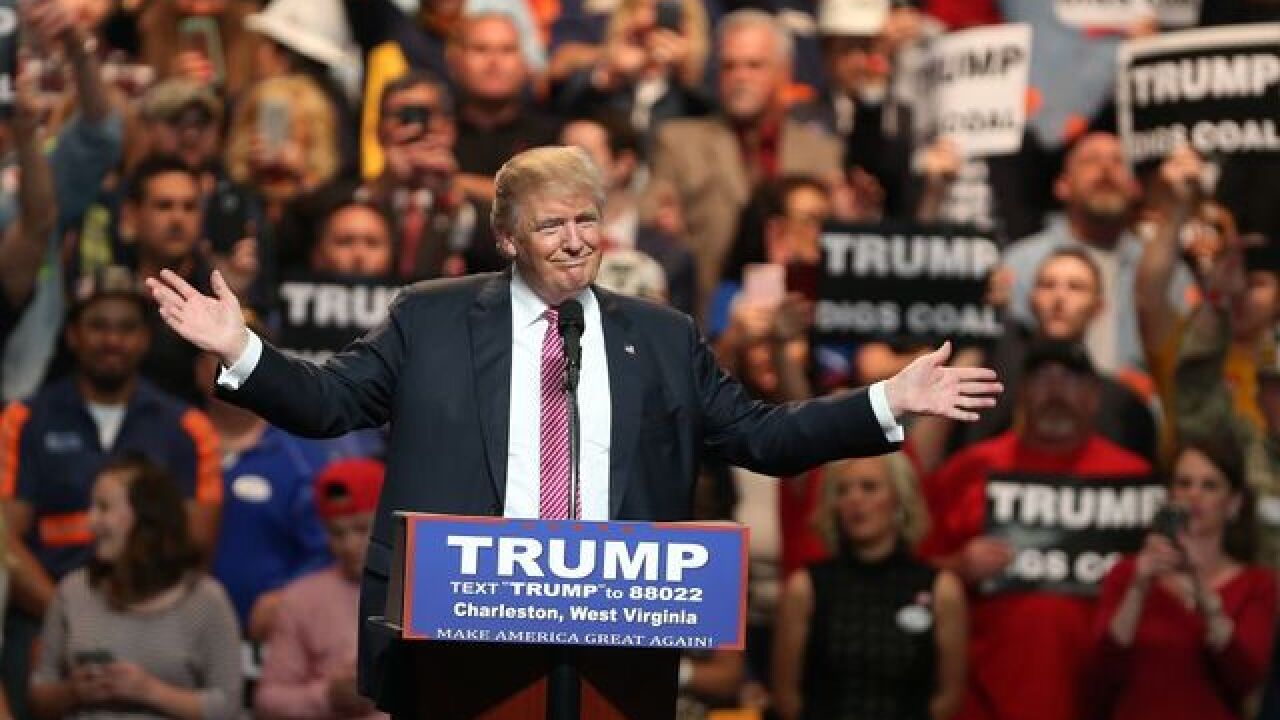 But in a break from recent major party nominees, Trump does not plan to invest heavily in a data-driven effort to target voters in the fall campaign. Despite pressure, the billionaire businessman also does not expect to release his tax returns before the November election.

"There's nothing to learn from them," Trump told The Associated Press in an interview Tuesday. He's cited an ongoing audit of his finances as the main reason for withholding the information, and also has said he doesn't believe voters are interested.

Trump's comments came as he begins to ramp up for a long, expensive general election campaign. His two remaining Republican rivals suddenly dropped out of the race last week, anointing him the party's presumptive presidential nominee faster than even the confident candidate expected.

As part of his general election planning, Trump told the AP at his office in New York that he's moving aggressively to identify a running mate with deep political experience. While he would not provide a full list of names, he did not rule out New Jersey Gov. Chris Christie, the former rival whom he's already tapped to head his transition planning.

Trump's campaign manager, Corey Lewandowski, is running the vice presidential vetting effort "with a group," Trump said, that includes former competitor Ben Carson and himself. "Honestly, we're all running it. It's very much a group effort," said Trump.

A first-time political candidate, the celebrity businessman said there's no need for another business person on the Republican ticket and he wants a running mate who can help him pass legislation as president. By joining forces with a political veteran, Trump would also signal a willingness to work with the Republican establishment that he's thoroughly bashed during his campaign.

Trump said he doesn't plan to announce his running mate until the Republican National Convention in July, a four-day event that he's planning to remake with a showman's touch.

"The concept of some entertainment from a great singer, a great group I think would be something maybe to break things up," Trump said. "You'll be hearing plenty of political speeches."

In the interview, Trump outlined a general election campaign that banks heavily on his personal appeal and trademark rallies while spurning the kind of sophisticated data operation that was a centerpiece of Barack Obama's winning White House runs.

"I've always felt it was overrated," Trump said. "Obama got the votes much more so than his data processing machine. And I think the same is true with me."

He also ruled out for the first time the option of taking public financing for his campaign, money that would have saved him the time-consuming task of raising vast sums but would have dramatically limited the amount he would have been able to raise.

"I don't like the idea of taking taxpayer money to run a campaign. I think it's inappropriate," he said.

Trump stunned the political world at every turn during the Republican primary season, prioritizing large rallies over intimate voter interactions in early voting states and operating with a slim campaign operation. Even as he brings in new staff for the general election campaign, he says his emphasis will continue to be on raucous rallies to put him in front of thousands of voters and generate free media coverage.

"My best investment is my rallies," Trump said. "The people go home, they tell their friends they loved it. It's been good."

The businessman said he'll spend "limited" money on data operations to identify and track potential voters and to model various turnout scenarios that could give him the 270 Electoral College votes needed to win the presidency. He's moving away from the model Obama used successfully in his 2008 and 2012 wins, and which Clinton is trying to replicate, including hiring many of the staff that worked for Obama.

Still, the Republican National Committee has invested heavily in data operations, eager to avoid another defeat to a more technologically savvy Democrat. Trump could make use of that RNC data if he wished.

Trump and his aides have been meeting with RNC officials this week to discuss the mechanics of his campaign. He is also planning a trip to Washington Thursday to meet with party leaders, including House Speaker Paul Ryan, who have had a mixed reaction to his primary success.

Though Trump has vowed to be tough in taking on Clinton, he also suggested he might avoid running negative ads against her, saying, "I just don't find them to be very effective."

"I've had over $100 million in negative ads spent on me and every time it's boosted my numbers," he said.

As Trump was speaking, however, his campaign posted a new ad on Instagram assailing Clinton for her response to the attacks on a diplomatic compound in Benghazi, Libya.