How to get tickets to the Detroit GOP debate 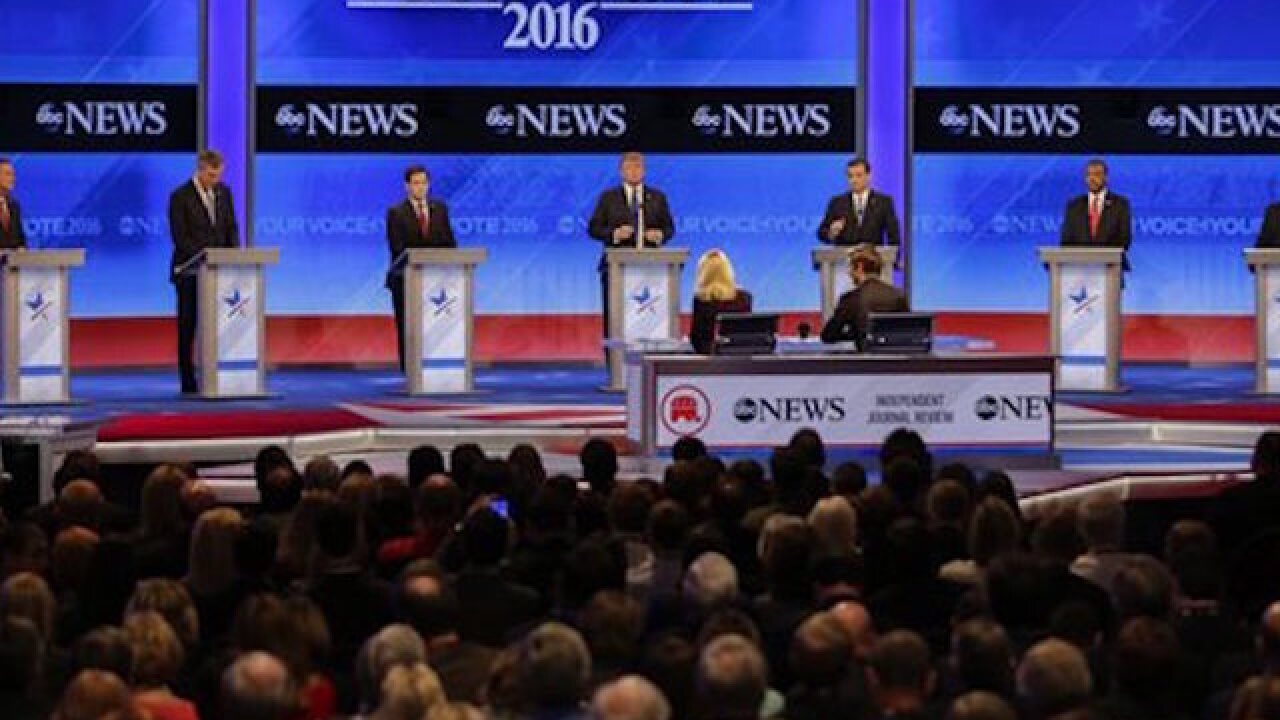 The Republican presidential candidates will be in Detroit on March 3 for a debate at the Fox Theatre.

If you are looking to attend the debate, you can sign up to get tickets on the Michigan GOP website by filling out a form.

According to the website, seating is extremely limited, but they are going to give out as many tickets as they can during the week of the debate.

Anyone wanting tickets does not have to donate to the GOP to get them, but filling out the form does not guarantee you will get a ticket, according to Michigan GOP spokeswoman Sarah Anderson.

According to Anderson, they don't know how many tickets they will get or when they will get them, but plan on posting information as it becomes available on their website.

As of now, there are six candidates who would be in the Republican presidential field at the time of the debate. Those are: Businessman Donald Trump, former Florida Gov. Jeb Bush, Florida Sen. Marco Rubio, Texas Sen. Ted Cruz Ohio Gov. John Kaisich and retired neurosurgeon Dr. Ben Carson.

Jim Gilmore, the former governor of Virginia is also still in the race, but he has not been eligible for the debates as he hasn't received enough support.

For more information including the form to fill out, visit migop.org.