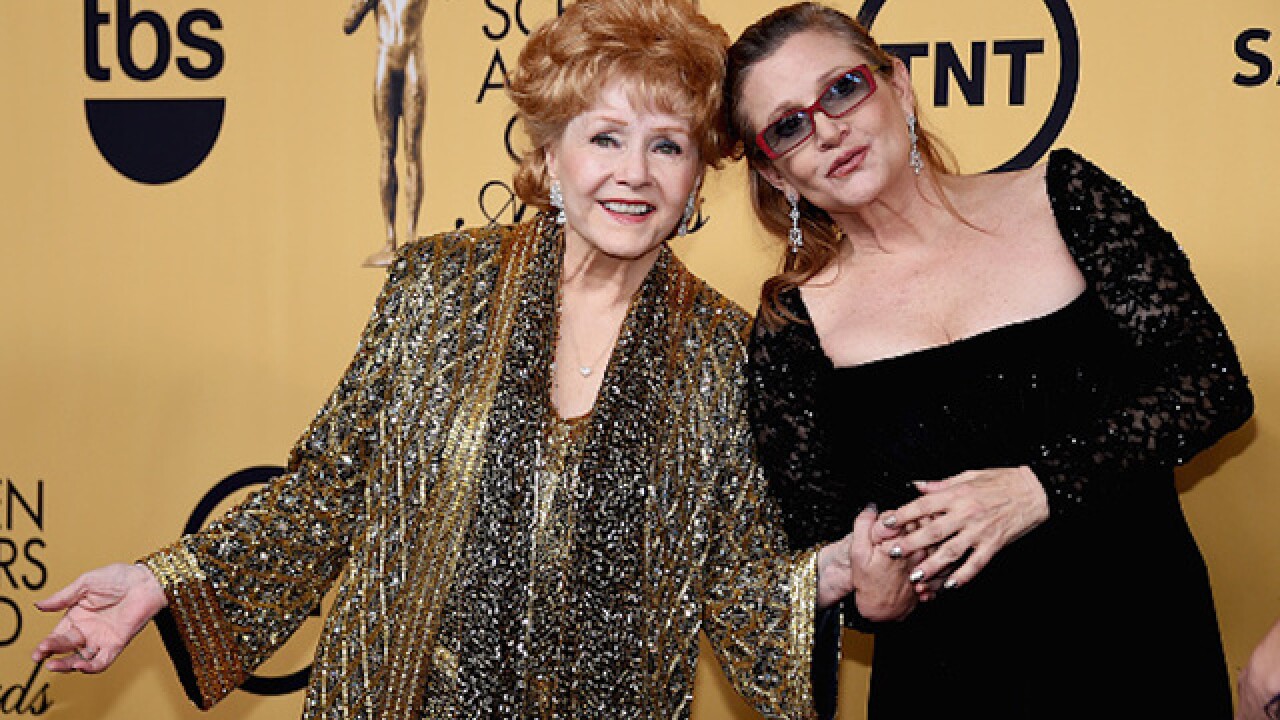 According to TMZ , Reynolds was planning Fisher's funeral at her son’s house. Reynolds was rushed by ambulance to a nearby hospital. She died a few hours later.

Reynolds, 84, was taken to a Los Angeles hospital Wednesday afternoon, according to the Los Angeles Times.

Todd Fisher told CNN, "My mother passed away a short time ago. She spoke to me this morning and said she missed Carrie."

Reports say that Reynolds suffered a stroke, though no official cause of death has been announced.

RELATED: Celebrities we lost in 2016

Reynolds was one of Hollywood's most popular starlets in the 1950s and '60s, thanks to iconic performances in Singin' in the Rain, How the West Was Won and The Unsinkable Molly Brown. She married singer Eddie Fisher in 1955 and gave birth to Carrie Fisher in 1956.

Reynolds also married to Harry Karl and Richard Hamlett, and also had a son named Todd.

Later in life, Reynolds continued to work and held notable roles in Fear and Loathing In Las Vegas and Wings.