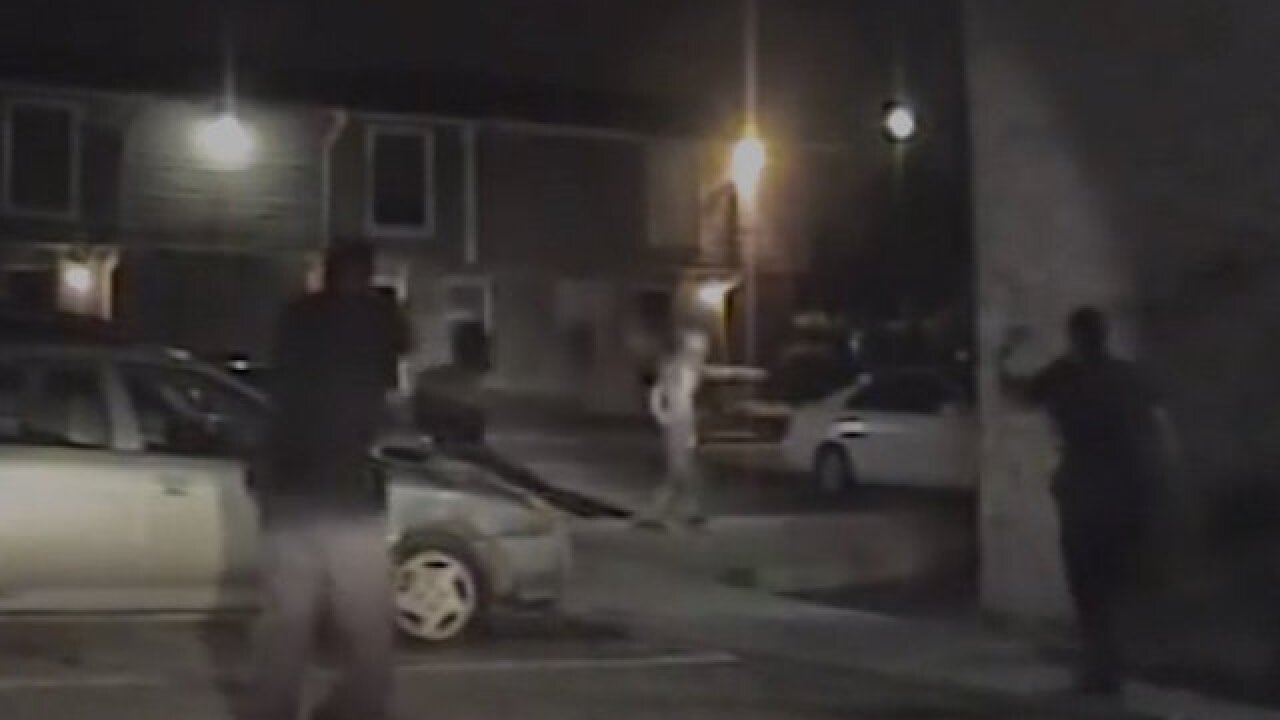 CNN
Fort Worth Police Department
<p>A newly released video appears to show a Texas police officer shooting a black man in the back in July as he was walking away, contradicting the officer's account that the man was a threat, according to a lawyer for the victim, David Collie.</p>

(CNN) -- A newly released video appears to show a Texas police officer shooting a black man in the back in July as he was walking away, contradicting the officer's account that the man was a threat, according to a lawyer for the victim.

After the July 27 shooting, the Fort Worth Police Department released a statement that Collie, 33, was shot after an officer and a Tarrant County Sheriff deputy misidentified him as possibly being one of two armed robbery suspects. But the department contended Collie was shot after he refused to comply with orders to stop and an officer misidentified a "silver object" in his hand as pistol, which he believed Collie was pointing at the deputy.

The officer fired two rounds, striking Collie once in the lower torso, police said. Collie dropped the silver object, which turned out to be a silver colored box cutter, police said.

The dashcam video leaves a number of questions unanswered. It is hard to see if anything is in Collie's hand. Washington said the officer's body camera, which may have given a better angle, cuts off before the officer exits the vehicle and doesn't cut back on until after the shooting.

The 10-minute dashcam video begins as the officers -- who are working an off-duty security job in a police cruiser -- are driving along a street before turning into the parking lot of an apartment complex.

The deputy aims a flashlight toward Collie while the officer raises his pistol. In the light of the flashlight, Collie comes into view and his right arm appears extended straight out to his right, as if he were pointing at something. He is more than thirty feet in front of the officers, according to Washington, and his back to them. Two seconds later -- four seconds after he exited his vehicle -- the male officer fires, sending Collie to the ground.

Police contended Collie, who was wounded in the back and left permanently paralyzed, matched the description of one the robbery suspects. Washington said a case of mistaken identity defied common sense.

The police department put the officer on paid administrative leave during the internal investigation, which police spokesman Sgt. Marc Povero told CNN on Thursday amounted to "a few days."

That investigation found no criminal wrongdoing on the part of the officer, he said.

Instead, police brought aggravated assault charges against Collie, but a Tarrant County grand jury did not indict him. Washington called the charges "revolting and repugnant."

"Mr. Collie did not commit a crime," said Washington who then took aim at the police department. "It's a crime to falsify police reports to say that someone lunged at you, or pointed a weapon at you. It's a crime to shoot someone in the back from 34 feet away."

The internal police investigation was given to prosecutors in November, according to Samantha Jordan, a spokeswoman for the Tarrant County District Attorney.

The investigation will be presented to a grand jury as are all officer-involved shootings as a matter of policy, she said.