Dalai Lama: "I have no worries' about Trump 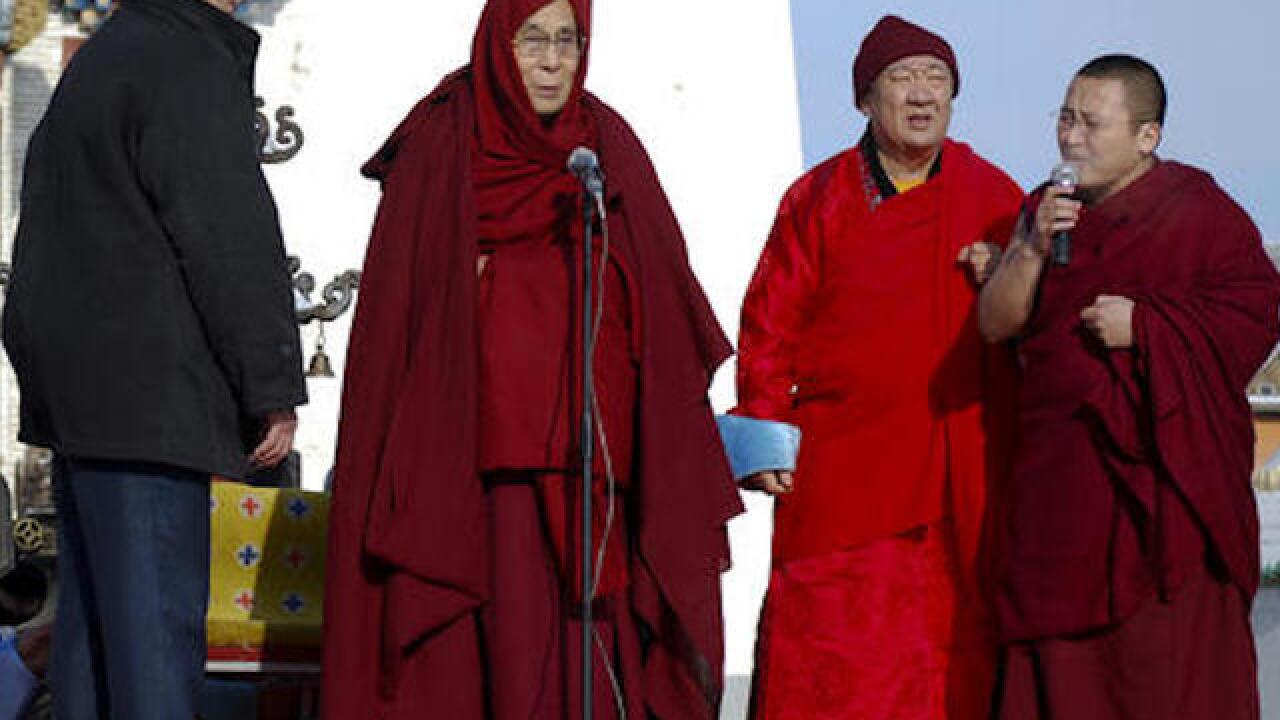 ULAANBAATAR, Mongolia (AP) — Exiled Tibetan spiritual leader the Dalai Lama says he has "no worries" about Donald Trump's election as U.S. president and expects the businessman will align his policies with global realities.

Commenting at the conclusion of a four-day visit to Mongolia, the leader of Tibetan Buddhism says he looks forward to meeting Trump at some point following the Jan. 20 inauguration.

The 81-year-old monk says he has always regarded the U.S. as the leading nation of the "free world" and wasn't concerned about remarks made by Trump during the election campaign. Some of those comments have been cited as offensive to Muslims, Hispanics and other U.S. minority groups.

China accuses the Dalai Lama of seeking to spit Tibet from China and had demanded Mongolia scrap his visit.