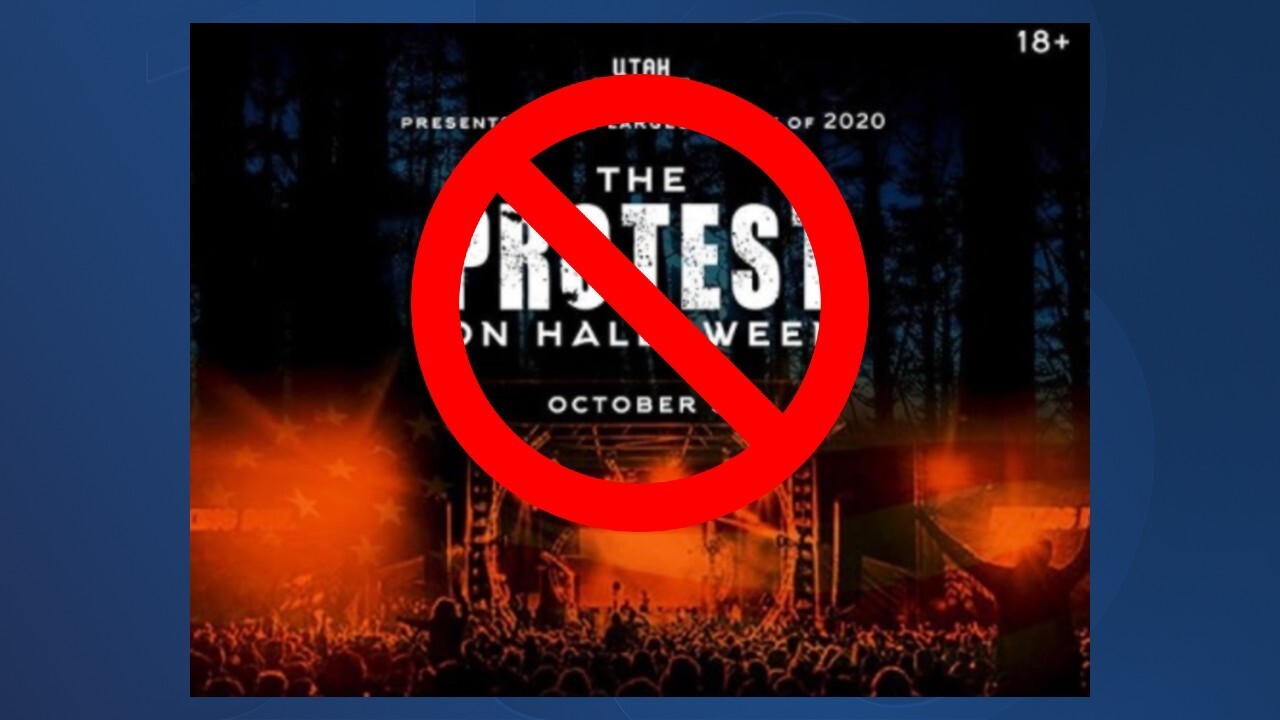 SALT LAKE CITY — A Halloween protest party scheduled for Saturday night near Salt Lake City has been canceled, with organizers claiming harassment and intimidation led to its downfall.

"The Protest on Halloween" party was promoted via social media by a group calling itself Utah Tonight. The party featured four DJs and a guarantee that attendees would not have their faces shown in photos.

As recent as last week, the group said the party's purpose was to promote "mental health and to raise a voice against those who are using fear and misleading information to gain power and control in our lives. Life must go on. COVID-19 is real, but it shouldn't be the end of normalcy!”

However, as COVID-19 cases continued to soar in Utah over recent weeks, the image of thousands partying up close no doubt became a Halloween nightmare to officials.

Monday afternoon, the Utah Tonight group posted to its Instagram page that the party has been called off. Saying "thousands" had purchased tickets to the event, the organizers acknowledged the rise in cases may have played a role in the decision while also attacking government officials and the media.

"The Utah Tonight team has fought tirelessly to provide individuals with an evening of normalcy and enjoyment during this year of uncertainty." the post read. "...we must acknowledge that even following every known guideline to combat COVID-19 would be insufficient to some."

"We find it both disheartening and concerning that some within our society have allowed fear to supplant basic rights of assembly, giving individuals within the media and some public servants the ability to control what we consider to be a 'pursuit of happiness.'"

The cancellation post claims the group was forced to call off the party while other well-attended events like the state fair, rodeos, gyms and haunted houses are able to remain open.

"What should be a fair and impartial application of guidelines for all people has become an exercise of political rhetoric and fear-mongering." the group states.

The group ends by accusing those in power, including the media, of harassing and intimidating people to shut down the event.

"It is our hope that you may not find your 'pursuit of happiness' on the unspoken list of restricted activities in the State of Utah."

This article was written by Sydney Glenn for KSTU.