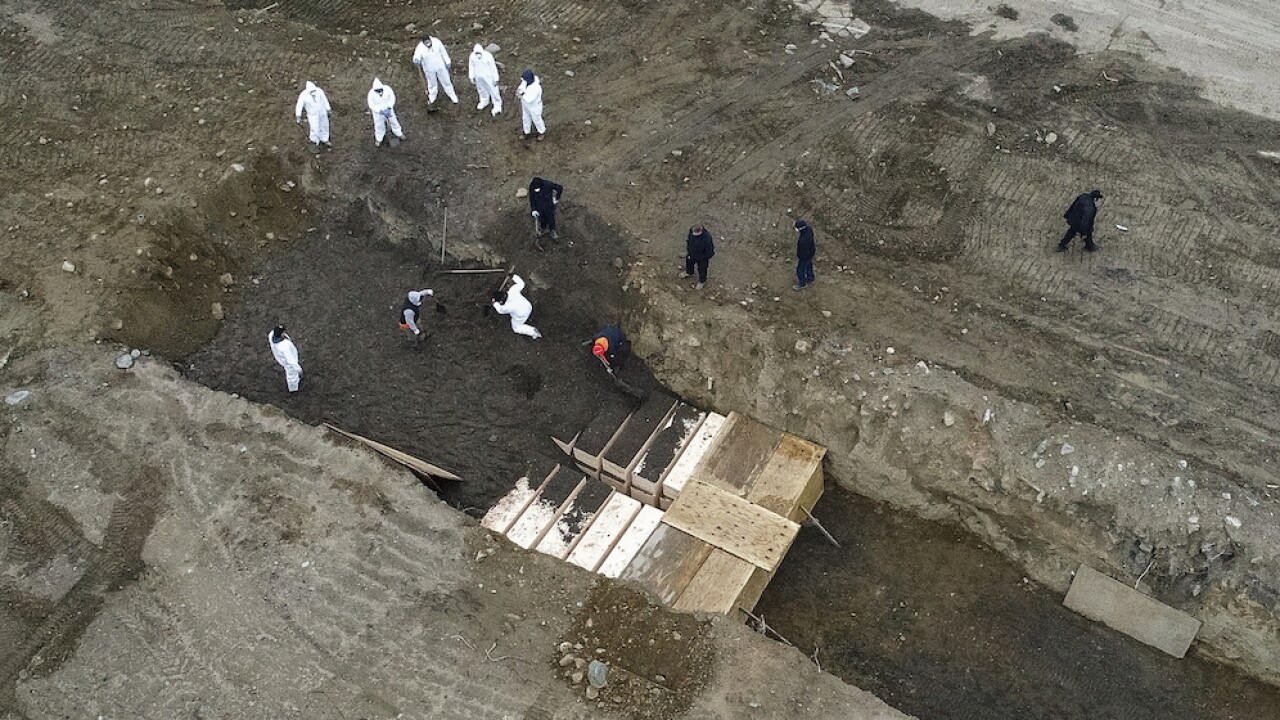 As New York City deals with a mounting coronavirus death toll, the city has shortened the amount of time it will hold unclaimed remains.

The office says it's changing policy to free up space at the city's morgues.

Normally, about 25 bodies a week are interred on the island, mostly for people who go unclaimed by relatives or whose families can't afford a funeral. Now, city officials there say that they are burying around 24 bodies a day.

More than a million people are interred on the island.

As of Friday morning, at least 5,150 in New York City had died of the coronavirus. Across the state, more than 161,000 cases of the virus have been confirmed — more than any other country in the world.