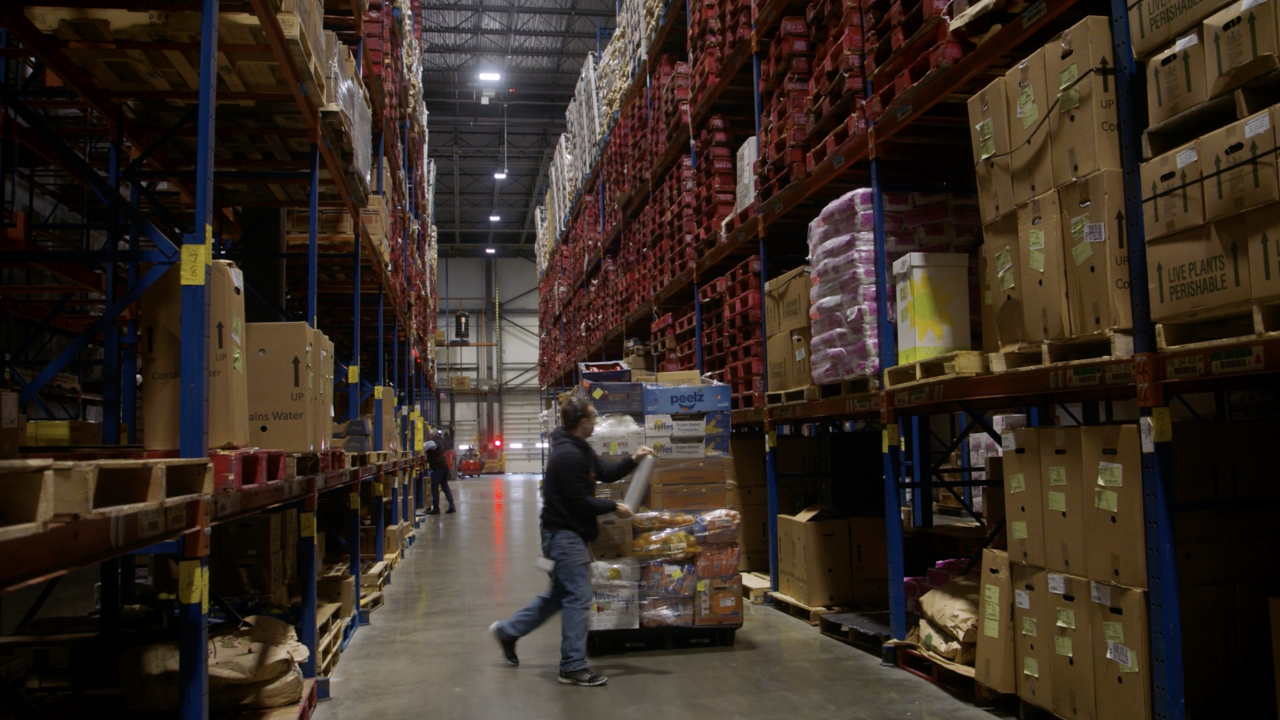 Kevin Weis doesn’t know the last time he had a day off. This 28-year-old has been working non-stop since the start of the COVID-19 outbreak to help keep supermarket shelves stocked around New England.

Last week, he worked 73 hours, and things show no sign of letting up.

“We’ve been very busy, very busy,” he said, while holding a box of corn in his hands. “Long days, big order. The numbers we’ve been getting are astronomical, historical.”

Weis works for Associated Grocers of New England, a grocery distribution cooperative that’s responsible for getting food and other household items to nearly 600 stores across a six-state region. Across the country, there are thousands of people like Weis working in similar distribution centers doing their best to keep up with demand as many Americans are now entering their second month in quarantine.

“My old man always asked me why I stay in the food business, and I tell him that people are always going to need food,” he said. “I feel essential, because if we aren’t here it’s not going to the shelves.”

Associated Grocers of New England processes all of their grocery products through a 495,000 sq. ft. warehouse in Pembroke, New Hampshire. Everything from yogurt to toilet paper, to hand sanitizer to chicken, passes through this building. When shoppers initially started rushing supermarkets at the start of the outbreak, this warehouse saw their food reserves being emptied at an unprecedented rate.

“I’ve never seen anything like it,” recalled Mike Violette, who serves at the company’s president and CEO. “We’ve had this happen with big snowstorms, but nothing like this that’s so continuous.”

While demand for food inside the nation’s grocery stores has leveled off a bit, Violette believes it could be months or even a year before many supermarkets are fully stocked with the same kind of products that were available before coronavirus hit.

“Suppliers are limiting what they send us, so they are limiting the items they’re producing,” he said. “You won’t have as many choices as you had in the past, but you’ll have the products.”

An increased demand has also meant a need for more workers. In the past week alone, this distribution center has hired 20 new workers, many of whom were laid off from other jobs that fell victim to the outbreak and subsequent shutdown of businesses.

Violette says while the situation is stressful, shoppers shouldn’t feel the need to overreact.

“There’s really no need to panic,” he said.