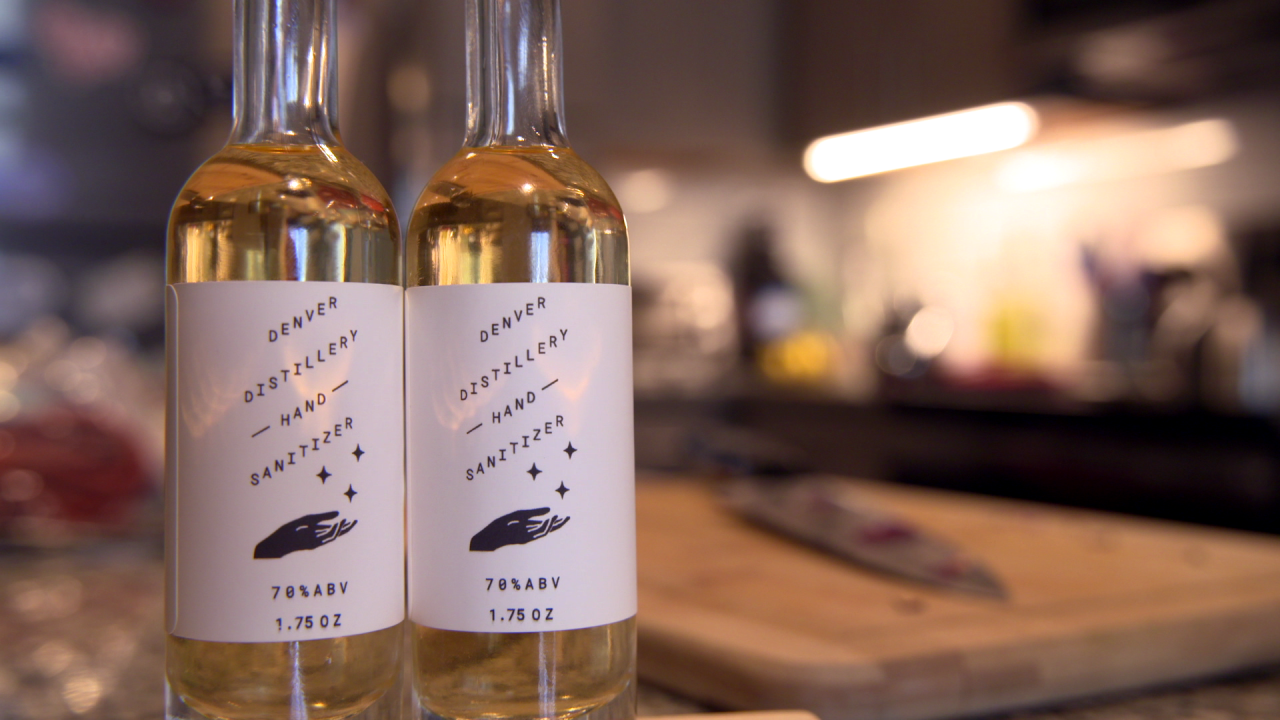 Desperate times call for desperate measures. In the face of the pandemic-induced shortages, distilleries across the country are rising to the challenge. But instead of turning water into wine, they’re turning spirits into sanitizer.

Denver Distillery prides itself on its non-GMO spirits.

While the CDC says washing with soap and water is the best prevention against coronoavirus, hand sanitizer containing at least 60 percent alcohol is a good back up, but it’s in short supply.

The FDA relaxed regulations over hand sanitizer production, allowing distilleries to cook it up as long as they follow the World Health Organization’s recipe.

According to Craft Spirit Magazine, dozens of distilleries in at least 44 states have jumped on board.

“We're gonna go through a series of distillation on our stills here and that's essentially going to concentrate what the yeast has created into the purest chemical form of ethanol that we can create,” explains Erik Dever, the head distiller at Denver Distillery.

“We're trying to be above the 60 percent for it to be effective in terms of being hand sanitizer,” says Tarver.

One challenge has been keeping up with demand.

“The biggest order I’ve had asked for so far is 330 gallons of ready-made sanitizer,” he says.

But with a four-week backlog across the nation on high-proof alcohol, making that much isn’t possible for the micro-distillery right now.

“Right now, we're using the Greens we have and then we'll try and get more and keep making it. If we had the option of if someone were able to get us a bunch of high- proof alcohol, yeah, we could easily turn it into more sanitizer,” says Tarver.

The other challenge is that bottles are also in high demand. So, they had to improvise.

“We ended up bottling our sanitizer in shooters; a little 1.7mm bottles that we had sitting around,” he says.

For now, they’re filling up the 600 bottles as fast as they can. The hope is to help the community at large stay healthy as long as possible.