Conway says Trump 'Apprentice' role will be in spare time 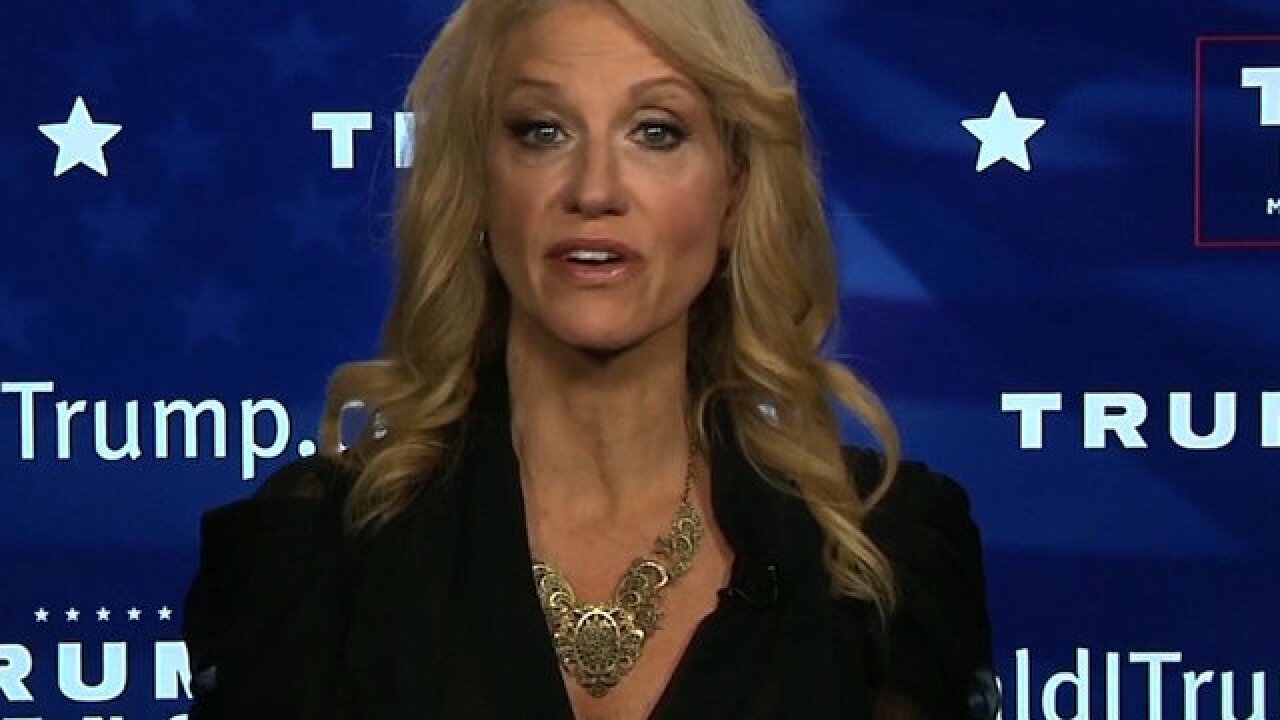 CNN
CNN
<p>Kellyanne Conway on Friday defended President-elect Donald Trump's decision to remain an executive producer on NBC's "Celebrity Apprentice" even as he takes office, arguing that "presidents have a right to do things in their spare time."</p>

(CNN) -- Kellyanne Conway on Friday defended President-elect Donald Trump's decision to remain an executive producer on NBC's "Celebrity Apprentice" even as he takes office, arguing that "presidents have a right to do things in their spare time."

"He's a very transparent guy. Everyone can see what he's doing, and the fact is that he is conferring with all types of experts who tell him what he can do and not do as president of the United States," Conway, a top Trump adviser and his former campaign manager, said on CNN's "New Day." "If this is one of the approved activities, then perhaps he will consider staying on."

Trump's agreement with the show, first reported by Variety and confirmed by sources at NBC and the Trump campaign, means the president will have an interest in a show aired by a media company that also reports on his presidency -- a major conflict of interest for the network.

"Were we so concerned about the hours and hours and hours spent on the golf course of the current president? I mean presidents have a right to do things in their spare time, in their leisure time," Conway argued.

"I heard you object to Mr. Obama playing golf. Will Mr. Trump not be playing golf for the next four years?" host Alisyn Camerota countered.

"Well, maybe he will be," Conway answered. "It certainly seems like there is a lot of time to do based on recent precedent while you're president the United States. But the point is the same. Whether it's President Obama or president Donald Trump, the idea that these men are going to be all work and nothing else all the time is just unrealistic because it's never happened in our lifetimes."

The former Trump campaign manager said that the president-elect's "work is his work and work his hobby," adding that his "preferred time is with his family, but it's followed very closely behind with his work."