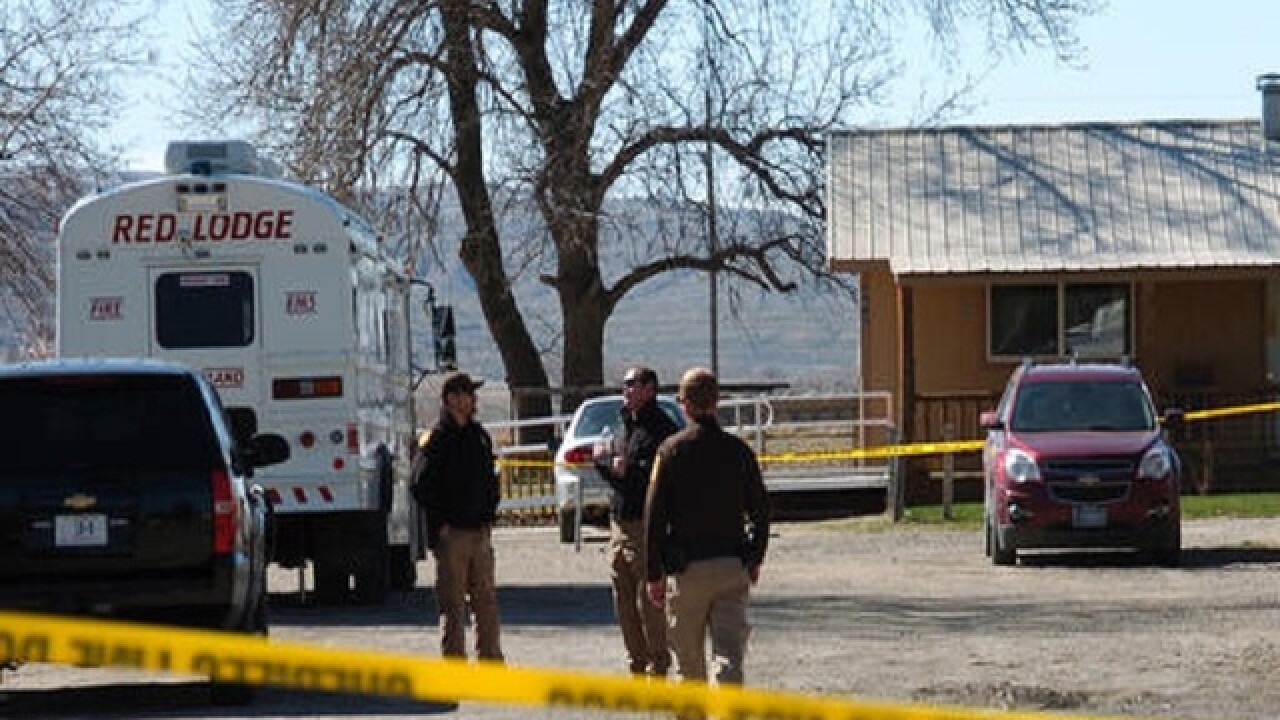 Matthew Brown
<p>Law enforcement is seen at the scene of a triple slaying in the small town of Belfry, Mont. on Friday, April 8, 2016. A man accused of killing three people he was living with in a tiny Montana town was arrested early Friday after authorities tracked him to Washington state. Robert James LeCou faces three counts of deliberate homicide in the shooting deaths of two women and one man, whose bodies were discovered in a home in the tight-knit town of Belfry. (AP Photo/Matthew Brown)</p>

By: Associated Press
Posted at 12:29 AM, May 04, 2016
CLEVELAND (AP) — Closing arguments are expected Wednesday in the trial of a Cleveland man accused of killing three women and hiding their bodies in garbage bags.
Thirty-eight-year-old Michael Madison could face the death penalty if he's convicted on murder charges.
Madison was arrested in July 2013, shortly after the bodies were found near the East Cleveland apartment building where he lived.
During the trial that began last month, prosecutors played a recording of statements that Madison made after his arrest.
He told police during an interrogation that he strangled two of the women during fits of rage.
His defense attorney hasn't disputed that Madison killed the women. But he says Madison didn't plan the killings and that they happened during spontaneous bursts of violence.
Associated Press 2016