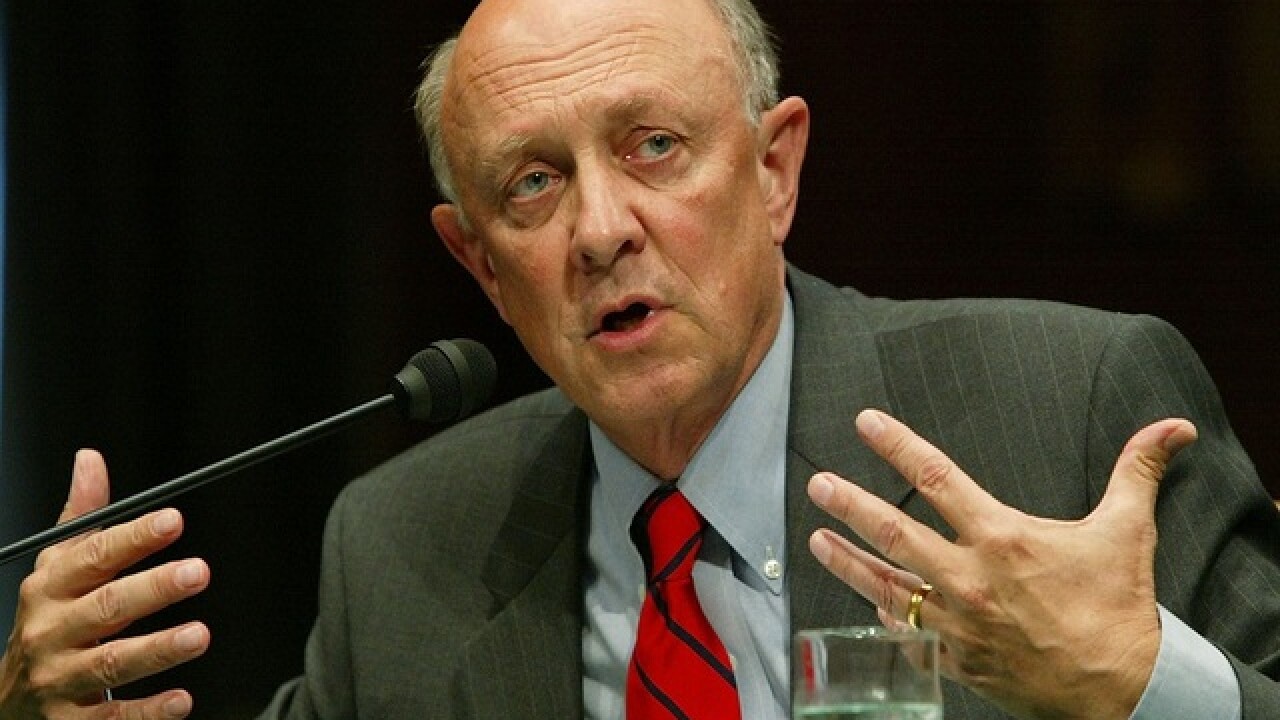 Alex Wong
<p>WASHINGTON - JULY 20: Former CIA director James Woolsey testifies during a hearing before the Senate Select Intelligence Committee on Capitol Hill July 20, 2004 in Washington, DC. The hearing was focused on the reform to the nation's intelligence community. (Photo by Alex Wong/Getty Images)</p>

By: CNN
Posted at 9:09 PM, Dec 12, 2016
(CNN) -- Former CIA Director James Woolsey defended President-elect Donald Trump Monday night amid criticism that he reportedly skips intelligence briefings.
"I'm available on one minute's notice. I don't have to be told -- you know, I'm like a smart person. I don't have to be told the same thing and the same words every single day for the next eight years. Could be eight years -- but eight years. I don't need that," Trump said in an interview on "Fox News Sunday" regarding the briefings.
Woolsey, who led the CIA under President Bill Clinton but is now an adviser to Trump, told CNN's Erin Burnett that "different presidents do this different ways."
"I didn't sit there and brief President Clinton. He wanted to read the briefings. He's a speed reader and he'd write notes to me in the margins sometimes," he told Burnett. "I don't think it means you are not participating in the effort or not doing your job if you don't sit there and have someone read to you. Most of us can read with our eyes faster than we can listen."
The former CIA director also weighed in on the agency's assessment that Russia meddled in last month's presidential election to help Trump defeat Hillary Clinton.
Woolsey said it would be fair to say there is evidence that Russia was guilty of disinformation. He described it as using sophisticated means to spread lies about the Pope, Jews and others who hold values Russia opposes and said he believes the practice "was probably going on in a lot of places, not just in politics."
But Woolsey argued there is no concrete evidence that Russia hacked or attempted to hack voter records in the presidential election.
Asked whether or not Russia specifically tried to influence the election to help Donald Trump, Woolsey responded: "Try to influence by releasing propaganda, disinformation ... Who knows, maybe."
The-CNN-Wire
™ & © 2016 Cable News Network, Inc., a Time Warner Company. All rights reserved.
WSYM