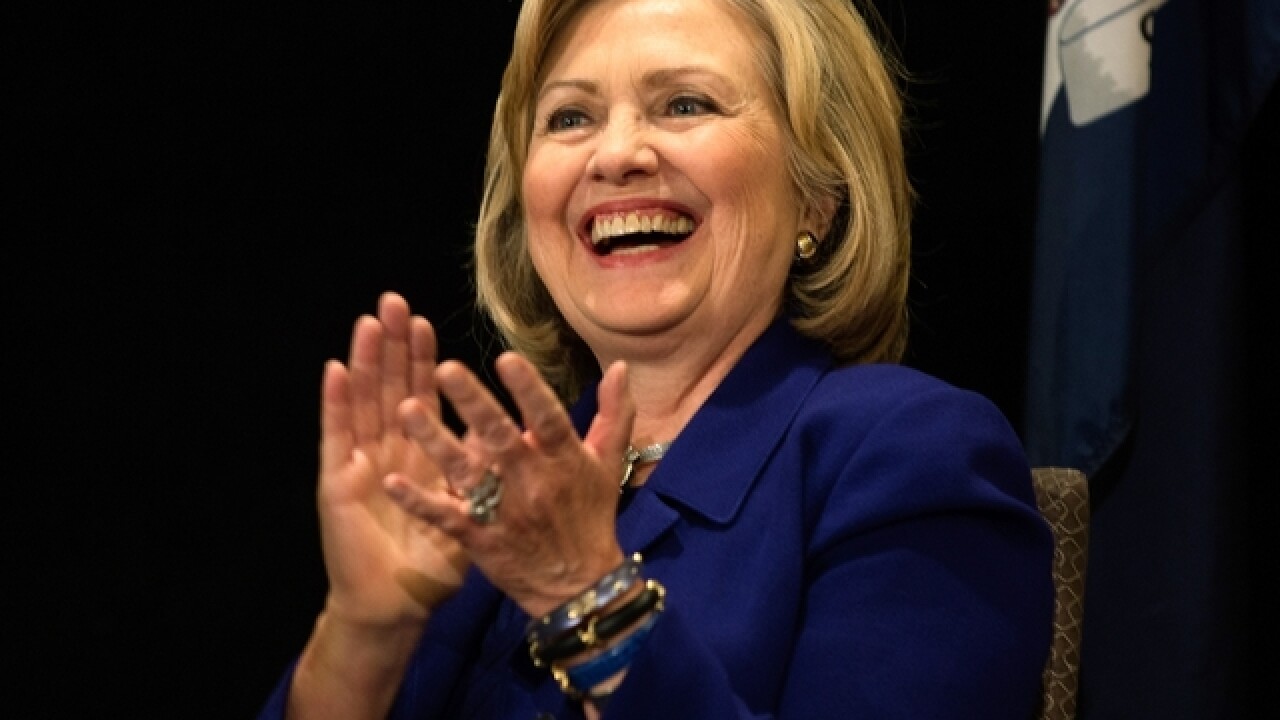 CULVER CITY, Calif. (AP) — Hillary Clinton is hoping to lock up the Democratic nomination in just a few more days.

Campaigning in California Friday, Clinton told about 500 cheering supporters that "if all goes well, I will have the great honor as of Tuesday to be the Democratic nominee for president."

Clinton is just 70 delegates away from clinching the nomination. She and rival Bernie Sanders are both campaigning aggressively in California, which votes on Tuesday.

Flanked by female celebrities and elected officials, including Sally Field, Elizabeth Banks and Debra Messing, Clinton embraced the historic nature of her candidacy, saying "starting next Tuesday we're on our way to breaking the highest and hardest glass ceiling."

Clinton continued her attacks on presumptive Republican nominee Donald Trump, who she assailed in a foreign policy speech Thursday.