CLEVELAND — On the heels of a historic vote to give added protections to LGBTQ residents in Ohio's Cuyahoga County, one man claims he is out of a job after celebrating love.

His employer called him out on a couple of his recent posts on social media.

"I really wasn't even thinking about it at the time, that it would be anything detrimental," said Keith Kozak.

The New York man was an outreach minister for the Catholic Diocese of Cleveland. Kozak held the position at a local university up until last week.

"Really feels discouraging that this is still happening," said Kozak.

According to Kozak, he was called into a meeting and questioned about photos from two same-sex weddings.

"I never posted anything, that in my opinion, would've been controversial in any way," said Kozak.

Kozak was in the process of interviewing for a promotion within the Diocese.

"When they called me in, I was thinking it had something to do with that," said Kozak.

The 39-year old found himself face-to-face with his supervisor and someone from human resources.

"They sat me down and they said we had seen some things on Facebook and Twitter and that would like to talk to you about that," said Kozak.

Kozak said he hit "like" on a picture showing a same-sex wedding ceremony on Facebook and posted a few others after attending a reception for another gay wedding.

"It was a quick meeting. The very next day I received a letter that said I was terminated," said Kozak. 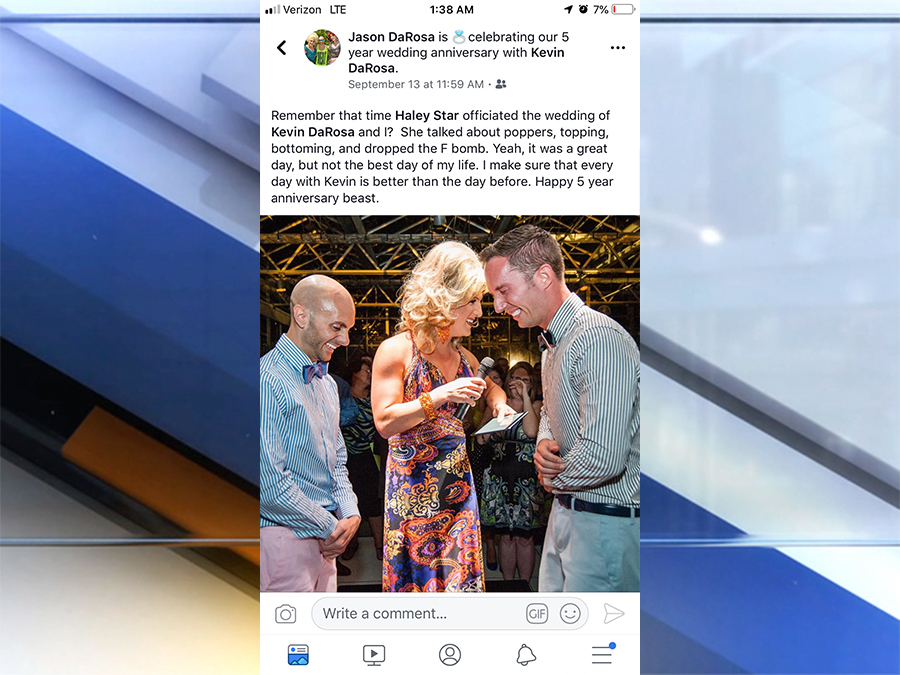 Here is the photo Kozak said he posted about a wedding he went to and wished the couple well: 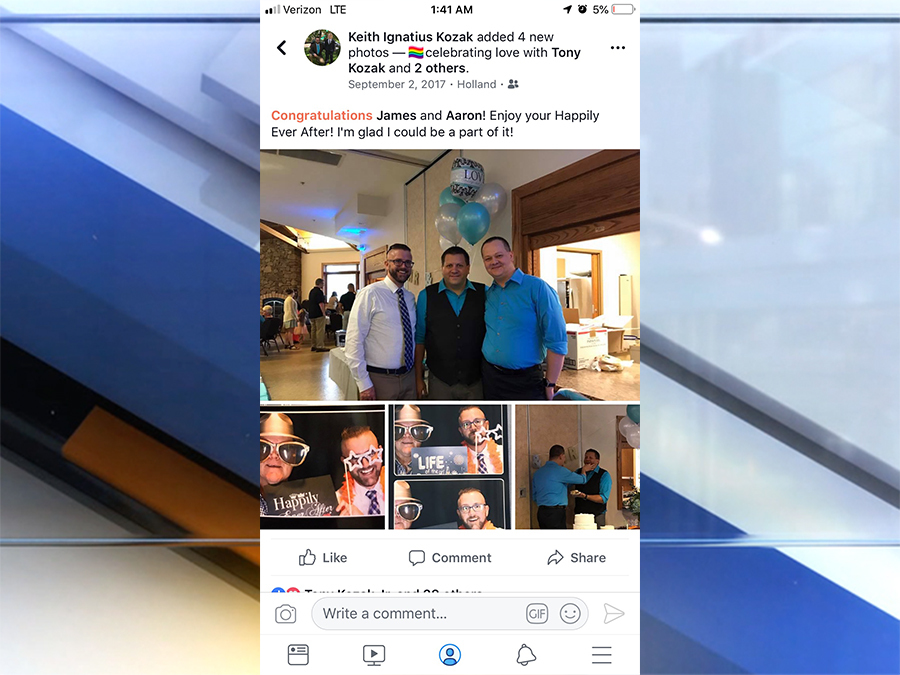 Kozak, who is Catholic, never disclosed his homosexuality to the Diocese.

"I didn't feel comfortable doing it, but I also thought it wasn't important at the time," said Kozak.

Kozak said this move by the church rocked how he views his religion.

"I still have a strong faith, still believe in God," said Kozak.

"The church in Cleveland has just been very discriminatory in my opinion," said Kozak.

While the organization didn't specifically comment on his case, a spokesperson said the Cleveland Diocese might be within its rights, citing "ministerial exception." It prohibits clergy members from bringing claims under federal discrimination laws because the relationship between an organized church and its ministers is its lifeblood.

Kozak admits he knew his social media must reflect the teachings of the Catholic Church, but he didn't feel like his posts violated that.

Meantime, the Catholic Diocese of Cleveland released a statement which said it does not comment on specific reasons for personnel action, but it's confident that Kozak's termination was appropriate.