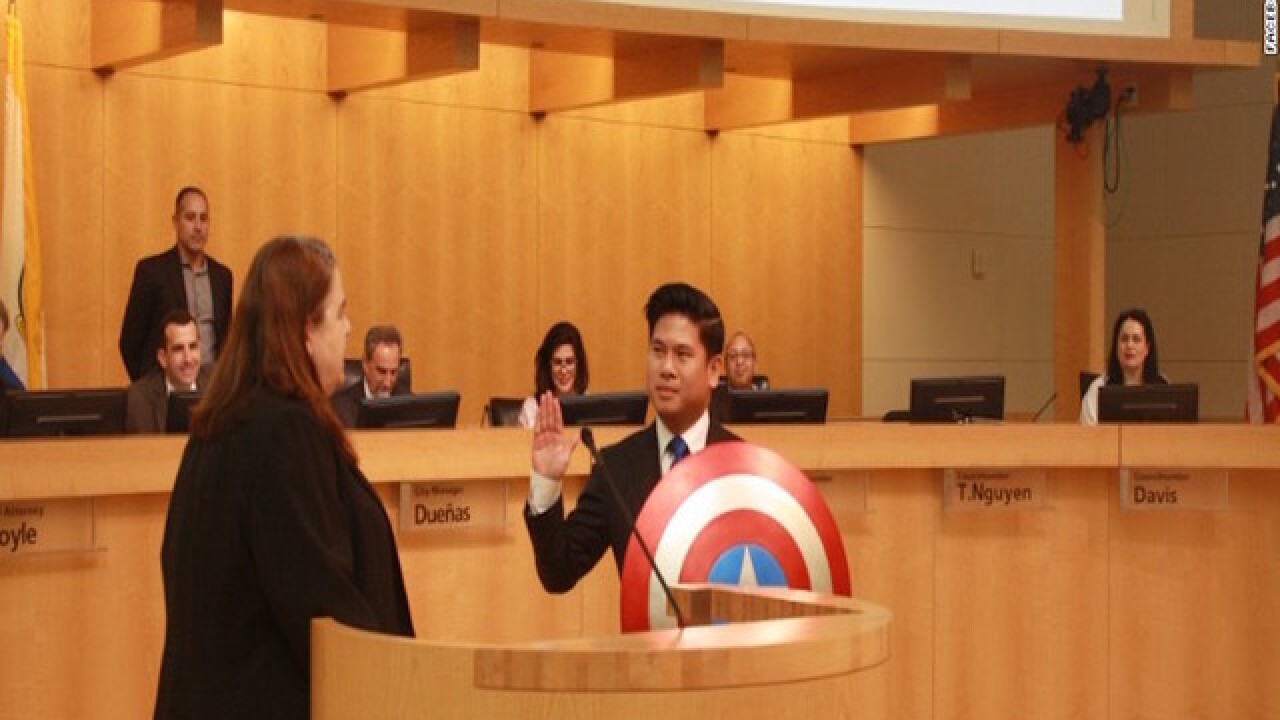 The San Jose, California City Council may have thought they had a superhero as its newest member following the newest member's swearing-in ceremony.

As San Jose Councilman Lan Diep was called forward to take his oath of office, he pulled a limited edition movie-prop replica Captain America shield from under his desk. The councilman is a huge fan of comic books and decided this auspicious occasion would be a perfect time to show off one of his most treasured possessions.

"The political landscape as of late has been gloomy," Diep told The Washington Post . "I just wanted to bring a moment of levity to the proceedings."

The shield, according to Liep, is not "something you can get at Toys R Us". It is an authentic replica of the shield used by Chris Evans in "Captain America: The First Avenger."

Diep, 32, told The Mercury News that the Captain America is "the embodiment of America's ideals".

"These are the same ideals I hope to live up to as a representative of San Jose," he said. "Plus, I had this really cool shield I wanted to show off."