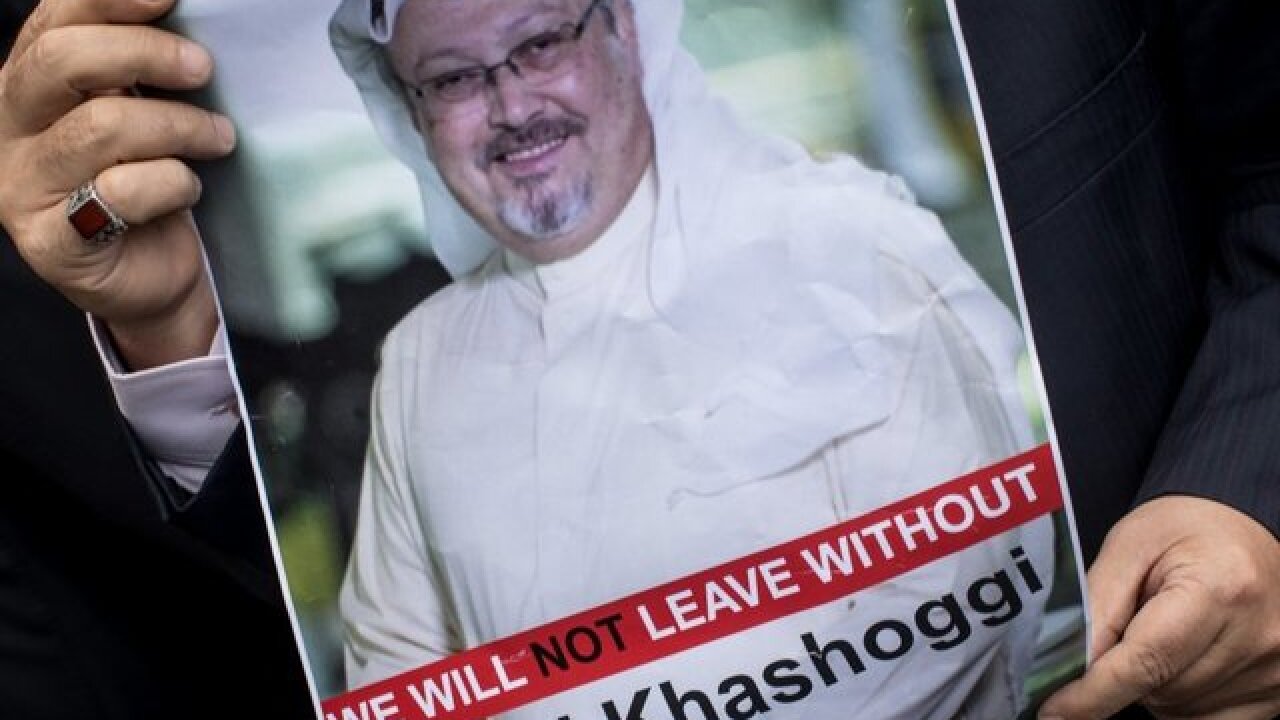 The CIA has determined that Saudi Crown Prince Mohammed bin Salman personally ordered the killing of journalist Jamal Khashoggi, despite the Saudi government's denials that the de facto ruler was involved, according to a Washington Post report.

Citing people familiar with the matter, the Post reported Friday that the CIA reached its conclusion by examining several sources of intelligence. According to the Post, US officials have high confidence in the CIA's assessment.

A spokesman for the CIA declined to comment to the Post. The Saudi government has denied bin Salman's involvement in Khashoggi's death.

Fatimah Baeshen, a spokeswoman for the Saudi Embassy in Washington, told the newspaper that the claims in the CIA's "purported assessment are false."

"We have and continue to hear various theories without seeing the primary basis for these speculations," she told the Post.

Khashoggi, a former Saudi royal insider who became a critic of the country's government, went missing in October after he visited the Saudi consulate in Istanbul to obtain papers for his upcoming marriage. The Saudi government offered changing explanations for Khashoggi's disappearance.

Included in the US intelligence analyzed by the CIA was a phone call the prince's brother Khalid bin Salman made to Khashoggi, encouraging the journalist to make the trip to the consulate to get the documents, according to the Post. Sources told the Post that Khalid made the call at his brother's command.

Khalid denied the Post's reporting, saying on Twitter that he had never spoken to Khashoggi by phone.

"I never talked to him by phone and certainly never suggested he go to Turkey for any reason. I ask the US government to release any information regarding this claim," Khalid said.

He said the last contact he'd had with Khashoggi was via text in October 2017.

Baeshen told the Post that Khalid, who is the Saudi ambassador to the US, and Khashoggi never discussed "anything related to going to Turkey."

Maher Mutreb, an alleged member of the Saudi hit team and a security official for the crown prince, placed the phone call to a top aide for bin Salman informing the aide that the job had been done, people familiar with the call told the newspaper.

According to the Post, the CIA also based its conclusion on its evaluation of bin Salman as a leader who is involved in minor matters.

The CIA does not know the location of Khashoggi's remains, according to the Post.

The Trump administration on Thursday imposed penalties on 17 individuals over their alleged roles in the killing of Khashoggi. Khashoggi's assassination has created a crisis for the Trump administration and drawn attention to President Donald Trump's business ties to Saudi Arabia and the relationship between bin Salman and Trump's son-in-law and senior adviser, Jared Kushner.

Earlier Thursday, the Saudi Public Prosecutor's Office said 11 people had been charged for their involvement in the death of Khashoggi, adding that five are facing capital punishment for being directly involved in "ordering and executing the crime."

Khashoggi was killed following "a fight and a quarrel" at the Saudi consulate, the prosecutor's office claimed. Prosecutors said Khashoggi was tied up and injected with an overdose of a sedative that killed him. Then, according to prosecutors, his body was dismembered and removed from the consulate by five people.