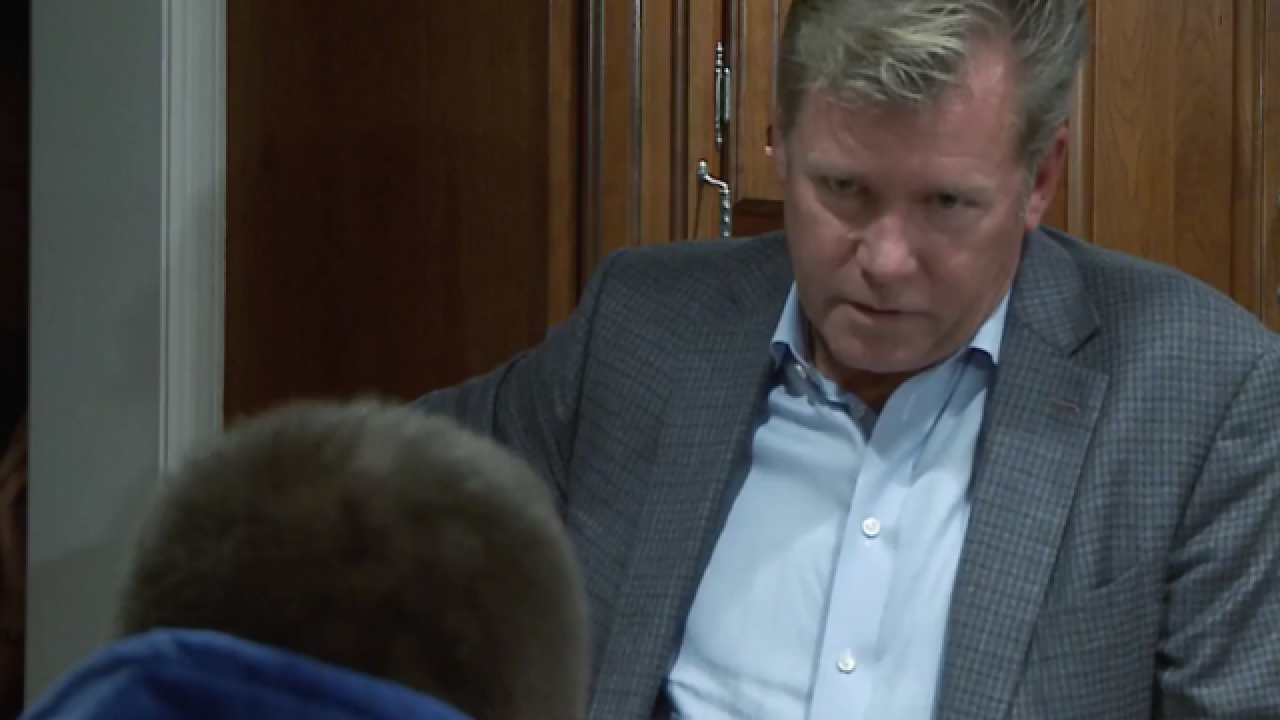 Former "Dateline NBC" reporter Chris Hansen, with the help of donors on Kickstarter, is restarting his series of investigations aimed at finding and arresting adults looking to meet children online for sex.

Though Hansen has since been released from NBC and the "To Catch a Predator" series, Hansen is planning to announce his new series "Hansen vs Predator" next week.

Despite not having a network to produce Hansen vs Predator, Hansen managed to raise $90,000 from more than 1,200 donors, and has already completed its first investigation.

Hansen hosted To Catch a Predator on NBC from 2004-07. Dateline NBC partnered with a group called Perverted Justice and law enforcement to arrest adults intending to meet children aged 12-15 for a sexual liaison.

Instead of finding a child, Hansen would enter the room and interview the suspects. Hansen would then read transcripts of conversations the men had with Perverted Justice volunteers posing as children; often using graphic language.

After Hansen's interview with the suspect, the man would leave the house with police waiting with guns drawn, ready to arrest the suspect.

Following the suicide of a Texas prosecutor who was the subject of Hansen's investigation, NBC was sued by the man's family. NBC settled the case out of court. Following the settlement, NBC stopped producing To Catch a Predator.

To Catch a Predator was also the target of intense media scrutiny as some claimed the program lacked journalistic ethics.

Hansen remained with NBC until 2013.

As part of Hansen's first investigation under Hansen vs Predator, 10 men were arrested in Fairfield, Connecticut in October, according to the Fairfield Citizen. The city's police chief Gary MacNamara credited Hansen's investigation for making the area safer.

“Our community is safer today as a result of this operation,” MacNamara told the paper.