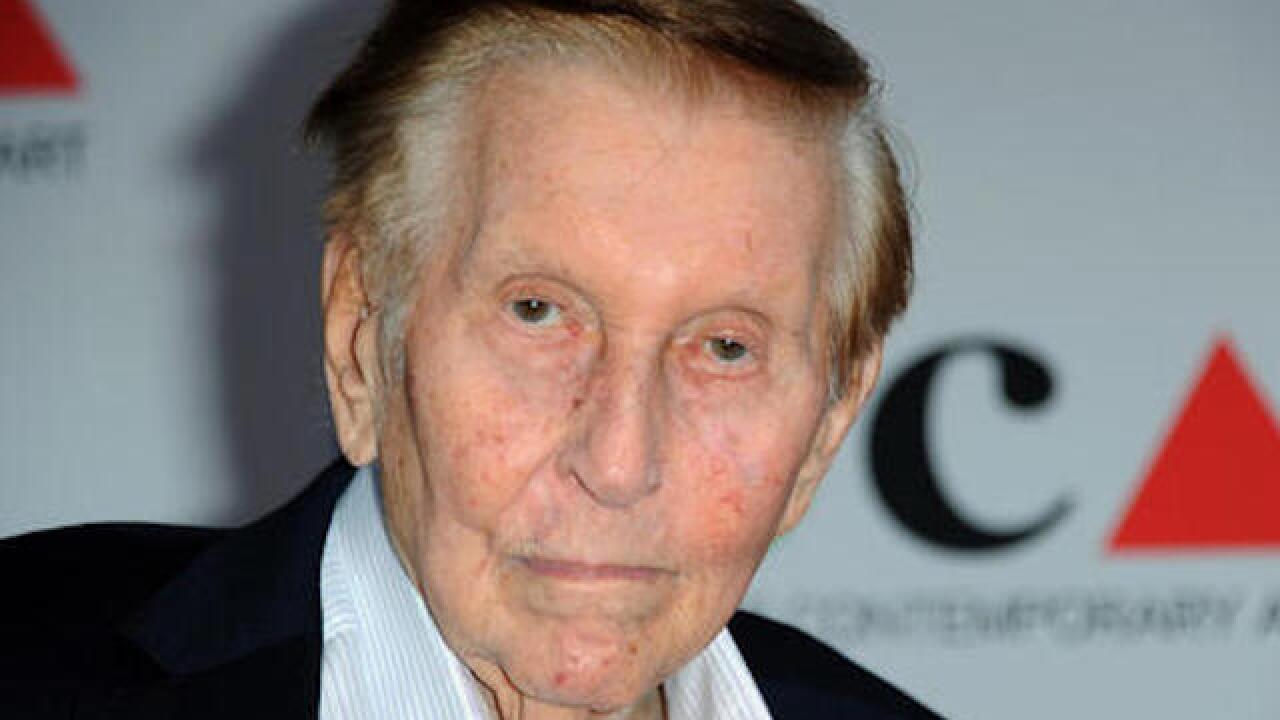 Copyright Associated Press
Richard Shotwell
<p>In this April 20, 2013, file photo, media mogul Sumner Redstone arrives at the 2013 MOCA Gala celebrating the opening of the Urs Fischer exhibition at MOCA, in Los Angeles. A judge ruled on Monday, May 2, 2016, that Sumner Redstone should give 30 minutes of videotaped, sworn testimony in a case about the ailing media mogul's mental capacity that was filed by Redstone's ex-girlfriend and longtime companion, Manuela Herzer. (Photo by Richard Shotwell/Invision/AP, File)</p>

LOS ANGELES (AP) — A judge on Friday dismissed a case challenging the mental competency of Sumner Redstone, saying testimony from the media mogul that he wanted his former girlfriend out of his life was convincing.

Los Angeles Superior Court Judge David J. Cowan said Redstone clearly stated his intentions. The 92-year-old, who controls CBS Corp. and Viacom Inc., said in video testimony that he wanted his daughter, Shari, to make medical decisions for him if he is incapacitated and that he no longer wanted his ex-girlfriend Manuela Herzer in his life.

Herzer had contended that Redstone lacked the mental capacity to expel her from his home last year. She filed a petition in November, alleging he could no longer make informed decisions for himself.

Attorneys for Redstone sought to dismiss the case during the first day of a competency trial that began Friday. The businessman has a serious speech impediment, relies on a feeding tube and requires 24-hour care, but his doctor has not declared him incapacitated.

Herzer's attorneys said the judge needed to allow the case to move forward so he could hear about manipulation of Redstone by his nursing staff and Shari Redstone.

They argued the judge should hear further testimony to keep Sumner Redstone's best interests in mind and consider whether his testimony — in which he called Herzer a two-word expletive and said he no longer loved her — had been coached.

Redstone's attorneys countered that the ailing mogul had clearly shown he knew what he wanted.

"In the interests of his privacy, dignity, legacy and family, Mr. Redstone respectfully renews his request that the court dismiss the petition and allow him to live out his remaining days in peace," his lawyers wrote in a motion seeking to toss the case.

They also said Herzer's medical expert, Dr. Stephen Read, acknowledged that Redstone understood what he was doing when he threw Herzer out of his life in October. Read also testified that he believed Redstone had a serious case of dementia.

The judge said Friday that Redstone's video testimony, which was recorded Thursday at his home, was compelling but asked attorneys for both sides to explain their best evidence in motions filed over the weekend.

"How can I sit here and say after listening to that video, 'No, you can't have what you want,'?" Cowan said.

Several days of testimony had been scheduled in the case, with witnesses expected to include numerous members of Redstone's nursing staff, Shari Redstone and Herzer.