Cardinals fined, must give up draft picks after Astros hacking scandal 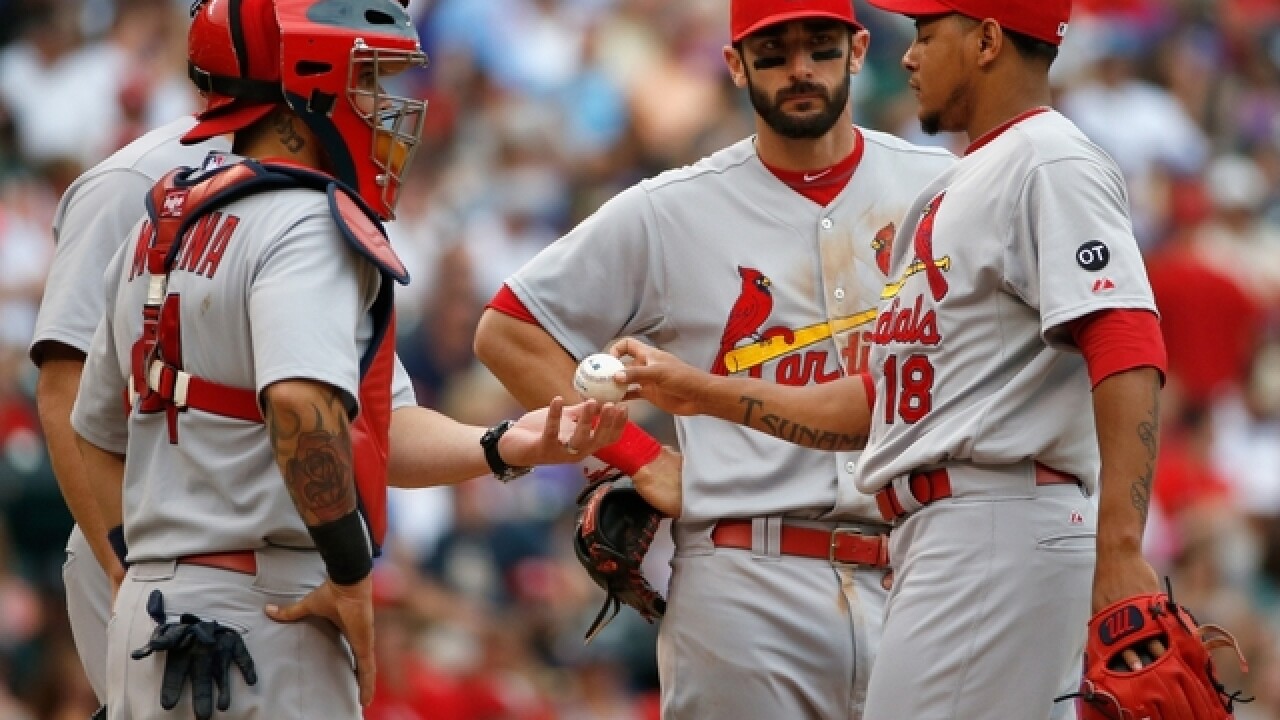 By: CNN
Posted at 3:43 AM, Jan 31, 2017
(CNN) -- Major League Baseball has ruled that the St. Louis Cardinals have to hand over their top two draft picks and pay the Houston Astros $2 million after Chris Correa, the team's former director of scouting was found guilty of hacking the rival team's player roster.
CNN St. Louis affiliate KSDK reports that the MLB Commissioner Rob Manfred ordered the unprecedented fine and draft pick ruling as a matter of the League's policy.
"Although Mr. Correa's conduct was not authorized by the Cardinals, as a matter of MLB policy I am holding the Cardinals responsible for his conduct," Manfred wrote.
"Mr. Correa held positions in the Cardinals' front office that enabled him to have input into his club's decisions and processes.
"As a result, I am holding the club vicariously liable for his misconduct."
St. Louis accepts fines
"We respect the Commissioner's decision and appreciate that there is now a final resolution to this matter," said Chairman and CEO William O. DeWitt Jr.
"Commissioner Manfred's findings are fully consistent with our own investigation's conclusion that this activity was isolated to a single individual."
The Houston team released a statement via Twitter.
Calling the decision "unprecedented," the Astros said that the organization supports the ruling.
"This unprecedented award by the Commissioner's Office sends a clear message of the severity of these actions," the statement reads.
"Our staff has invested a great deal of time in support of the government, legal and league investigations and are pleased to have closure in the issue."
Further punishment
In July, Correa was sentenced to almost four years in federal prison and fined almost $300,000. He has also been placed on the permanently ineligible list.
Correa worked for the Cardinals from 2009 to July 2015. Shortly after becoming the director of scouting in 2013, he accessed the Astros' Ground Control database on prospects.
According to authorities, Correa admitted to obtaining the password of an employee who left to work for the Astros. The employee was not identified, but Jeff Luhnow, the Astros general manager, left the Cardinals in 2011 to take the same position in Houston.
Prior to sentencing last year, Correa read a statement to the court expressing remorse for his actions.
"Overwhelmed with remorse and regret" for his actions, he said that he had "violated" his values.
"I behaved shamefully," he said. "The whole episode represents the worst thing I've done in my life by far."
The-CNN-Wire
™ & © 2017 Cable News Network, Inc., a Time Warner Company. All rights reserved.
Copyright 2017 Scripps Media, Inc. All rights reserved. This material may not be published, broadcast, rewritten, or redistributed.