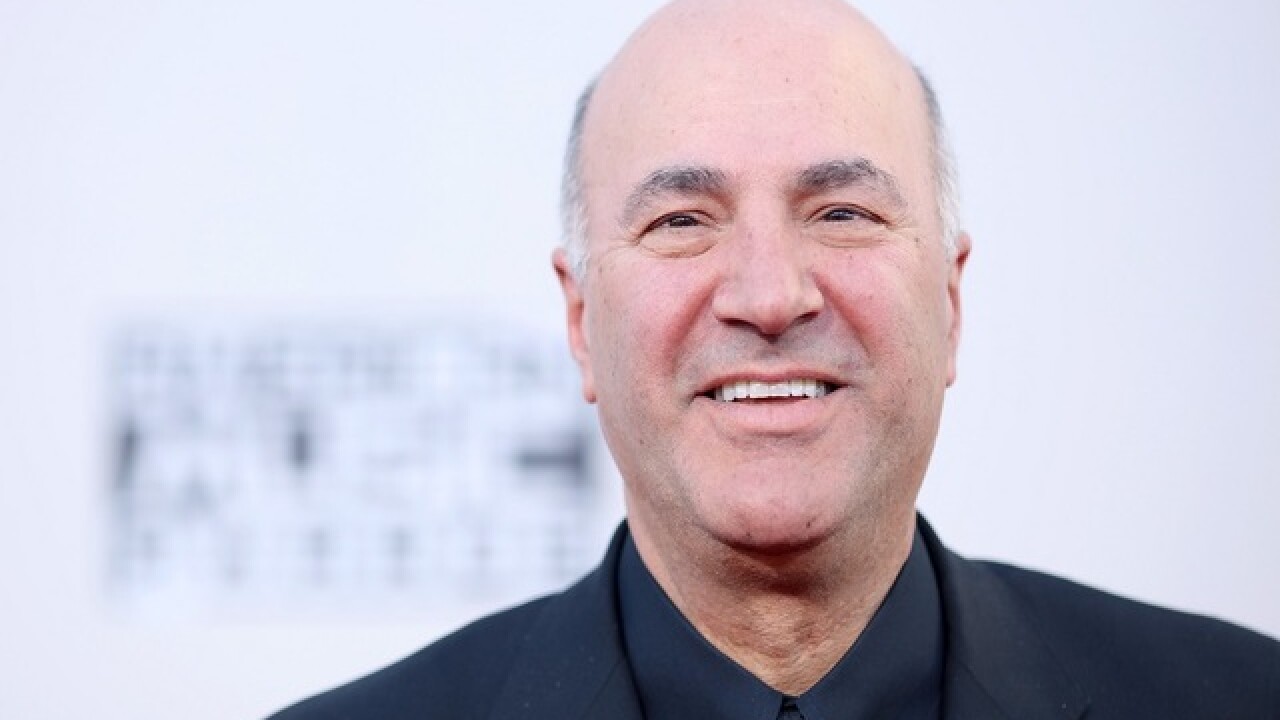 By: CNN
Posted at 1:44 AM, Jan 19, 2017
(CNN) -- Canada's got its own reality TV star vying for the nation's top job.
Kevin O'Leary, the business man-turned-reality TV star, announced Wednesday that he will stand in the now 14-person race to lead Canada's Conservative party.
The winner will likely challenge current Prime Minister Justin Trudeau in the country's 2019 federal elections.
"Canadians need a Prime Minister with a smart plan to kick start the economy; a Prime Minister who supports small businesses, who will fight for hard working Canadians and will stop wasting our money," O'Leary said in a statement on why he's running.
Canada's Trump?
The similarities between Trump and O'Leary, who is now the chairman of O'Shares Exchange Traded Funds, are undeniable on the surface.
Both Trump and O'Leary are businessmen who starred in reality TV shows (produced by Mark Burnett). O'Leary is a judge on "Shark Tank," a TV show in which entrepreneurs pitch their ideas to successful tycoons. If judges like the ideas, they'll invest. It's based on the British show "Dragon's Den."
Both are bombastic and plain-spoken -- "Archie Bunker with an MBA," as David Moscrop, a political scientist at the University of British Columbia, put it.
They're both fiscal conservatives with no actual political experience, who each argue that an outsider with business acumen is needed to put their respective governments in order.
And both face (or faced, in Trump's case) a large field of competitors.
But the similarities start to fade after that.
O'Leary and Trump are speaking to very different audiences and have very different policies outside of taxes and the economy, Moscrop says.
When Trump kicked off his campaign, he called Mexican immigrants "rapists" and "criminals." Building a border wall was one of his signature policy proposals.
"I'm the son of an immigrant from Ireland and from Lebanon," O'Leary told CTV News. "There are no walls in my world."
O'Leary supports access to abortion, which Trump proposed punishing women for at one point on the campaign trail (though he walked it back) and marijuana legalization.
Can he win?
The jury's still out on O'Leary's chances.
Moscrop thinks they're pretty low -- with the caveat that political predictions are not terribly reliable (as Trump's election proved.)
And, election rules could really hurt O'Leary. To vote for the Conservative party leader, you must be an active member of the Conservative party -- and pay a membership fee of $15.
"It's basically designed to prevent people like O'Leary," Moscrop says.
It's not a lot of money, but voters can't just show up at the polls the day of the election.
"Even if there is a population that wants O'Leary and is amenable to his style -- and there certainly is -- the fact that you have to have a membership is going to make a big difference," Moscrop says.
O'Leary also does not speak French, which could turn off the millions of Canadians for whom French is their first language.
All of that combined with the amount of time he spends outside of Canada -- he has a home in Boston -- has given his opponents enough ammunition to cast him as an outsider.
Is Trudeau losing his sheen?
More than a year after becoming Canada's Prime Minister, Justin Trudeau's honeymoon period seems to be ending, according to Moscrop.
An Ipsos poll conducted last month on behalf of Canada's Global News revealed that 67% of Canadians agreed strongly or somewhat that "the Trudeau government is more style than substance."
But he's still remarkably popular among his constituents, with six in 10 approving of the government's performance under his leadership.
O'Leary, however, thinks Trudeau has mismanaged the economy, isn't prioritizing job creation and needs to adapt to a new world order with Trump.
When it comes to the economy in Canada, it's all about oil. Natural resources made up 17% of GDP in the country in 2015 and accounted for $231 billion in exports.
Depressed global oil prices aren't something Trudeau or O'Leary can necessarily control, according to Moscrop.
Trudeau's government has looked to invest in green technology and committed to spend $5 billion on clean energy projects over a five year period, according to the Canadian Broadcasting Corporation.
But O'Leary argues that the Liberal government has mismanaged its own oil reserves and that its high taxes on oil, especially cap-and-trade programs, kill jobs.
"We spend $12 billion a year buying oil from Saudi Arabia, a country where they grow bamboo and beat the women with sticks. I'm not OK with that," O'Leary told the Toronto Star in an interview after his announcement.
"Justin Trudeau can't move the oil from where we have it -- Alberta -- to where we need it -- on the East Coast. That's failure, that's mismanagement, that's poor governance."
The-CNN-Wire
™ & © 2017 Cable News Network, Inc., a Time Warner Company. All rights reserved.
Copyright 2017 Scripps Media, Inc. All rights reserved. This material may not be published, broadcast, rewritten, or redistributed.