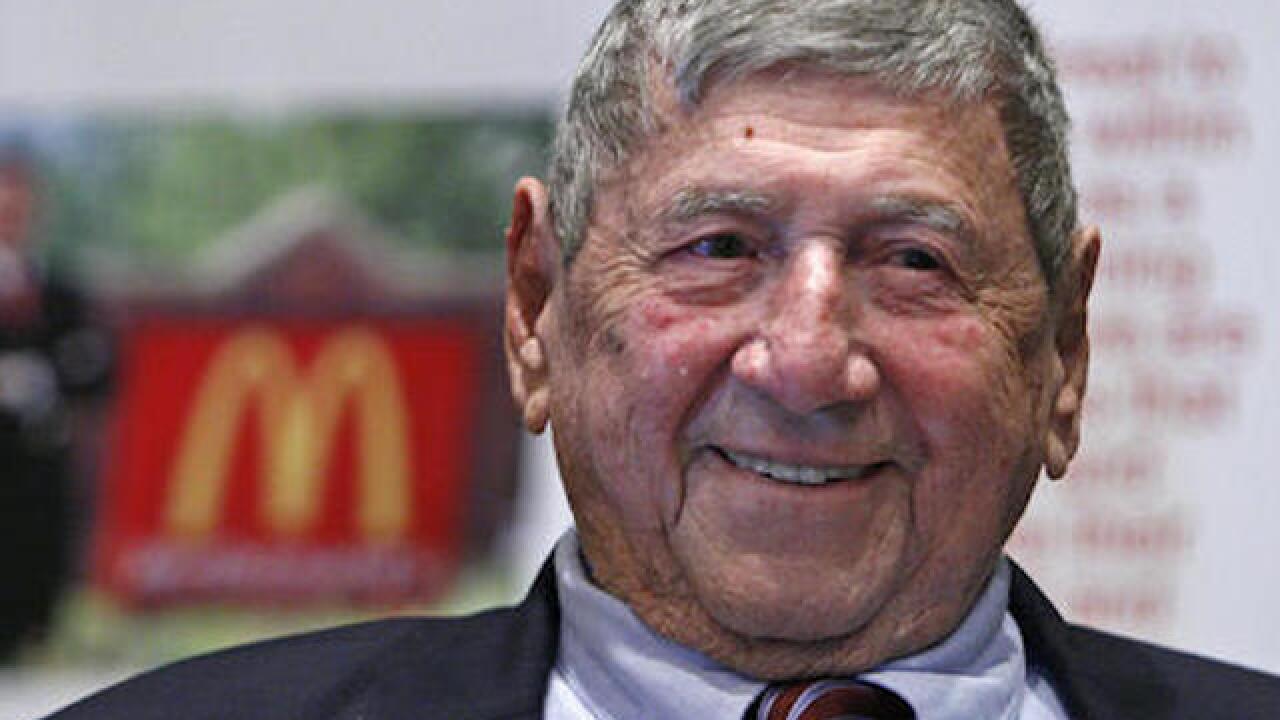 PITTSBURGH (AP) — The Pittsburgh-area McDonald's franchisee who created the Big Mac nearly 50 years ago has died. Michael "Jim" Delligatti was 98.

Delligatti's franchise was based in Uniontown when he invented the chain's signature burger with two all-beef patties, "special sauce," lettuce, cheese, pickles and onions on a sesame seed bun.

Delligatti told The Associated Press in 2006 that Oak Brook, Illinois-based McDonald's resisted the idea at first because its simple lineup of hamburgers, cheeseburgers, fries and shakes was selling well.

But Delligatti wanted to offer a bigger burger and it went over so well it spread to the rest of Delligatti's 47 stores, then went national in 1968.