Bangladesh's 'Tree man' has his hands back 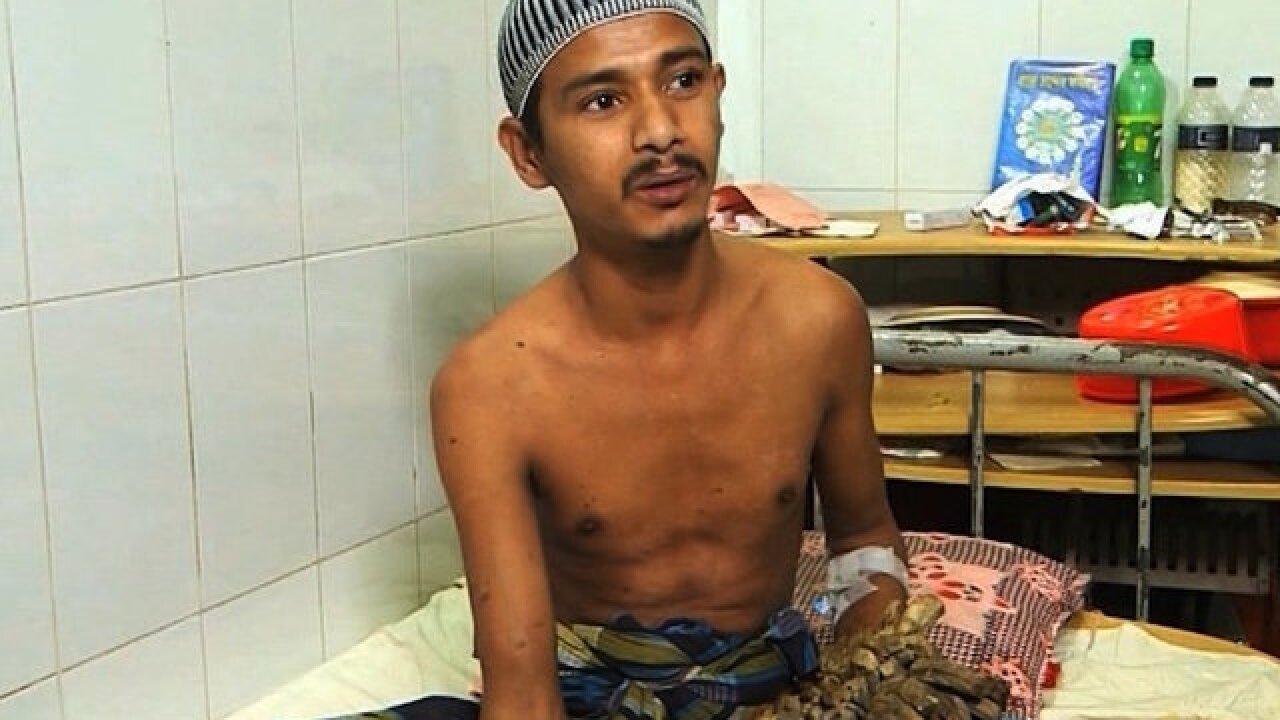 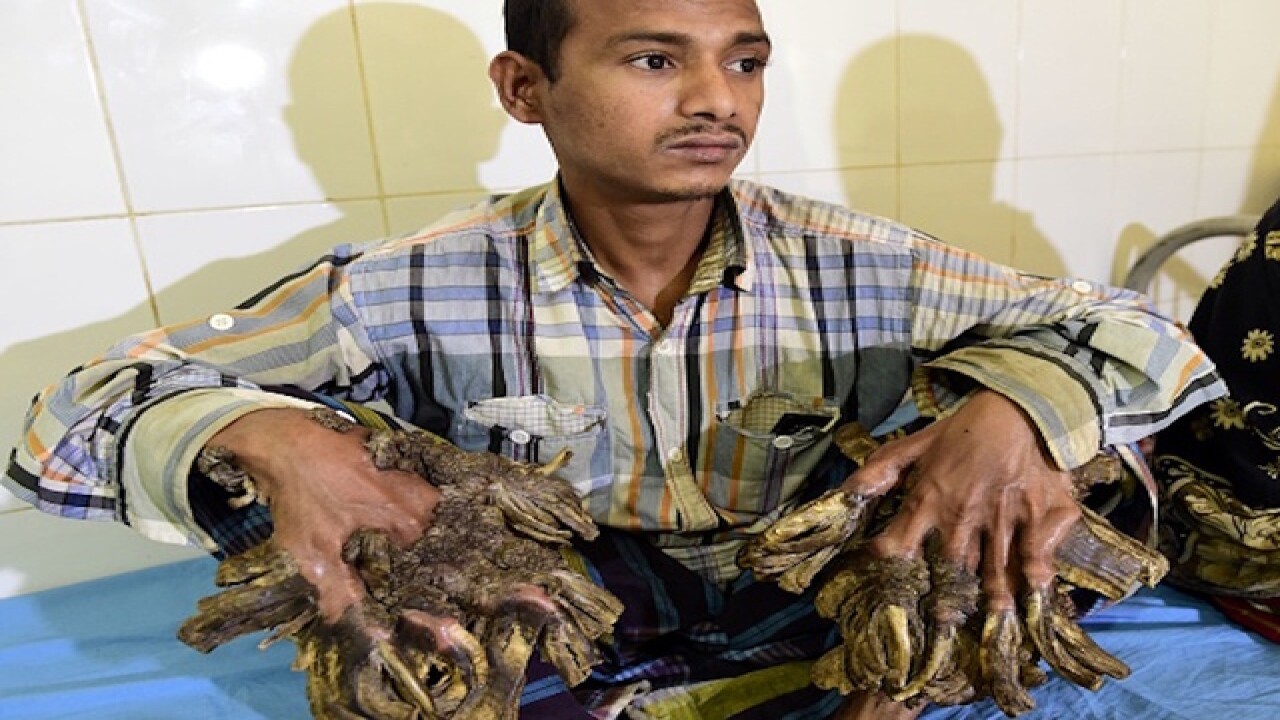 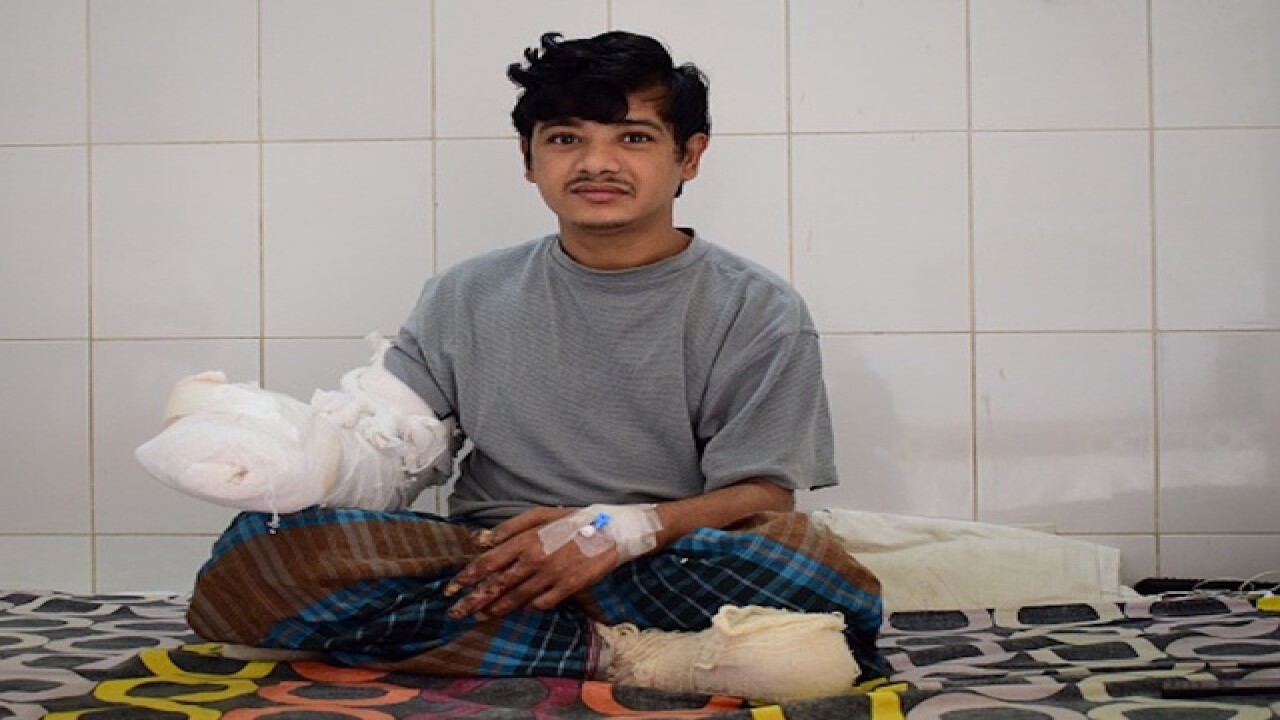 (CNN) -- The Tree Man is no longer. Thanks to some groundbreaking surgeries, he can go back to being Abul Bajandar, a 27-year-old father and husband from a small town in Bangladesh.

Bajandar suffered from a rare condition that caused his hands to sprout tree-like warts. He lived with it for years before beginning surgery to remove the growths last February.

Since then he has had 16 procedures to restore his hands, and will undergo a few more before he is released from the hospital.

Dr. Samanta Lal Sen, chief plastic surgeon at Dhaka Medical College Hospital, told CNN Bajandar is in "very good shape" now, and can eat and write using his own hands. The further procedures, he said, are more for "beautification."

A life nearly stolen by a curious disease

Bajandar suffered from epidermodysplasia verruciformis, a disease so rare there have only been a handful of reported cases around the world. It is caused by a defect in the immune system which increases one's susceptibility to HPV, or human papilloma virus.

Lal Sen told CNN last February that Bajandar first noticed the lesions when he was 10. Over time, the growths completely encompassed his hands, stealing his livelihood as a rickshaw driver and making him the subject of international news.

Before the surgery, Bajandra could not eat, drink, brush his teeth or take a shower by himself. The only thing he could do was scratch his neck.

"I want to live like a normal person. I just want to be able to hold my daughter properly and hug her," he told CNN last year.