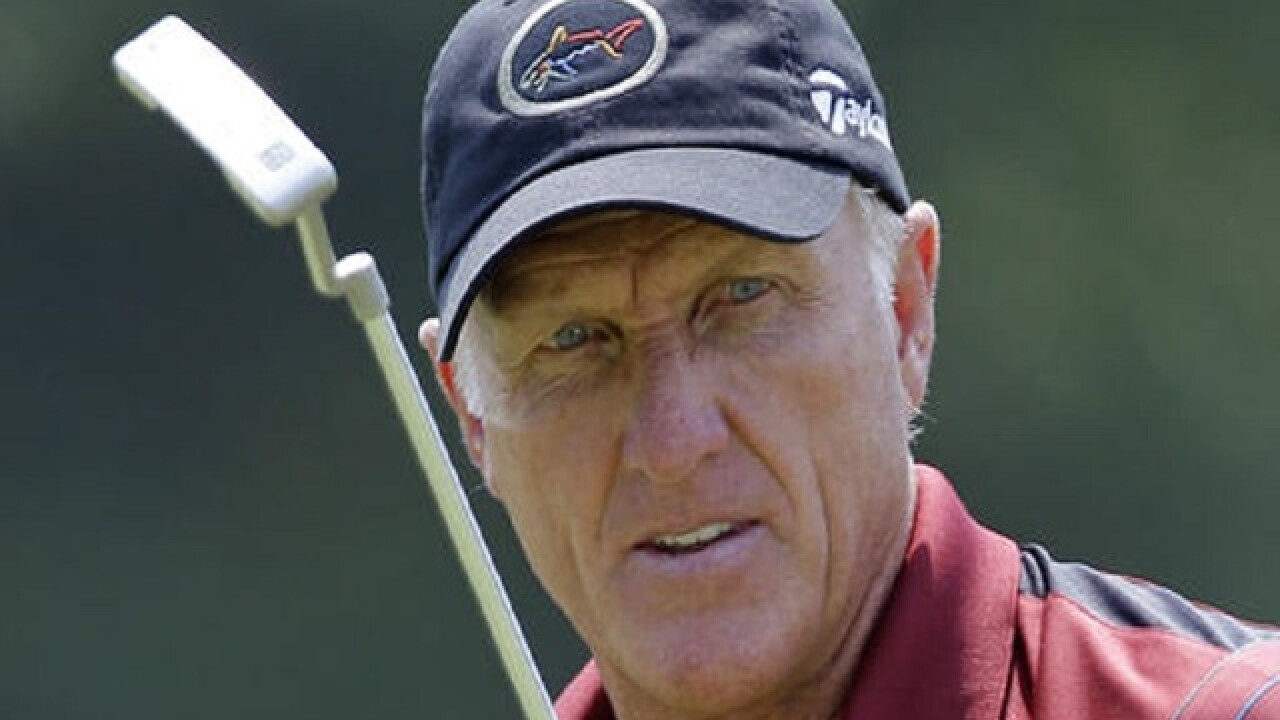 By: Associated Press
Posted at 10:15 PM, Nov 16, 2016
CANBERRA, Australia (AP) — Australia's prime minister beat other world leaders to an early call with President-elect Donald Trump by getting his cellphone number from Greg Norman, the golfing great said on Thursday.
Prime Minister Malcolm Turnbull said last week he had a warm and "very frank" 15-minute discussion with Trump within hours of the Republican nominee claiming victory in the presidential election.
The U.S.-based Australian golfer confirmed he gave Trump's number to Australia's ambassador to the U.S., Joe Hockey, after the election.
"It was a pleasure and an honor to facilitate the connection between P.M. Turnbull and President-elect Trump at the request of Ambassador Hockey," Norman said in a statement.
"I have great respect for both men who have been voted in by the people of their respective countries and I am fortunate enough to call Mr. Trump a friend, so I was happy to put them in touch to further the incredible long-standing relationship the two countries have experienced," he said.
Turnbull described Norman as "a great advocate for strengthening the Australian-American alliance."
Turnbull declined to explain why Australia did not have Trump's number before the election or say whether he had thought Democrat nominee Hillary Clinton would win.
"In diplomacy and politics, you use lots of networks and all I can say is we have great networks, great connections and Greg Norman is a great Australian," Turnbull told reporters.
Turnbull was the second world leader to call to congratulate the president-elect, Sydney's The Daily Telegraph newspaper reported. Egypt's President Abdel-Fattah el-Sissi has said Trump told him that he was the first world leader to get through.
The New York Times reported Tuesday that prominent U.S. allies were scrambling to figure out how and when to contact Trump in a sign that his transition was in disarray. At times, leaders had been patched through to Trump in his office block with little warning, an unnamed Western diplomat told the newspaper.
But Trump tweeted on Wednesday: "I have recieved (sic) and taken calls from many foreign leaders despite what the failing @nytimes said. Russia, U.K., China, Saudi Arabia, Japan, Australia, New Zealand, and more. I am always available to them."
Trump's staff have broken from tradition by failing to acknowledge phone calls or other contact with world leaders.
Norman wrote in a Newsweek opinion piece published Tuesday that he had spoken to Trump "on numerous occasions since the election and I think he will surprise many with what he will do with the presidency" with the help of a quality cabinet.
"I have spoken to the prime minister of Australia, Malcolm Turnbull, and he is onboard with wanting to see President-elect Trump succeed," Norman wrote.
Norman and Turnbull dined at Hockey's Washington residence on Sept. 23. Norman posted a photograph on his Instagram account of himself with Turnbull on that occasion.
Copyright 2016 The Associated Press. All rights reserved. This material may not be published, broadcast, rewritten or redistributed.