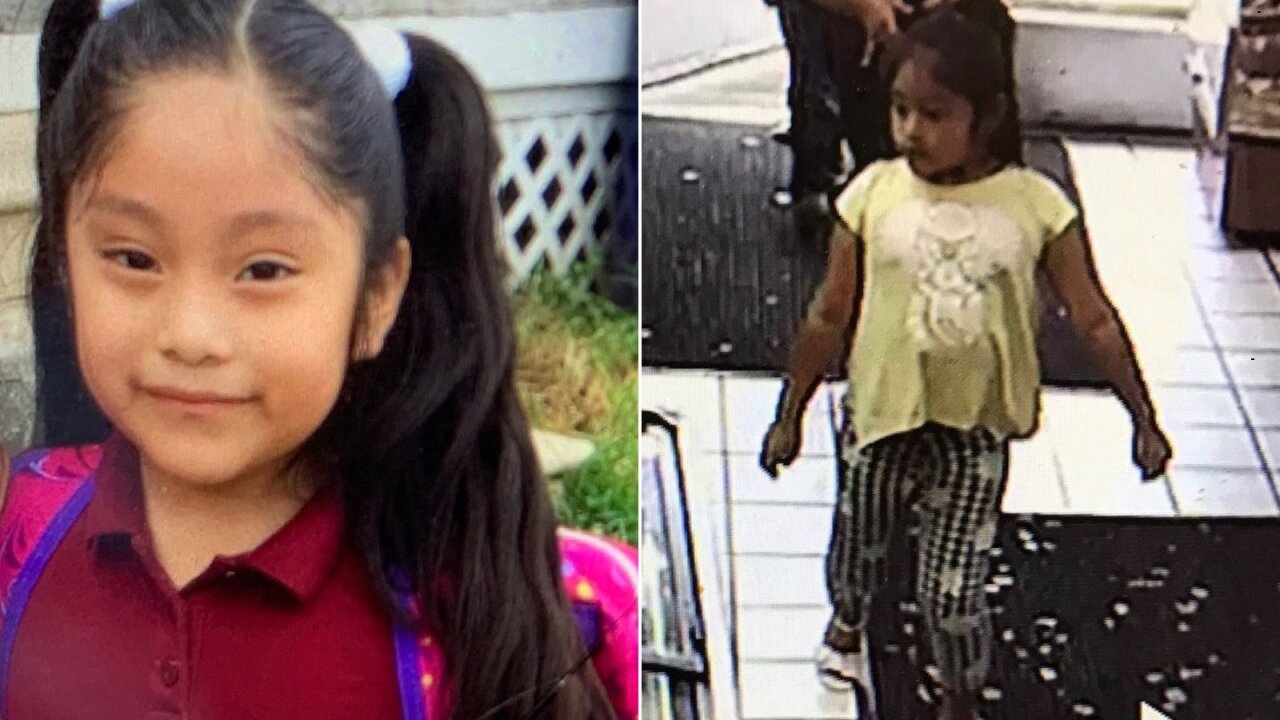 New Jersey officials issued a statewide Amber Alert for a missing 5-year-old girl who authorities say may have been abducted from a playground on Monday.

The child, Dulce Maria Alavez, may have been taken by a light-skinned, possibly Hispanic male, the Bridgeton Police department said . The possible suspect is described as between 5-foot-6 to 5-foot-8, with a thin build, no facial hair, and acne on his face. He was wearing orange sneakers, red pants and a black shirt, police said.

The man drove off with Dulce in a red van with tinted windows and a sliding passenger side door, the alert says.

Dulce was last seen wearing a yellow shirt with a koala bear on the front, black and white checkered long pants with a flower design, and white sandals, police said. She is 3-foot-5 and weighs 40 pounds, with black hair and brown eyes.

Officers responded to the Bridgeton city park's ball fields and playground area for a report of a missing child at about 4:50 p.m. Monday. The girl's mother told police that Dulce was playing on swings with her 3-year-old brother, as the mother remained about 30 yards away in her vehicle with an 8-year-old relative, police said.

The mother told police she observed the 3-year-old returning to her vehicle without his sister, and she was unable to locate her daughter, police said.

Bridgeton Police Chief Michael Gaimari issued the Amber Alert after interviewing and re-interviewing people who were in Bridgeton's city park near the ball fields on Monday afternoon.

Police searched all day Tuesday with more than 50 officers from agencies across the county, city and state. Gaimari also said a waterway was drained by city workers to help in the search.

Police said to call 1-800-CALL-FBI with tips or information about the Amber Alert.