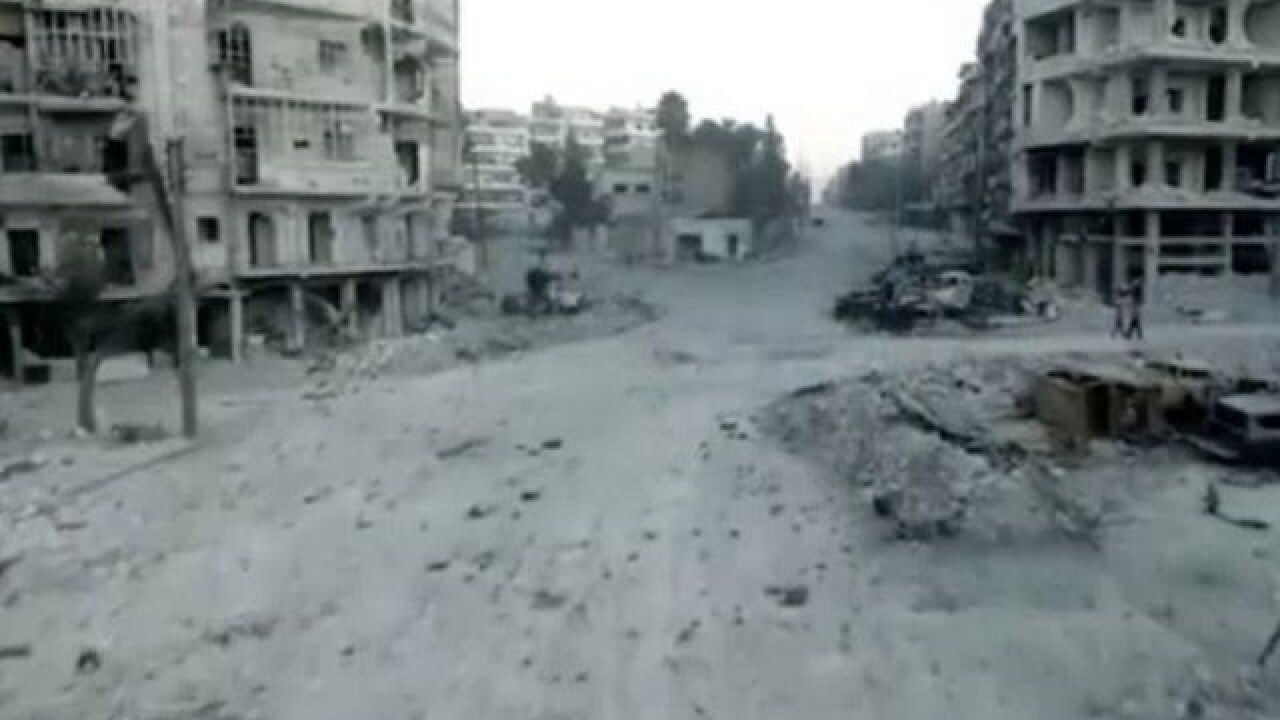 (CNN) -- Preparations are underway to evacuate injured civilians and rebel fighters from rebel-held pockets of Aleppo, according to multiple sources.
Activist Abdul Fattah Sheikh Omar, who is in the eastern part of the stricken northern Syrian city, tells CNN the wounded are still waiting to leave and that no one has yet been evacuated.
The International Committee of the Red Cross (ICRC) tells CNN that 100 ICRC and Syrian Red Crescent staff and volunteers inside Aleppo are standing by and ready to assist them.
Meanwhile, Russia's military is preparing to evacuate the remaining militants from east Aleppo, according to a tweet on Russia's state-run Russian news agency. Sputnik is also reporting that those evacuated from East Aleppo will go to Idlib, "under Putin's order".
Rebels said a new ceasefire agreement was reached overnight after a previous one collapsed in under 24 hours.
CNN cannot independently confirm that all parties have agreed to the latest deal but reports from the city said things were generally calm. The original ceasefire collapsed less than a day after it began.
Deaths were reported on both sides Wednesday, while some 50,000 civilians are thought to remain inside the small pocket of eastern Aleppo still under rebel control.
Latest developments
Diplomats from Turkey, Russia and Iran will meet December 27 in Moscow to discuss the situation in Aleppo UN human rights chief says resumed bombardment in Aleppo likely a war crime Turkish President Recep Tayyip Erdogan accuses Syrian regime of breaking ceasefire Iranian President Hassan Rouhani called Syrian President Bashar al-Assad to congratulate him, state media says
Ceasefire a 'false hope'
UN High Commissioner for Human Rights Zeid Ra'ad Al Hussein said he was appalled by the swift collapse oft the initial ceasefire agreement.
"While the reasons for the breakdown in the ceasefire are disputed, the resumption of extremely heavy bombardment by the Syrian government forces and their allies on an area packed with civilians is almost certainly a violation of international law and most likely constitutes war crimes," he said in a statement Wednesday.
An Aleppo resident who spoke to CNN on condition of anonymity gave a harrowing account of the scene at a hospital in a rebel-controlled part of eastern Aleppo.
"I thought I walked into a slaughterhouse. There were dead bodies everywhere," the resident said. "There were many, many, wounded people. The doctors are not able to cope with the load anymore. They ran out of plasma and other medical supplies."
In rebel-held areas, food and supplies are running out, the resident said. "People are living on the very last remaining sacks of baking flour they have. They are using wood from furniture they take from the house to use for cooking. There is no more cooking gas."
Speaking to CNN from Aleppo Wednesday night, ITV correspondent Dan Rivers described what he said was a "constant percussion of artillery tank-fire."
"We've seen rockets streaking behind us," he said.
The Syrian regime is on the brink of taking the whole city of Aleppo, having made sweeping gains in just over two weeks since its forces, backed by airstrikes, entered the enclave by ground.
Rebel groups held eastern Aleppo for more than four years after the Arab Spring uprising, and a regime siege on the area had essentially cut it off from the outside world, sparking a humanitarian crisis.
If the regime does take control of the key city, it would mark a turning point in the brutal five-year civil war that has killed hundreds of thousands of people.
'Why are you silent?'
Turkish President Recep Tayyip Erdogan on Wednesday accused the regime of breaking the truce.
"Turkey will not leave the people of Aleppo alone," he said, according to state-run news agency Anadolu.
"I call all parties and international society to respect the ceasefire, to support it. A humanitarian corridor should be open and innocent people should be able to leave with no obstacle and sabotage. People of Eastern Aleppo should leave safe and sound."
The top diplomats of Turkey, Russia and Iran are set to meet on December 27 in Moscow to discuss the situation, Anadolu reported Wednesday, citing Turkish Foreign Minister Mevlut Cavusoglu.
But diplomatic efforts so far have seemed to have little impact on the streets of Aleppo, where the situation Wednesday appeared increasingly grim.
Fatemah Alabed, the mother of a 7-year-old girl whose tweets from the city have captured the world's attention, said intense bombing was taking place, asking: "Why are you silent? Why?"
Alabed also tweeted directly to Cavusoglu, saying they had hope Tuesday, "but what's happening now? Please help us now. No more time left."
Cavusoglu responded, saying "Keep your hope my sister. Turkey hears your call."
CNN's Impact Your World team has ways viewers/readers can help Syrians. Please visit CNN.com/impact
CNN's Catherine E. Shoichet, Angela Dewan, Sonia Moghe, Waffa Munayyer, Richard Roth, Merieme Arif, Joel Williams, Fred Pleitgen, Alexander Felton, Kareem Khadder, Jomana Karadsheh, Eyad Kourdi, Basma Atassi, Hilary Clarke, Kara Fox, Eliza Mackintosh, Ghazi Balkiz and James Masters contributed to this report.
The-CNN-Wire
™ & © 2016 Cable News Network, Inc., a Time Warner Company. All rights reserved.
WSYM