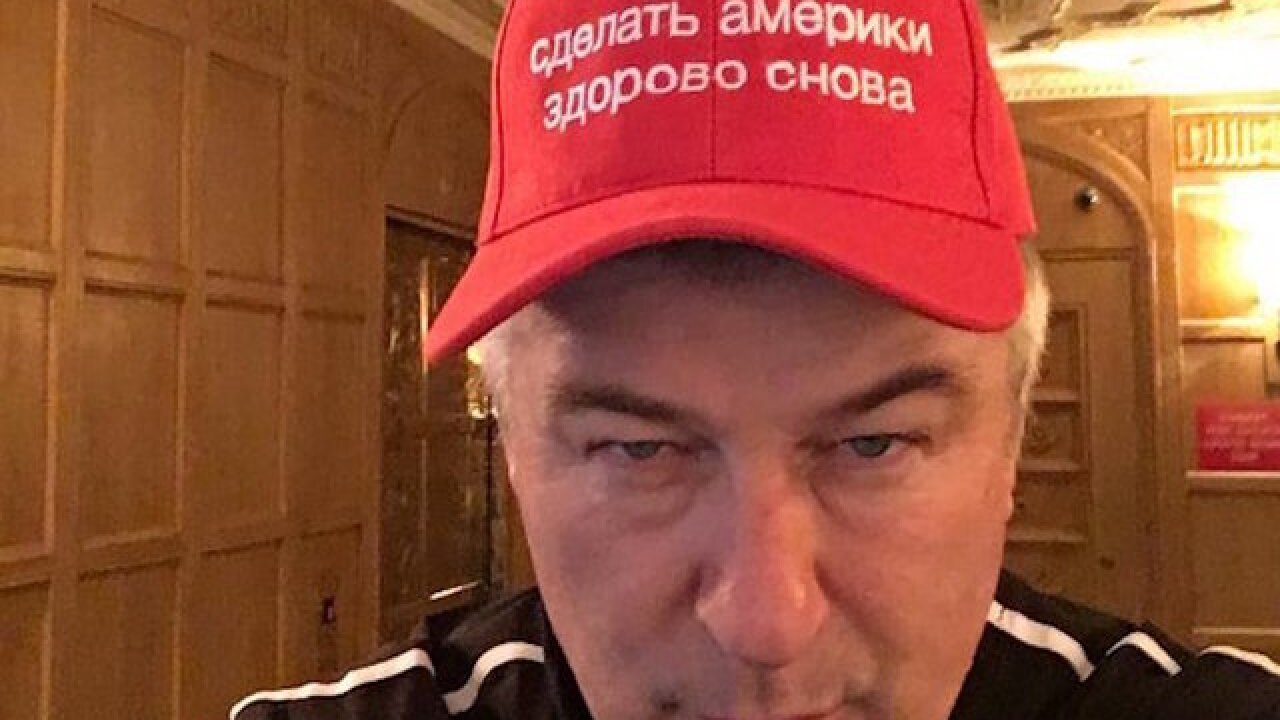 (CNN) -- Alec Baldwin has been satirically portraying Donald Trump on "Saturday Night Live," but even with the program on break, he's still managed to poke fun at the President-elect.

In a photo posted on Baldwin's Instagram account, Baldwin is wearing a red cap with the Trump campaign slogan "Make America Great Again. " But it's written in Cyrillic, the Russian alphabet.

A US intelligence report said Russia is behind the hacking meant to target the recent US presidential campaign. But Trump downplayed Russia's role after a briefing with top US intelligence officials.

The first word means "Make," the second is "America," in Russian, the third word is "Fantastic" or "Great" and the last word is "Again," they said. But the phrase contains improper grammar.

Former CNN Moscow bureau chief and CNN Contributor Jill Dougherty said this is not at all how Russians would say it or write it and wouldn't be surprised if Baldwin came up with the phrase by plugging it into Google Translate.

"In fact, we just Google translated it, and it's translated exactly like on the cap," Dougherty said.

The "30 Rock" star has been vocal about not supporting Trump.

Trump himself tweeted in October that Baldwin's "portrayal stinks" and that it's "time to retire the boring and unfunny show."