ACLU brings in $24.1 million in donations over weekend 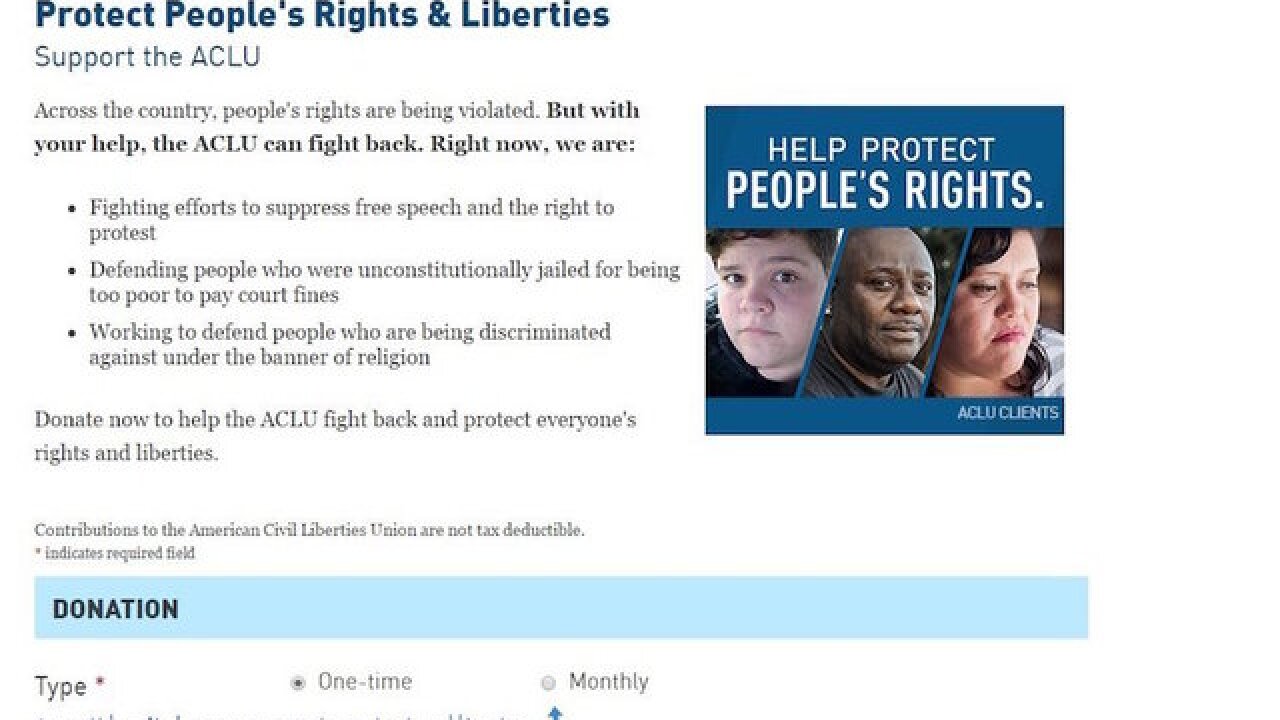 In a normal year, the activist group makes about $4 million a year in online donations. In one weekend, it raised six times as much money.

Officials at the ACLU said they were stunned and gratified by the surge in financial support.

It came on the same weekend that the ACLU and its allies successfully challenged portions of President Trump's travel ban in court.

Many celebrities and Silicon Valley luminaries encouraged their social media followers to support the group, and some even pledged to match some donations.

"The ACLU took Trump to court. Let's stand with them. Reply with donation receipts from today and I'll match to $25,000," venture capitalist Chris Sacca tweeted on Saturday. As replies poured in, Sacca doubled and tripled his match offer, then said he was "matching my own match and giving $150,000."

Rosie O'Donnell, Sia and Judd Apatow are some of the entertainers who joined in.

By Sunday evening, the ACLU said it had received $19.4 million in donations. At the end of the night, the group ran "one last set of numbers" for the weekend, according to a spokesman, and ended up at $24,164,691.

The donations came from 356,306 people, many of whom had never supported the group before.

The spokesman's one word reaction: "Wow."

The ACLU's membership rolls had already been on the rise, partly as a reaction to Trump's presidency.

The group plans to increase its staffing thanks to the newfound donations. It is preparing for more legal challenges.

Anthony Romero, the executive director of the ACLU, appeared on CNN's "Fareed Zakaria GPS" on Sunday and said he expects the travel ban case to reach the Supreme Court.

"Our nation is a nation of immigrants," Romero told Zakaria. "We have welcomed refugees to our shores. Refugees in particular are among the most vulnerable individuals, and the idea that we would try to shut them out because of the fearmongering, the xenophobia that President Trump has now engaged in, we find very troubling."