7 dead in latest China mine blast; 60 miners killed in week 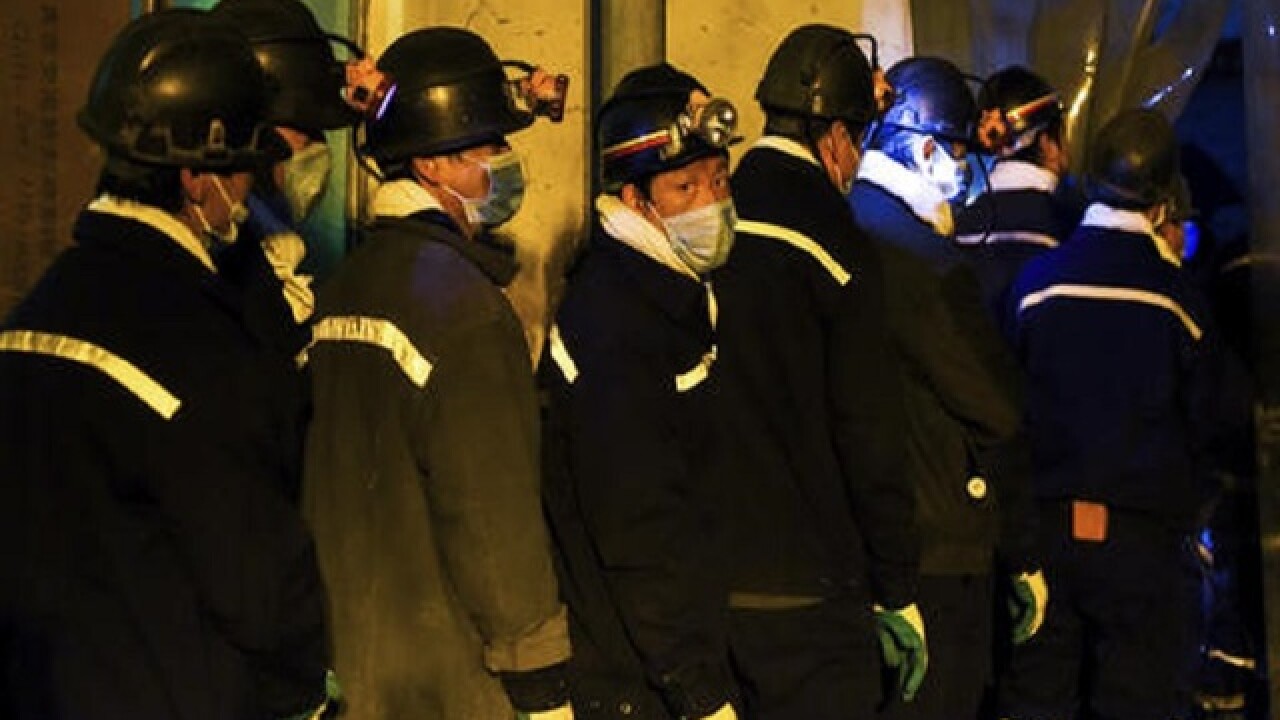 Lian Zhen
<p>In this photo released by Xinhua News Agency, rescuers prepare to enter the accident site to search for trapped miners after a gas explosion at the Baoma Mining Co. Ltd. in the city of Chifeng, north China's Inner Mongolia Autonomous Region, Sunday, Dec. 4, 2016. More than dozen miners were confirmed dead Sunday in the second coal mine explosion in a week in China, state-run media reported. (Lian Zhen/Xinhua via AP)</p>

BEIJING (AP) — Seven coal miners are dead and another four still missing after a gas explosion in a central province in the latest deadly accident to strike China's mining industry, authorities said Wednesday.
Rescuers were still trying to reach miners trapped underground after the Monday night blast in Hubei province, according to a statement from the local propaganda department. Rescue workers are pumping air into the mine shaft to aid the rescue effort.
Five miners were able to escape immediately after the blast.
It was the third major mining accident in one week, causing a total of 60 deaths.
China is the world's top producer and consumer of coal. Deadly workplace events occur frequently despite a stated public commitment to improving worker safety.
The recent series of accidents appears to be a setback for such efforts, prompting new reminders from the government industrial safety watchdog for mining operations to prioritize safety over profits.
China is trying to balance the vast energy demands of the world's most populous country — and an industry that is the lifeblood of several regions — with its commitment to reduce carbon emission as part of the Paris climate agreement. Air pollution that often smothers Beijing and other major cities has provided an additional impetus, amid rising concerns over the effect on health and quality of life.
Facing rising energy prices ahead of winter, government economic planners responded in October by lifting a cap on the number of coal production days for "efficient" producers. But unlicensed mining operations abound and are often responsible for mining accidents.
Copyright 2016 The Associated Press. All rights reserved. This material may not be published, broadcast, rewritten or redistributed.