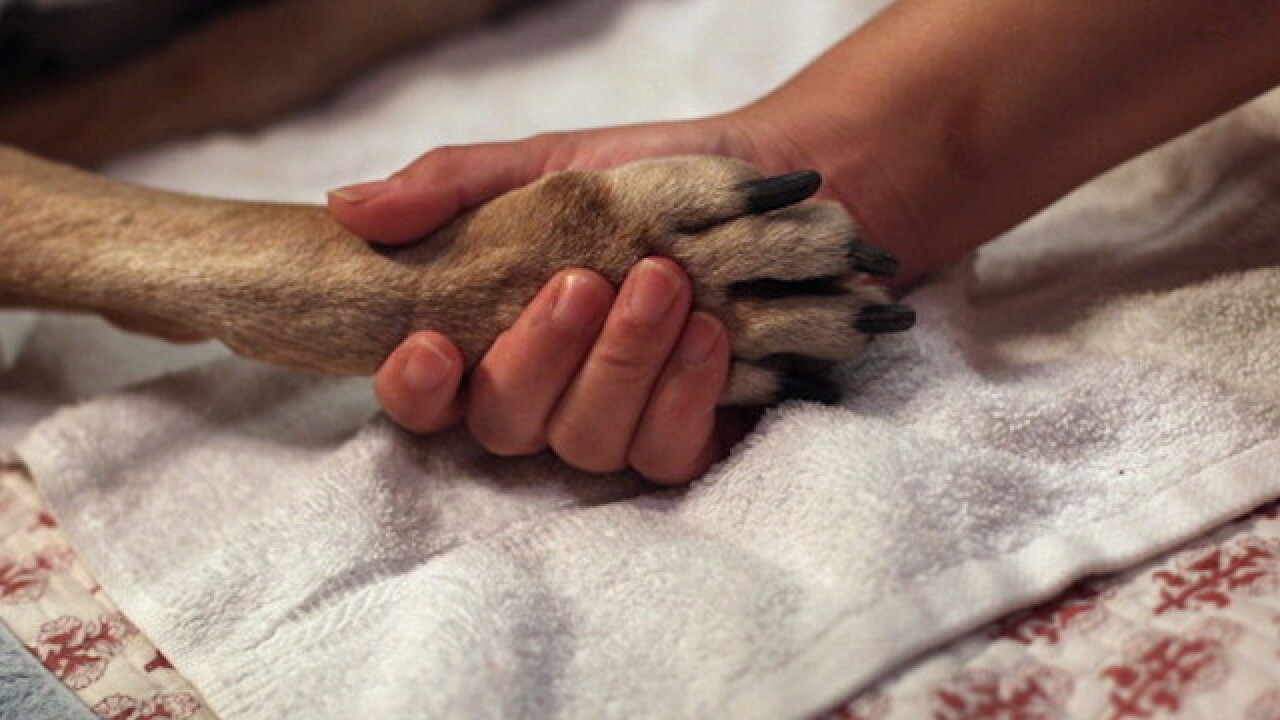 John Moore
<p>NEW YORK, NY - MAY 09: Tomo McLoyd holds the paw of her dog Rocky, 14, as veterinarian Wendy McCulloch euthanizes the pet at their apartment on May 9, 2012 in New York City. McLoyd had made the difficult decision to call McCulloch to perform the procedure after the pet could no longer walk. End of life issues have become increasingly important for pet owners, as advanced medical treatments and improved nutrition are extending pets lives well into old age. (Photo by John Moore/Getty Images)</p>

NEOSHO, Mo. (AP) — Authorities say 53 puppies died of overheating when they were left in a box truck parked outside a home in southwestern Missouri.

An employee of RDR Transport was struggling to keep the puppies warm Sunday night because temperatures outside were in the single digits and the vehicle's heater was malfunctioning, said Newton County Chief deputy Chris Jennings. He said the worker added an extra heater but found the puppies dead upon returning to check on them about 90 minutes later.

Renee Ray, an owner of the Neosho-based animal transport company, said some puppies survived and were treated by veterinarians.

"We realize this accident paints a frightening and emotional picture which some groups may use to try and vilify my business," Ray said in a statement that was obtained by KOAM-TV. "Everyone here at RDR Transport loves what we do and the puppies we transport."

The sheriff's department doesn't plan to seek charges, but the U.S. Department of Agriculture is looking into the deaths to determine if animal welfare laws were broken.

"These people are out tons of money," Jennings said of the trucking company. "There is no reason to think this is intentional. It's just a horrible accident. I'm a big animal lover, and I hate it. But if it's an accident, we can't charge anybody."

According to USDA records, Ray was at one time licensed as a breeder, although the business canceled the license in December 2015. A 2015 inspection report from Ray's breeding business named RDR Limited showed violations for not providing raised resting surfaces for nine kittens and for having a French bulldog in a holding facility that was too small, The Joplin Globe reported.

Inspection reports in 2014 and 2015 from Ray's transport company said it complied with all inspection service regulations.