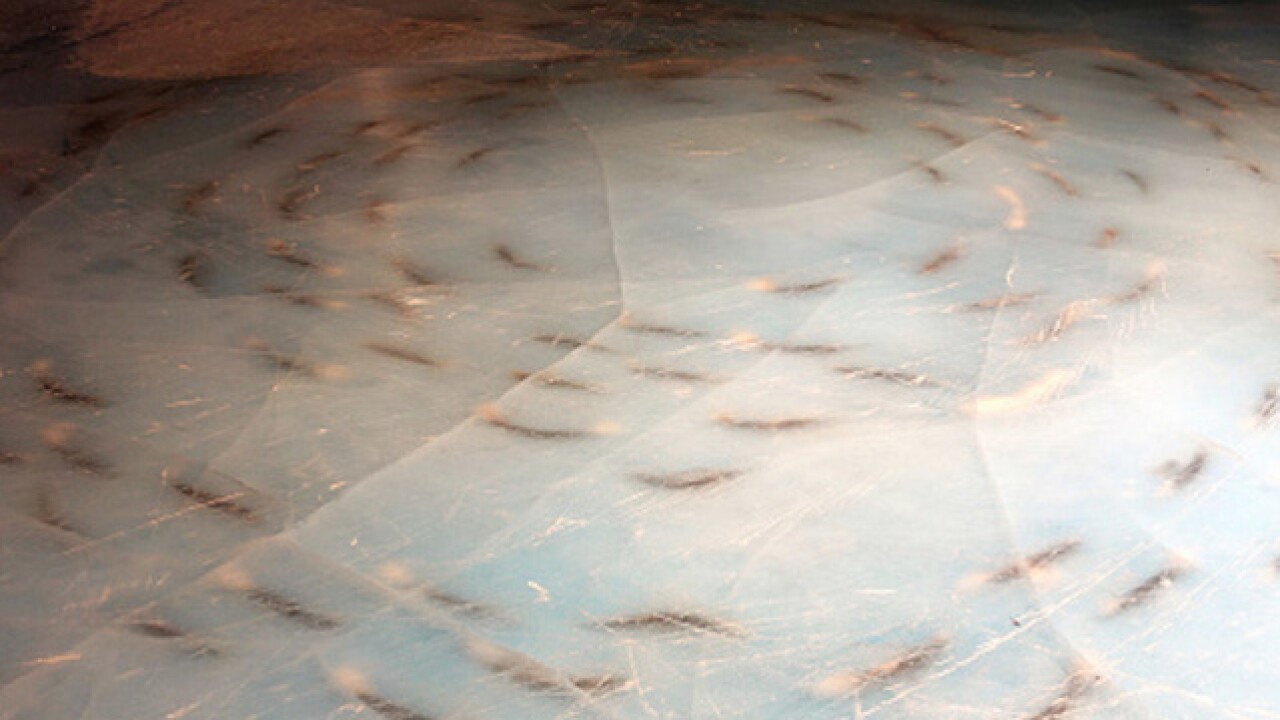 Copyright Getty Images
The Asahi Shimbun
<p>KITAKYUSHU, JAPAN - NOVEMBER 26: (CHINA OUT, SOUTH KOREA OUT) A school of dead fish embedded in the skating rink at the Space World amusement park on November 26, 2016 in Kitakyushu, Fukuoka, Japan. An amusement park was forced to put a skating rink over thousands of frozen fish in the deep freeze after it came under a storm of criticism as being cruel and immoral. </p>

TOKYO (AP) — An amusement park in western Japan sparked an uproar after it displayed about 5,000 dead fish in the ice at a skating rink, forcing the park to close the attraction.

Space World received a flood of criticism on social media after opening the rink on Nov. 12. It was closed Sunday.

About 25 different kinds of fish could be seen under the 250-meter (820-foot) -long ice circuit. The park in the city of Kitakyushu opened the "Ice Aquarium" as an "attraction never heard about."

Japanese broadcaster NHK showed the fish frozen in ice on a blue floor, so it looked like they were swimming below the ice. Some formed a school to spell out "HELLO" or make an arrow-shaped sign in the ice.

The general manager of Space World, Toshimi Takeda, said many critical messages were posted on social media, some condemning the concept as abusing living things.

Takeda said that the fish in the ice had been intended "to give the feel of the ocean to the ice skating rink," and that the amusement park is "extremely remorseful to have invoked such unpleasant feelings."

Space World said the fish were purchased from a fish market, and were dead before the water was frozen. The operator plans to hold a memorial service for the fish once they're taken out of the ice.