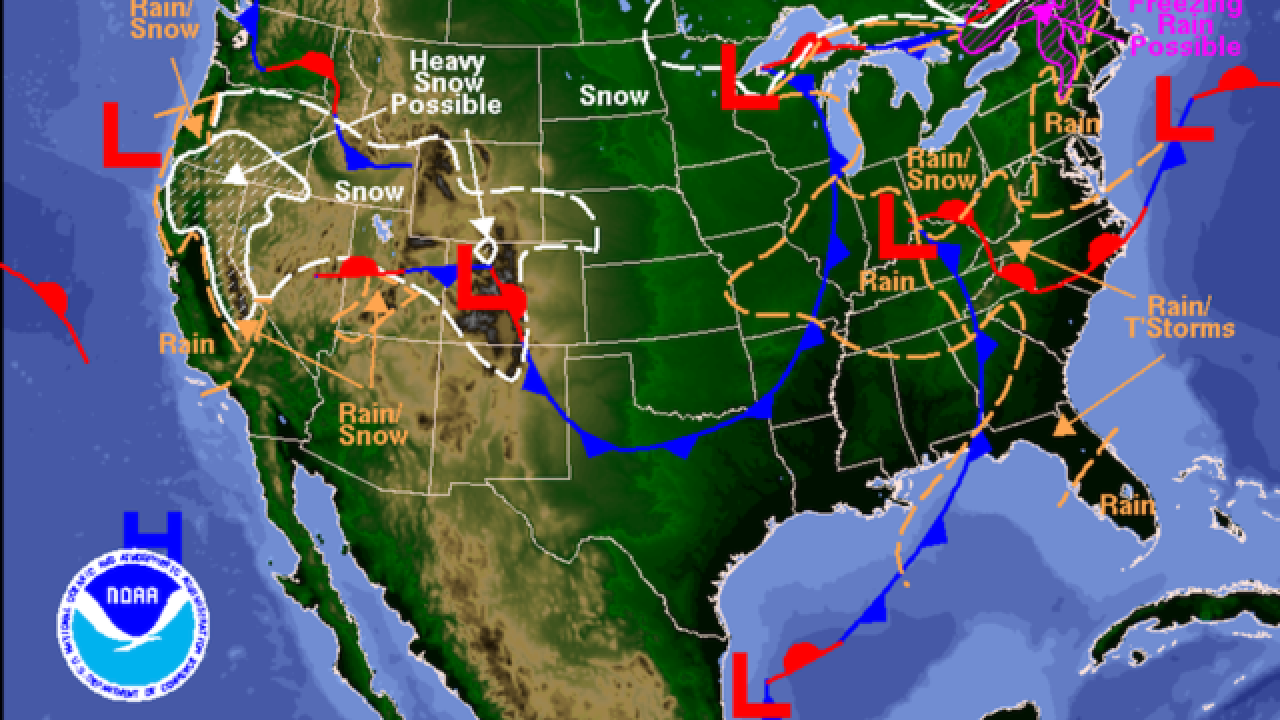 (CNN) -- Four people were killed when a tree fell on a home as a tornado swept through a rural Alabama community on Monday evening, authorities said.

The four were in a residence in the unincorporated community of Rehobeth when the storm struck. Crews were still working late Monday to remove the bodies from the structure, said Kris Ware, spokesman for the Houston County Emergency Management Agency.

The National Weather Service reported that a tornado was in the area at the time of the incident. Its size and strength will be determined when survey crews have examined the extent of the damage.

The four victims were killed when the tree crashed through the roof of the home, county EMA Director Chris Judah said.

Ware said there were no immediate reports of other people being injured in the incident. Rehobeth is near Dothan, in southeastern Alabama.

Authorities in Florida said a man drowned near his home after a storm swept through Walton County. There were no immediate details on how the drowning happened, but it was being treated as accidental, the Walton County Sheriff's Department said in a statement.

The Mississippi Emergency Management Agency on Monday evening said it had received reports of damage to homes, downed power lines and trees -- and extensive flash flooding. There were nearly 20,000 customers without power, the agency said. No injuries had been reported.

Monday's severe weather affected communities along the Gulf Coast from Louisiana into Georgia with heavy rains all throughout the Southeast, CNN meteorologist Michael Guy said.

The severe weather threat was expected to move through south Georgia early Tuesday and continue toward the low country of Georgia and South Carolina. Heavy rain will move into the Mid-Atlantic region and up through the I-95 corridor.

The metro areas of Philadelphia, Washington and New York were expected to see heavy rain by mid-morning.